'He’s in the media for such statements': Maxwell responds to Sehwag's cheerleader comment 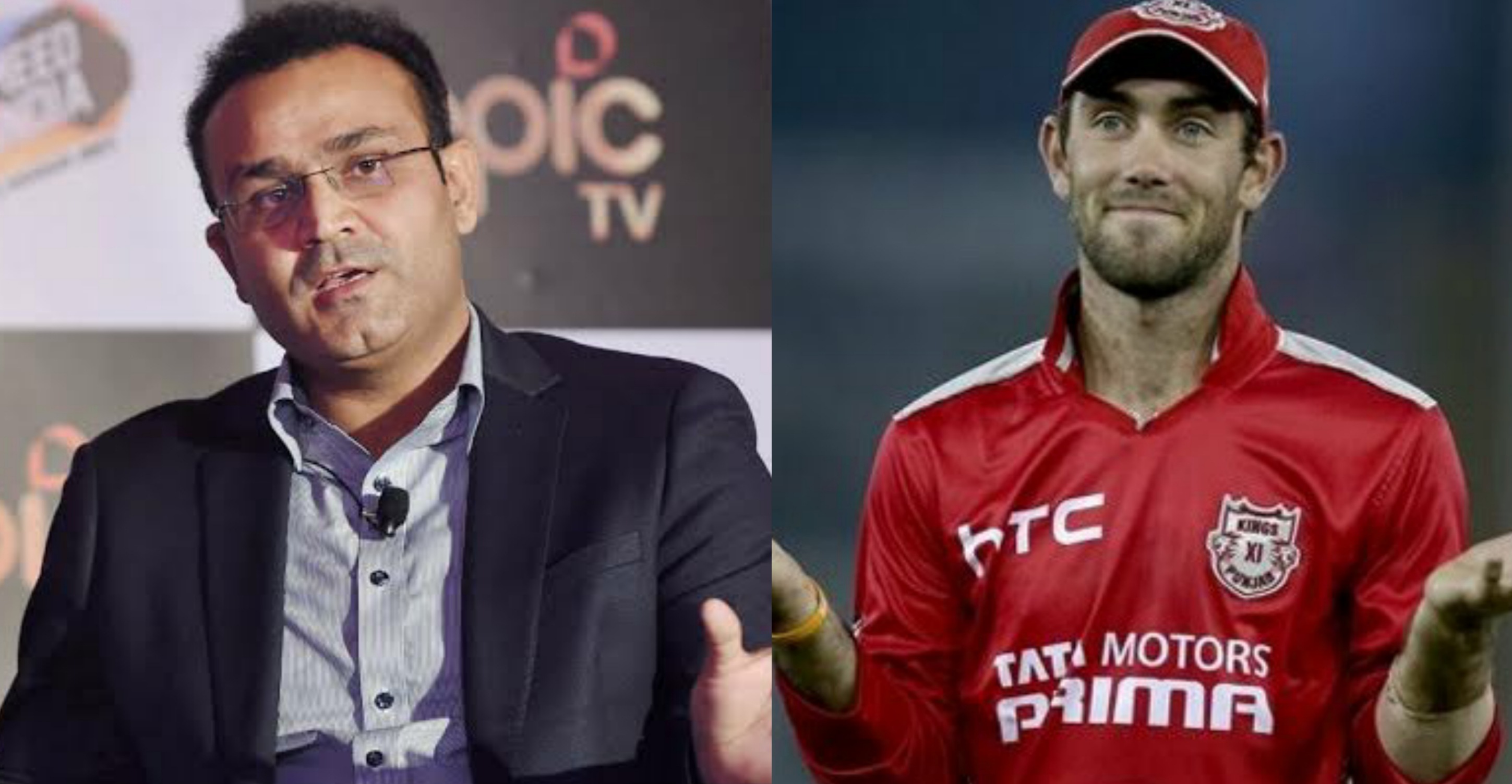 Australian all-rounder Glenn Maxwell had a forgettable IPL season in the United Arab Emirates recently. The Kings XI Punjab had gained his services after splurging over 10 Crores in the auction. Unfortunately, The Big Show failed to live up to the expectations.

The Mohali-based franchise needed a proper finisher who could take the team’s total to the next level with some big shots in the slog overs. While Nicholas Pooran played his role to perfection, Maxwell could not support him much.

Many fans expected Maxwell to light up IPL 2020 because he had an excellent IPL record in the Gulf country. Also, when he fired for the Kings XI Punjab in 2014, the franchise reached their first IPL final.

Since Maxwell could not be a hit for the Kings XI Punjab, the team’s former opening batsman Virender Sehwag put him in his ‘flop’ category. Sehwag made a video where he picked the top five flops of the IPL 2020 competition.

He described Glenn as a ‘10 crore’ cheerleader for the IPL 2014 runner-up. This comment angered the Australian cricketer’s fans. But Maxwell has respected his senior and not taken the comment seriously. Here’s what the all-rounder told the West Australian:

“It’s ok. Viru is pretty outspoken with his dislike of me, and that’s fine. He’s allowed to say whatever he likes. He’s in the media for such statements, so that’s fine. I deal with that and move on, and take it with a grain of salt with Sehwag.”

Glenn Maxwell is a part of the Australian ODI and T20I squad that will face the Indian cricket team in the upcoming tour. The first ODI match between the two heavyweights will happen on 27th November at the Sydney Cricket Ground. It is noteworthy that Virender Sehwag is a part of the commentary panel for this series.