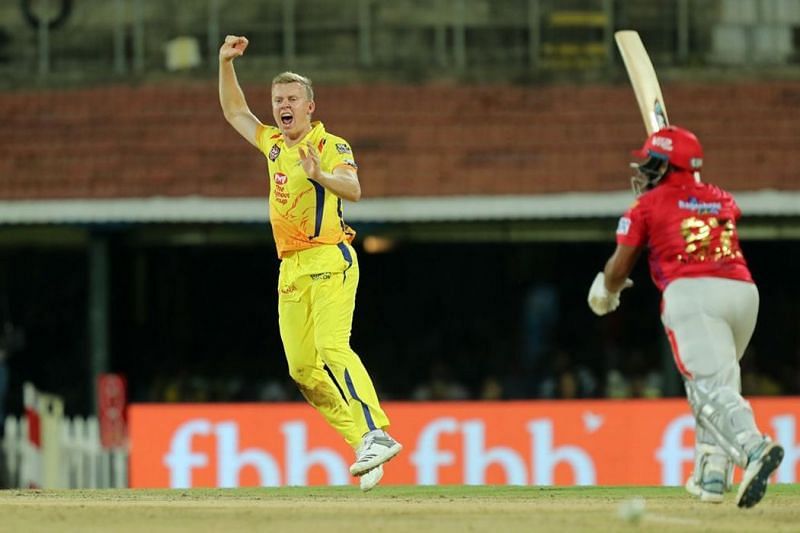 After Kane Richardson left RCB citing bubble fatigue, Scott Kuggeleijn, a part of Mumbai Indians reserve, will now be moving to the Challengers.

He was a part of the Chennai squad in the 2019 IPL campaign and managed to rake up two wickets from the eight overs he bowled. He had an expensive economy rate of 8.87 that bogged down Chennai from playing him further.

The Kiwi fast bowler joined the Mumbai reserves a couple of days back after many back-outs from the fray. However, before he could gain anything significant for the defending champions, he was summoned by Royal Challengers Bangalore to replace the likes of Kane Richardson.

Scott Kuggeleijn - who has been part of the #IPL2021 bubble as a reserve for Mumbai Indians - moves to RCB as a replacement for Kane Richardson pic.twitter.com/EJ35bx8IkH

Richardson did appear in 2013, 2014, and 2016 IPL, but his numbers weren't awe-inspiring enough to sustain him enough game time.

He did play for Bangalore in the ongoing edition, but his figures weren't rambunctious enough for RCB to consider him for another game.

His economy rate has always been a significant spot of bother for any side that he has played for, especially in the sport's shortest format.

All you need to know about Scott Kuggeleijn

Scott Kuggeleijn hasn't been excellent either and will need to conjure something magical to find himself playing in the echelons of RCB that is already featuring a few top names of this year's tournament.

His first-class exploits are heroic, to say the least. He has managed to pick up 256 first-class wickets and that too amid tournaments which are deemed as one of the toughest ones throughout the world.

He also boasts of a decent average with the bat, which is a top as Richardson's swing with the bat wasn't really dashing.

Bangalore would expect him to explode in the limited game time that he will be getting to play for the likes of them as their bowling line-up shines pretty bright.