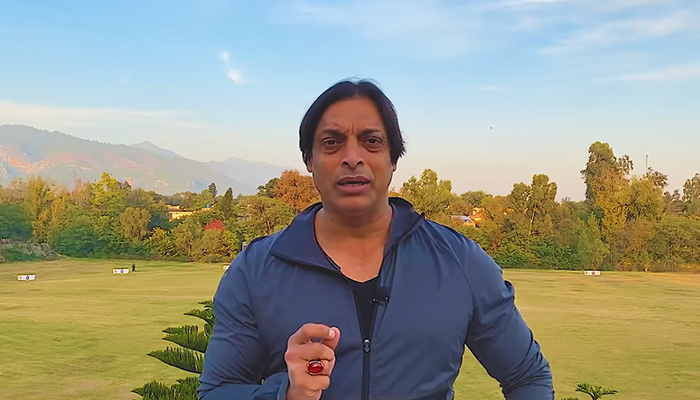 The International Cricket Council (ICC) announced the best XIs of the decade of all formats on Sunday (December 27). Pakistan cricket team was at the number one position on the ICC T20I Rankings for quite some time during the last decade.

Besides, their captain Babar Azam has done an excellent job in the game’s shortest format. However, ICC did not include even one player from the Pakistan cricket team in the T20I team of the decade.

Due to this development, Shoaib Akhtar fired shots at the international cricket governing body. The former Pakistan cricket team pacer stated that the ICC named an ‘IPL XI’ and not a World XI.

Here’s what Akhtar said in his latest YouTube video:

“I think ICC forgot that Pakistan is also a member of ICC and they also play T20I cricket. They did not pick Babar Azam, who is currently the number one batsman in the ICC T20I rankings.”

In case you didn’t know, ICC announced MS Dhoni as the captain of the T20I team of the decade. It also featured Virat Kohli, Rohit Sharma, and Jasprit Bumrah from India. Even Afghanistan’s rising star Rashid Khan earned a spot in the team.

Apart from that, Chris Gayle, Aaron Finch, AB de Villiers, Glenn Maxwell, Kieron Pollard, and Lasith Malinga received a place in the XI. Since there were no Pakistani players, Shoaib felt it was an IPL team.

“There is no big player than Babar Azam in T20I. He is a top-scorer for Pakistan and his averages show what he has done for the country, even in comparison with Virat Kohli. It is so embarrassing and I’m sure after this video they will think that they have to announce the World Team of the Decade, not the IPL team.”

The Pakistani players played in the inaugural edition of the IPL. However, BCCI has not allowed them in the league because of some political tensions between India and Pakistan. Many Pakistan cricket fans have lashed out at ICC, like Shoaib Akhtar, for not giving a place to a single Pakistani.