Richa Chadha, Jwala Gutta back Irfan Pathan who was referred to as next Hafiz Saeed 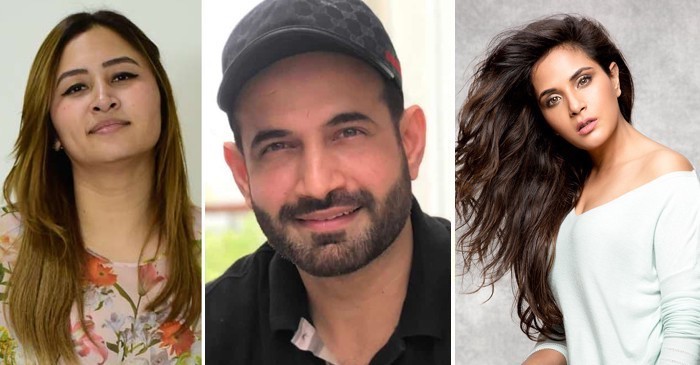 Former Indian cricketer Irfan Pathan recently slammed a Twitter user after the latter referred to him with Pakistan terrorist Hafiz Saeed. The 35-year-old speedster took to his social media handle and shared a screenshot of the Twitter user’s comment on one of the news articles which was written on him. While lashing out at the user, he tweeted: “This is the mentality of certain people. Where have we reached? #shame #disgusted.”

This is the mentality of certain ppl. Where have we reached ? #shame #disgusted pic.twitter.com/nlLh9vTwS6

On the other hand, Bollywood actress Richa Chaddha backed him and added that the tweet came from a ‘fake account’. She further said that the tweet was done for the motive of earning money and fame as well.

“Yes. Someone is making two rupees per abusive tweet. In this economy, they are earning like this,” Richa further added.

Yes. Someone is making two rupees per abusive tweet. In this economy, they are earning like this. 🙂

Along with her, Jwala Gutta, the retired Indian badminton player, also supported Irfan Pathan and asked him not to pay heed to such type of comments. She wrote, “Pls don’t pay attention to these losers… moreover it could be fake account!!”

Pls don’t pay attention to these losers... moreover it could be fake account!!

Notably, in the news report, Irfan Pathan had opened up about the unfair criticism that former India coach Greg Chappell had ruined his career. The former India pace spearhead had expressed how it wasn’t even the then coach that made him bat at No. 3 position during an ODI against Sri Lanka wy back in 2005 – the move that was the reason behind his poor for at the international level, as many believe.