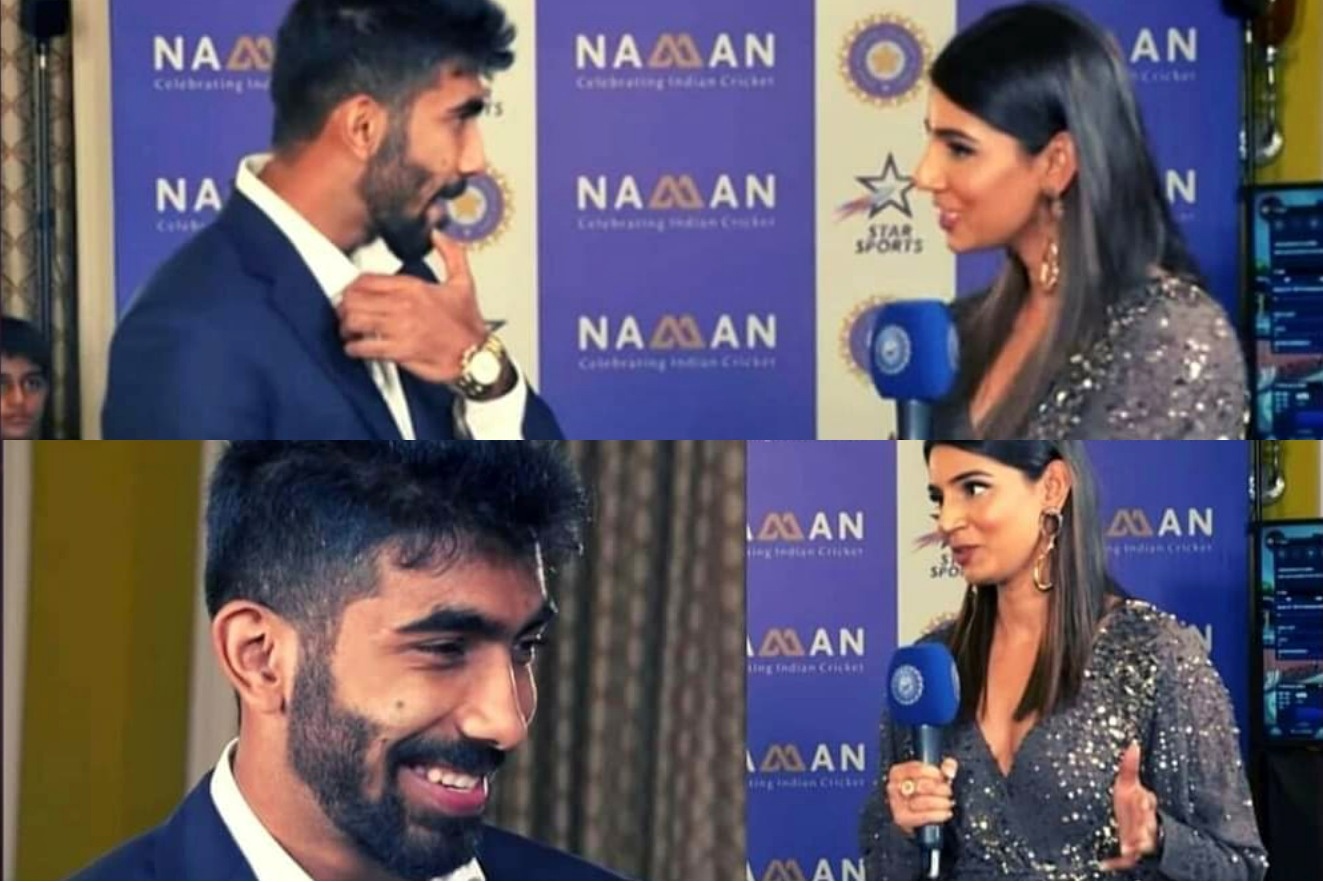 The news of Jasprit Bumrah marrying Sanjana Ganesan has spread like wildfire on various social media platforms. The Indian fast bowler and the Star Sports anchor successfully managed to keep their relationship private despite staying in the limelight all the time.

Many fans would know Sanjana Ganesan because of her anchoring work on various Star Sports shows. She is the host of the Kolkata Knight Riders’ special show ‘Knight Club’. Besides, Ganesan also takes interviews of the players every now and then.

In a rare clip that has gone viral on Twitter, Sanjana Ganesan can be seen taking the interview of Jasprit Bumrah.  This clip is from the BCCI awards’ show Naman, where Bumrah was present with the rest of the Indian cricketers.

Earlier, the fans had noted how an old interview of Indian all-rounder Stuart Binny and his wife Mayanti Langer spread on the internet. That interview clip was from the Indian Cricket League tournament.

Similarly, Jasprit Bumrah has reportedly fallen in love with Sanjana Ganesan. Twitter users noted how Bumrah could be seen smiling and blushing when he was being interviewed by his future wife.

You can watch the video clip here.

Jasprit Bumrah will reportedly tie the knot with Sanjana Ganesan on March 14-15 in Goa. The cricket fans are eagerly waiting for the wedding photos because not a single picture of Jasprit Bumrah and Sanjana Ganesan has been put up on the internet till now. In fact, Bumrah is not even following Sanjana on Instagram.

However, Sanjana has been following Bumrah’s relatives, which seemingly confirms the connection off the field has been there for a long time.

Jasprit Bumrah has taken a break from the field for his marriage. The right-arm fast bowler will likely return to the cricket field to play for the Mumbai Indians in IPL 2021.