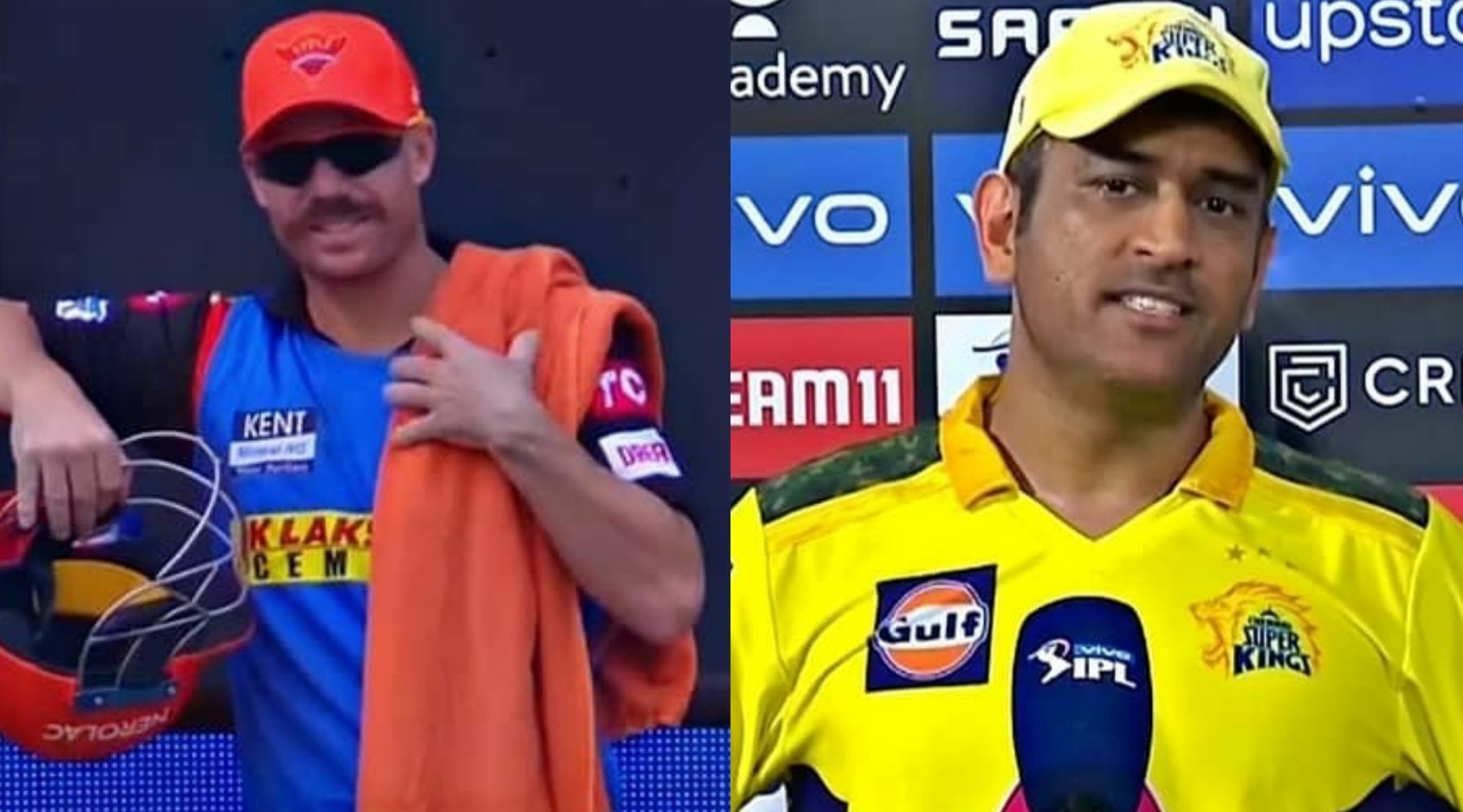 David Warner has been stripped of his captaincy and also dropped from the XI in the middle of IPL 2021. Hence, at the moment, it looks unlikely that SRH would retain the Aussie ahead of IPL 2022. If teams can pick only two foreign cricketers, Rashid Khan and Kane Williamson would definitely be preferred ahead of Warner. Therefore, many franchises would be lining up Warner at IPL 2022 Mega-Auction.

The left-handed opener is a legend in IPL. He has won several games single handedly in the competition. The player still has a few years left in the competition and would certainly interest other franchises. On that note, here are five franchises that could target Warner at IPL 2022 Mega-Auction.

CSK fans were requesting the management to get Kane Williamson on board. However, if the Kiwi is to stay at SRH, CSK could now target the other foreign pillar of SRH. Yes, Faf du Plessis is there in the line-up, but Warner can be an upgrade. In fact, both the players could feature together in the XI. The Aussie would also bring in captaincy experience, that would be useful if MS Dhoni does not participate in IPL 2022.

Quinton de Kock does not look like a player whom Mumbai Indians would retain. Hence, if they had to target a replacement for him, David Warner would be the best option in the market. Rohit and Warner opening together would literally put curtains to any opposition bowling attack during the power play. Wankhede is a good batting pitch, and Warner would benefit by playing for the Mumbai Indians. It is just that MI will also have to plan for a wicket-keeper if they hire Warner.

KKR is one team that must definitely target Warner at IPL 2022 Mega-Auction. Considering the franchise would release Eoin Morgan, there will be a vacancy for a captain and a foreign batsman. KKR has suffered from not being able to score runs quickly during the power-play. With Warner hired, this problem would be solved instantly. This way, Shubman Gill could be used better by the management. The youngster could also learn captaincy from Warner.

It is unlikely that Punjab Kings would retain Chris Gayle for IPL 2022. It would also be a little hard to get back the opening pair of KL Rahul and Mayank Agarwal for IPL 2022. Hence, Punjab would need a good opener who can bat with KL Rahul at the top. David Warner would be a brilliant choice for them. Just like the Rohit-Warner pair, the Rahul-Warner combo will also be dangerous. Most importantly, it would help Rahul shed his conservative approach and become more aggressive.

Well, it is highly unlikely to happen but if two characters like David Warner and Virat Kohli are in the same IPL XI, it will be a box-office line-up. Add to this the middle-order comprising AB de Villiers, the RCB batting order would be exceptional. Especially considering Chinnaswamy Stadium is a good hunting ground for Warner, this deal could actually bring out the best of both parties. Hence, RCB should target him at the auctions.