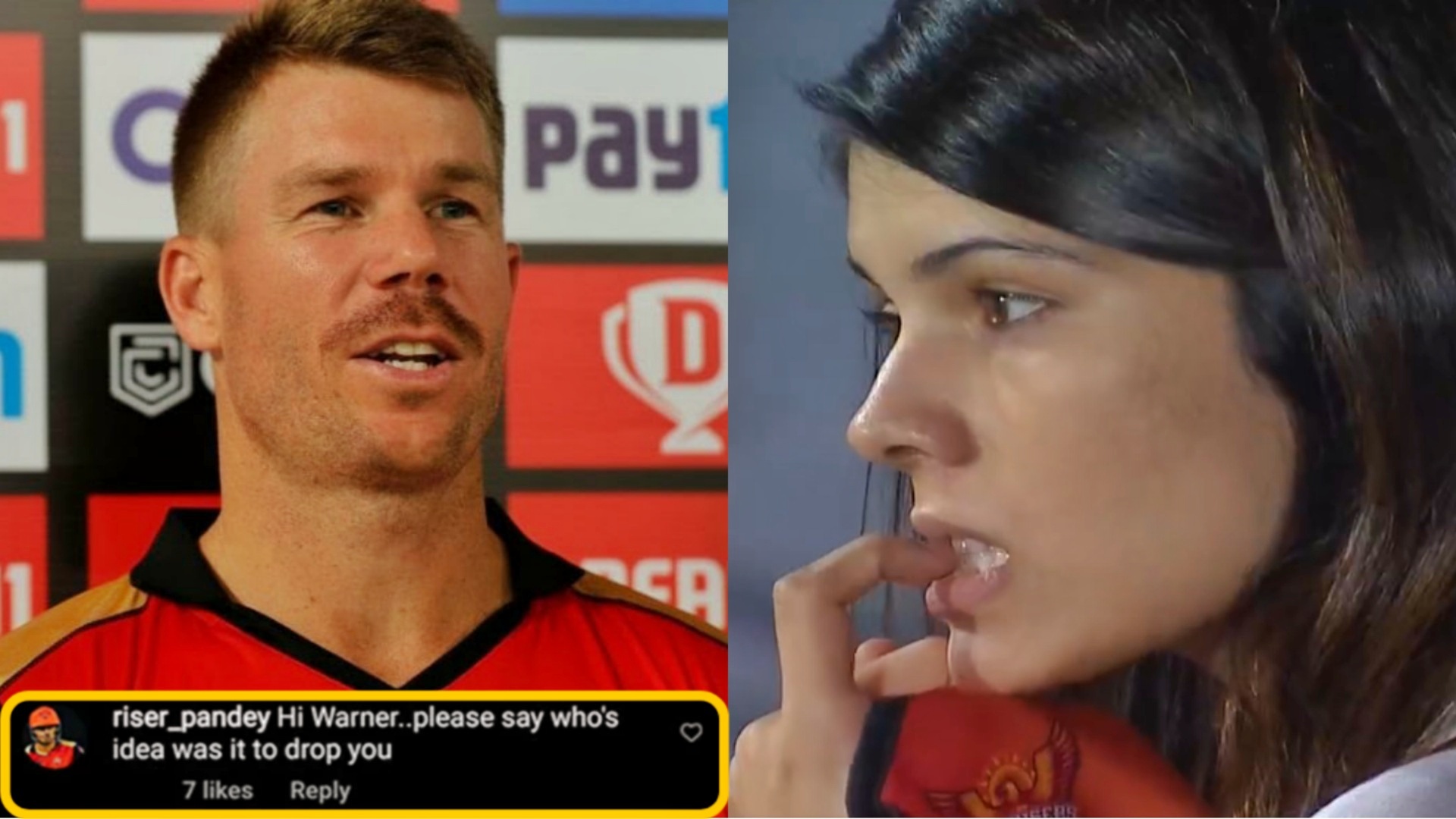 David Warner has played an instrumental role in Sunrisers Hyderabad's success in the Indian Premier League ever since he joined the Hyderabad-based franchise.

But, come to this 2021 Indian Premier League (IPL) season, it all went apart as the Sunrisers Hyderabad was forced to strip him off of the team's captaincy role and dropped from the Playing XI after a poor start to the campaign for the franchise.

David Warner is quite active in social media after returning home from India. A fan asked Warner on social media whose was the idea it was to drop him. However, the Aussie didn't mention anyone's name, just replied with some laughing emoji.

The franchise won their very first Indian Premier League in 2016, finishing off the dominance of Mumbai Indians and Kolkata Knight Riders. That year David Warner was the team captain who scored 848 runs, missing out on the orange cap to Royal Challengers Bangalore's captain Virat Kohli.

Sunrisers Hyderabad got off to a terrible start to the season. After the end of the first of the Indian Premier League 2021, Sunrisers Hyderabad sits at the bottom of the league table with just one win in 7 matches and six losses.

The former Aussie skipper and opener can be considered an IPL legend. Warner has played 148 matches in the Indian Premier League's history and has scored 5447 runs with a strike rate of 140. As of July 1st, 2021, Warner sits in 5th place in the IPL all-time run-scorers list, the highest-ranked foreign player in the list, and one of two foreign players who have scored more than 5000 runs.