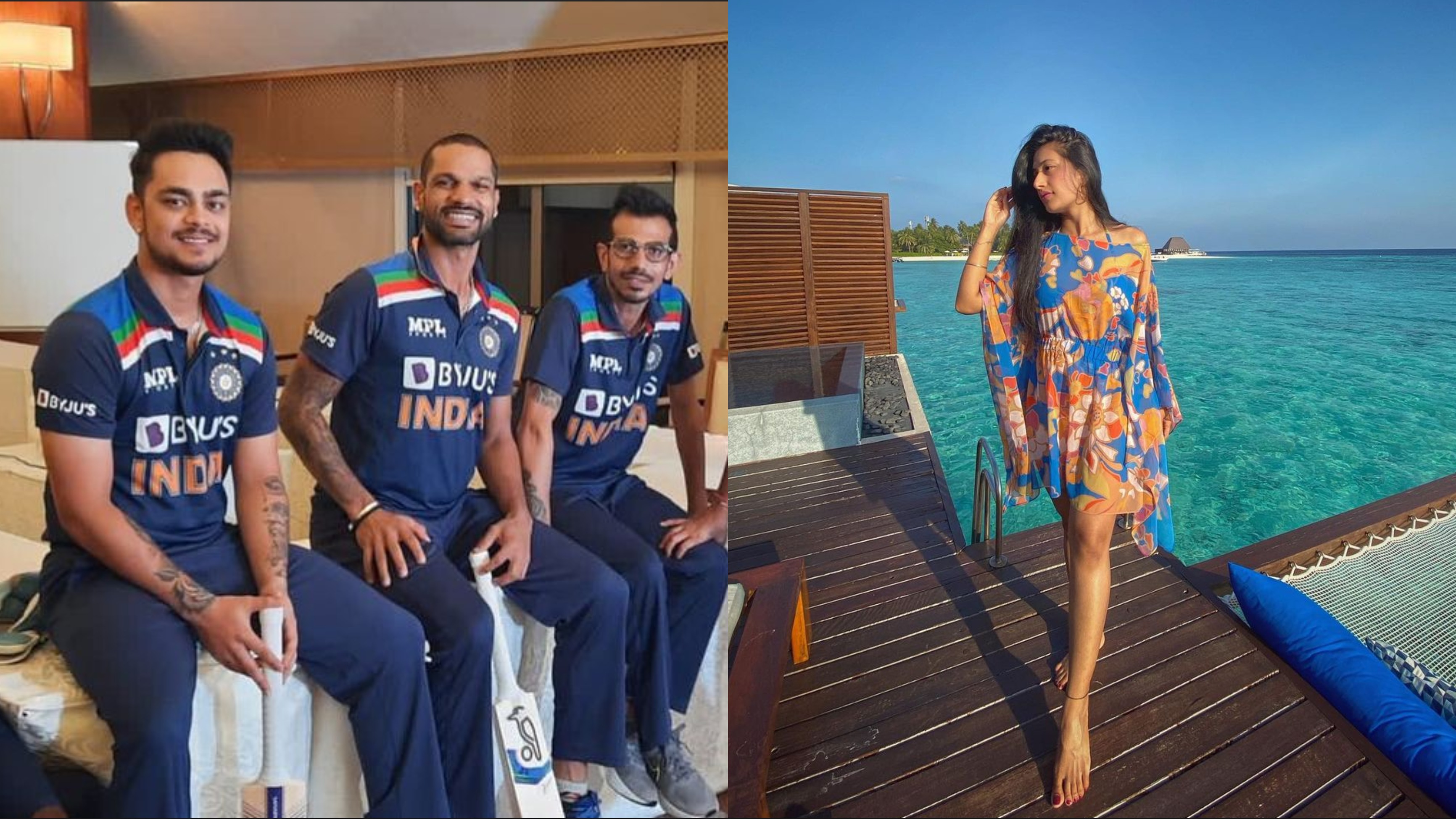 Dhanashree Verma tried to boost the confidence of the Indian cricket team ahead of the first ODI against Sri Lanka. The famous dancer left a comment on the latest Instagram post by her husband Yuzvendra Chahal.

India vs Sri Lanka series was initially scheduled to begin on July 13. However, multiple COVID-19 cases in the Sri Lankan camp forced the organizers to delay the start of the series to July 18.

As a result, the Indian cricketers, who had already reached Sri Lanka according to the original plans, have received extra time to work on their skills. The Indian stars also clicked a few pictures in their retro Indian ODI kits.

Yuzvendra Chahal posed for a photo with his new captain Shikhar Dhawan and teammates Ishan Kishan and Kuldeep Yadav. Ishan Porel, who has been to Sri Lanka as a net bowler, also posed with Chahal, Kishan and Dhawan. Chahal captioned this Instagram post with two Indian flags in the caption.

Dhanashree Verma, who got hitched to Yuzvendra Chahal in December last year, has been very active on social media. She regularly uploads videos and reels of her new dance steps. Recently, she commented on the photo of Yuzvendra Chahal with Shikhar Dhawan, Ishan Kishan, Ishan Porel and Kuldeep Yadav.

Verma wrote: “Come On” in the comments box to boost the confidence of the Men in Blue before the important series against the Sri Lankan cricket team gets underway. India vs Sri Lanka series is part of the ICC Cricket World Cup Super League. Thirty points will be up for grabs in this 3-match ODI series. It will be exciting to see which team comes out on top in the upcoming ICC Cricket World Cup Super League series between former world champions India and Sri Lanka.