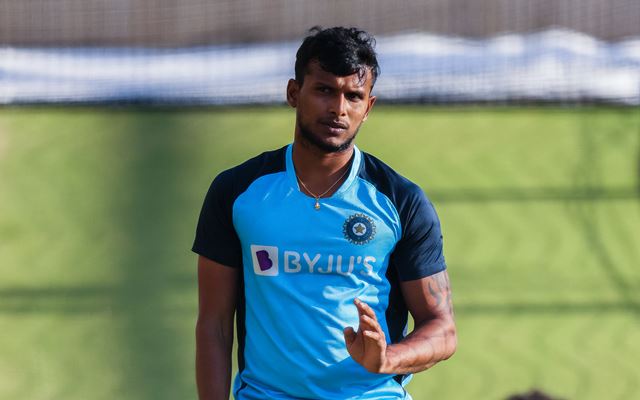 While the match between the Delhi Capitals and the Rajasthan Royals was underway in IPL 2021, the BCCI announced the list of central contracts of cricketers in 2020-21. One notable name missing from all the categories was of left-arm fast bowler T Natarajan.

As always, BCCI had four categories for the contracts. The first was A+ Grade, where the players earn 7 crores annually. Virat Kohli, Rohit Sharma and Jasprit Bumrah were the three players to earn a spot there.

Similarly, the other cricketers earned spots in Grade A, B and C categories depending on the formats they play and the performances they give. The salary for Grade A is 5 crore, while the same figure for B and C is 3 crores and 1 crore, respectively.

Two cricketers namely Manish Pandey and Kedar Jadhav have lost out on their contracts, while Mohammed Siraj, Axar Patel and Shubman Gill are the new names to appear on this list. However, the fans are confused why T Natarajan did not get a central contract.

The reason why T Natarajan did not make it to the final central contracts list was because he was not eligible. As per the rules of BCCI, a player needs to play minimum three Tests or seven ODIs to be eligible for a contract. As T20I cricket became popular, Indian cricketers with 10 T20I caps also became eligible for central contracts.

However, so far, T Natarajan has represented Team India in only two ODIs, one Test and four T20Is. Hence, he did not meet the criteria of any three formats. However, T Natarajan would definitely not be disappointed because he will get more matches in the upcoming season and will soon be eligible for the central contract.