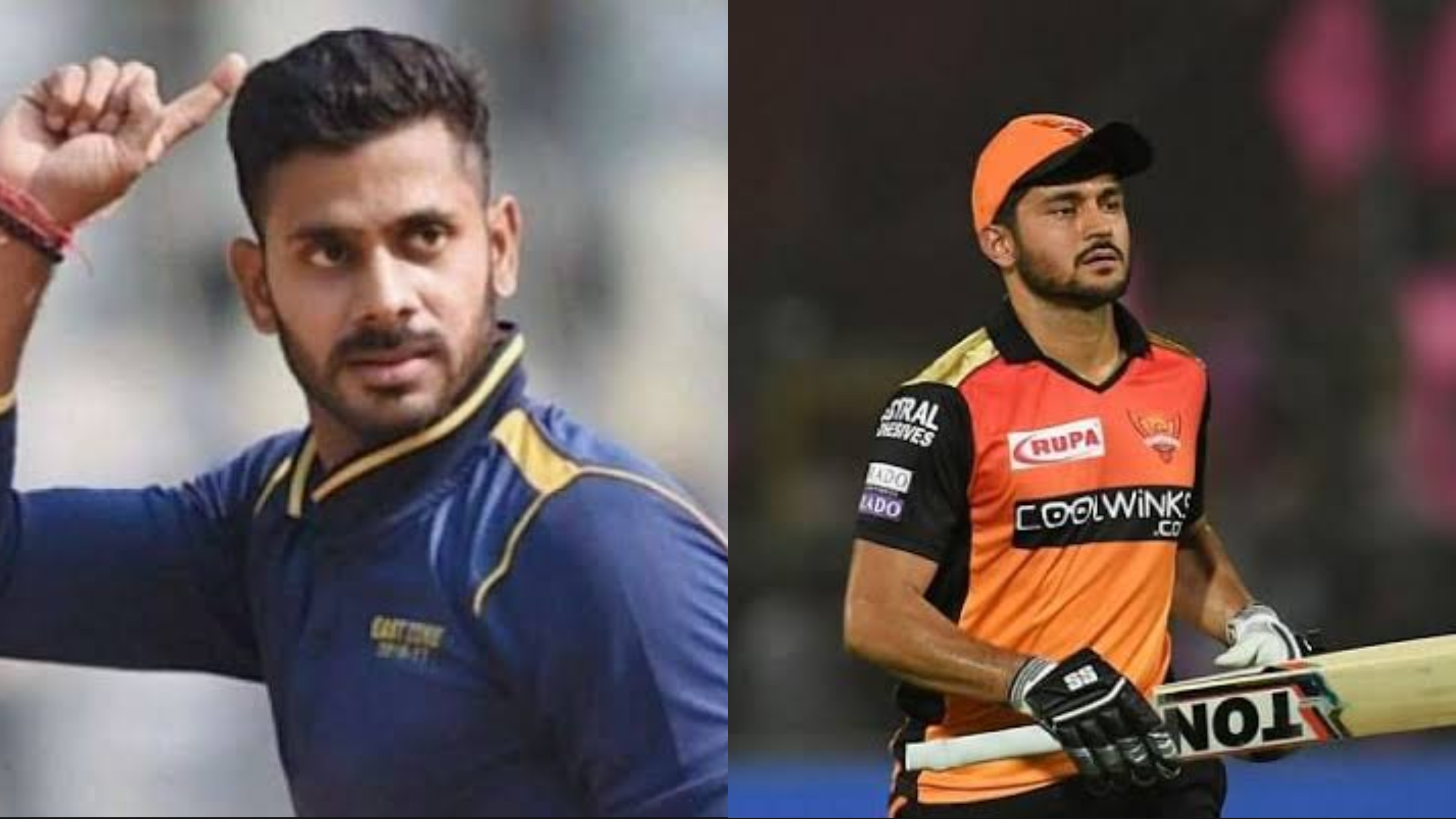 The 14th edition of the Indian Premier League is getting exciting day by day as all the teams are giving their best with bat and bowl. Manoj Tiwary, however, was upset with SRH's performance.

Like Kolkata Knight Riders did two days ago, Sunrisers Hyderabad did the same after their leading batsman went back to the pavilion; the team just forgot how to score a run.

And one other big reason behind the team's loss is the middle-order batsman Manish Pandey's slow batting as he scored 38 runs off 39 balls and a strike rate of 97.44. He also struggled to accelerate in the team's previous match against Kolkata Knight Riders. Simultaneously, questions mark were raised over Vijay Shankar's performance, too, as he failed to score big and contribute.

Manoj Tiwary reacts to SRH vs RCB match in IPL 2021

He tweeted, "Free advice to the franchise's owners:- Rather than increasing the number of support staffs in the team, start having players who have talent with TEMPERAMENT otherwise most of the times team will end up being second best #SRHvRCB #Overratedplayers #IPL2021."

Free advice to the franchise’s owners:-
Rather than increasing the number of support staffs in the team, start having players who have talent with TEMPERAMENT otherwise most of the times team will end up being second best #SRHvRCB #Overratedplayers #IPL2021

In reply, David Warner gave Sunrisers Hyderabad a great start as he scored 54 runs before Kyle Jamieson dismissed him. His partnership of 83 runs with Manish Pandey almost ensured the victory, but as soon as Warner departed, Hyderabad couldn't manage to score the required run and thus lost to Royal Challengers Bangalore by six runs.

The next match for the Sunrisers Hyderabad will be up against defending champions Mumbai Indians, while Royal Challengers Bangalore will play Kolkata Knight Riders in the first match of the first double-header of IPL 2021 on Sunday.