Why Abdul Samad is not playing today in IPL 2021? 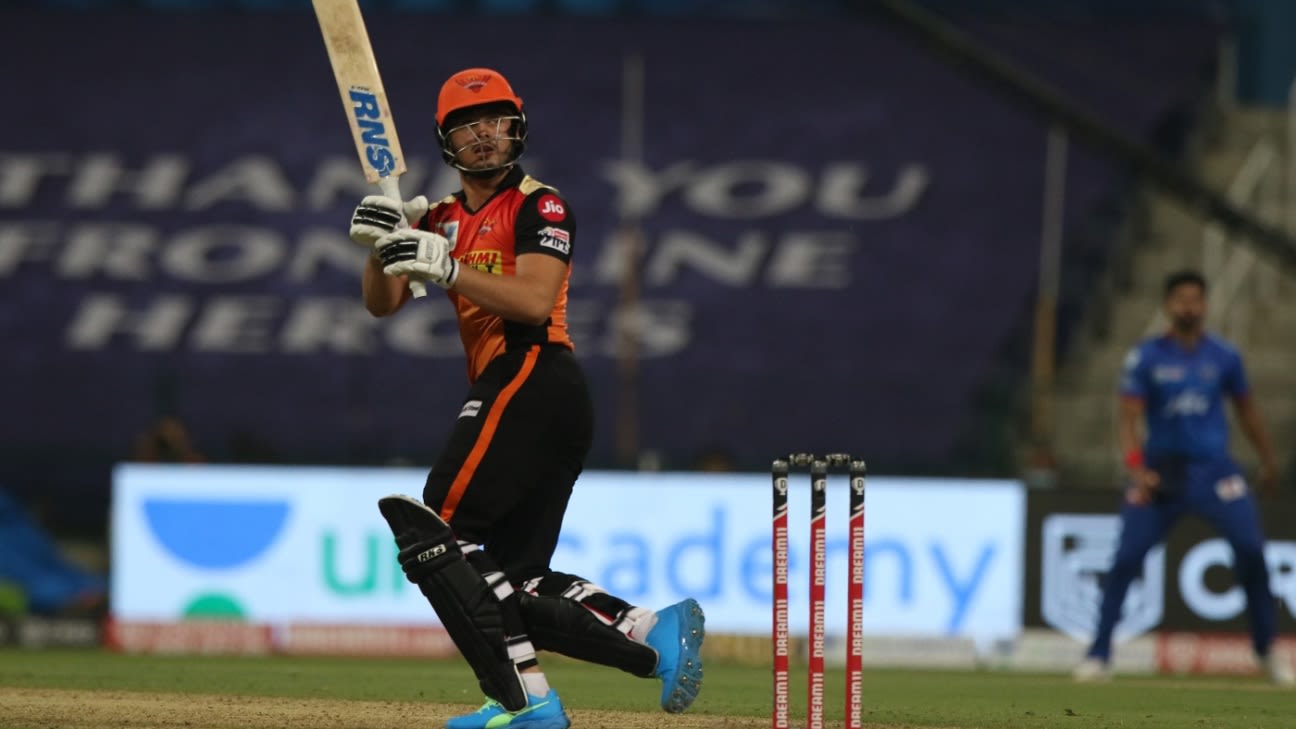 The Indian Premier League 2021 season is slowly and steadily reaching its peak as matches have started to get exciting. Unfortunately, hard-hitting batsman Abdul Samad is not playing today.

In match 14 of the Indian Premier League, two bottom-placed teams, Sunrisers Hyderabad and Punjab Kings will battle it out at the MA Chidambaram Stadium in Chennai.

Sunrisers Hyderabad has constantly made changes to its playing eleven this season. And the same is the case in their match against Punjab Kings, where they have made three changes to their starting eleven.

David Warner confirmed during the toss for the match that Kane Williamson, Kedar Jadhav, and Siddharth Kaul will be playing in the game in place of Mujeeb, Abdul Samad, and Manish Pandey.

Sunrisers Hyderabad skipper David Warner stated during the toss, "Everyone in this franchise is positive - need to learn from the mistakes, those little things in the game. Kane Williamson is in, he replaces Mujeeb. Samad is out with a hamstring pull, Kedar replaces him, Manish misses out as well, replaced by Siddarth Kaul. Conditions over here are very different to what we encountered in Dubai last season. Need to bowl well and get back to winning ways."

Performances of Abdul Samad so far

Abdul Samad is touted as one of the upcoming hard-hitting batsmen and could be a future star for the Indian cricket team. And Abdul Samad's injury will be a significant cause of concern for the Hyderabad-based franchise.

In all of the matches that he has played this season, he has scored 19, 0, and 7 runs. But in the game against Kolkata Knight Riders, where he scored 19 runs off eight balls, he showed his true potential to the world of cricket. His short innings of 19 runs saw him score two sixes against the world's top fast bowler Pat Cummins.

Abdul Samad is a 19 years old all-rounder from Jammu & Kashmir and represents his homestate in the Indian domestic circuit. He made his debut for Jammu & Kashmir in 2019 and has already impressed several Indian cricket experts and legends.