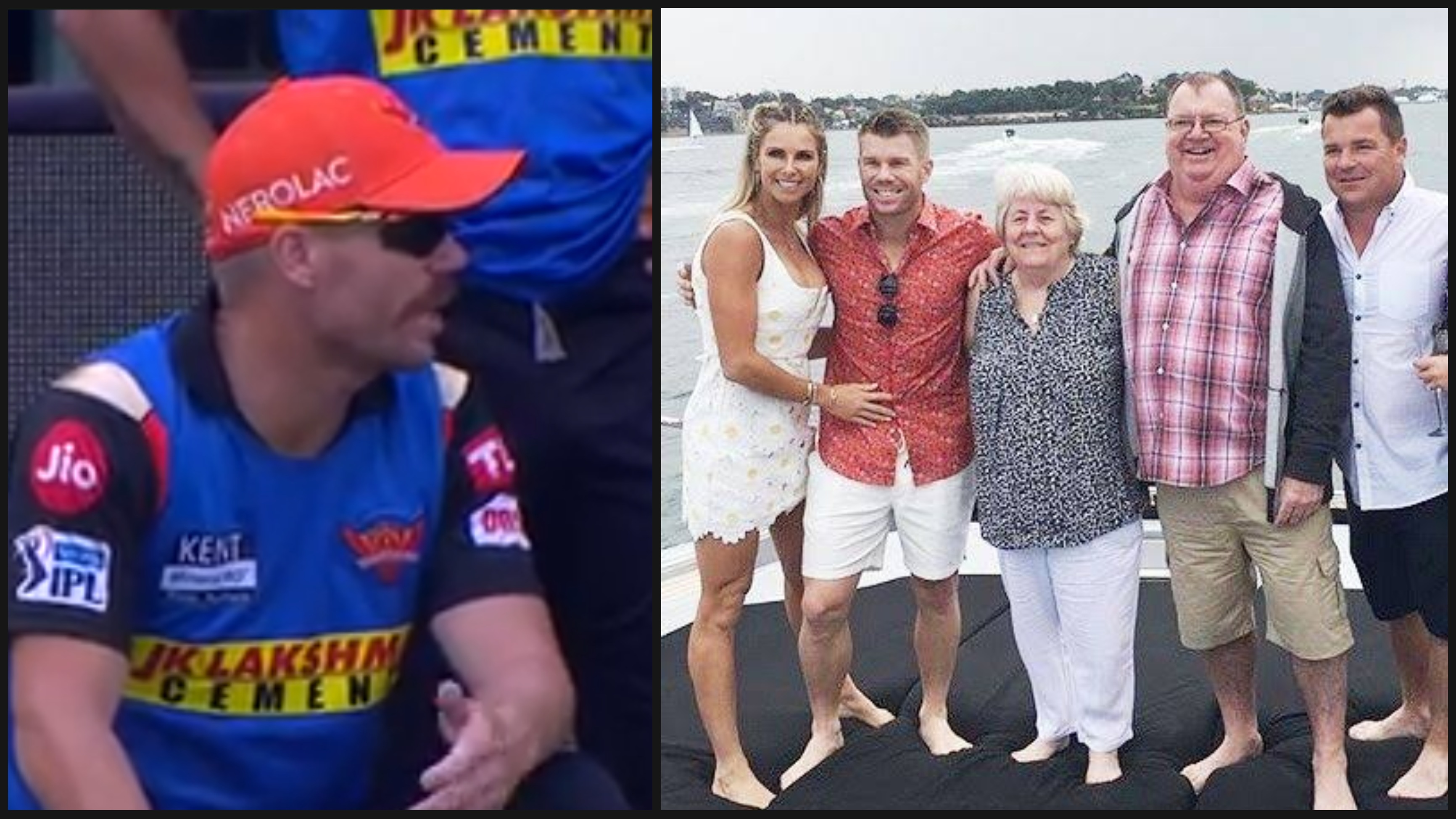 Sunrisers Hyderabad’s decision to drop David Warner from the team has rocked the cricket world. The Orange Army have dropped their skipper Warner and included Mohammad Nabi in the team. Kane Williamson has taken over the reins of the team from Warner.

It is not that the southpaw is injured or unavailable due to personal reasons, David Warner is the 12th man of the Sunrisers Hyderabad in the match against the Rajasthan Royals. All fans of Sunrisers Hyderabad were left heartbroken after their team sacked the most consistent player.

Even David Warner’s brother Steven Warner was upset with this decision. He has a private account on Instagram, but one of the Twitter users shared a recent post made by him. It was quite emotional as it featured David Warner in the Orange jersey. Here’s how Steve captioned the post:

“Leave this here @sunrisershyd a bloke that has carried this team for years, your openers are not the issue how about getting a decent middle order that scores some runs.” 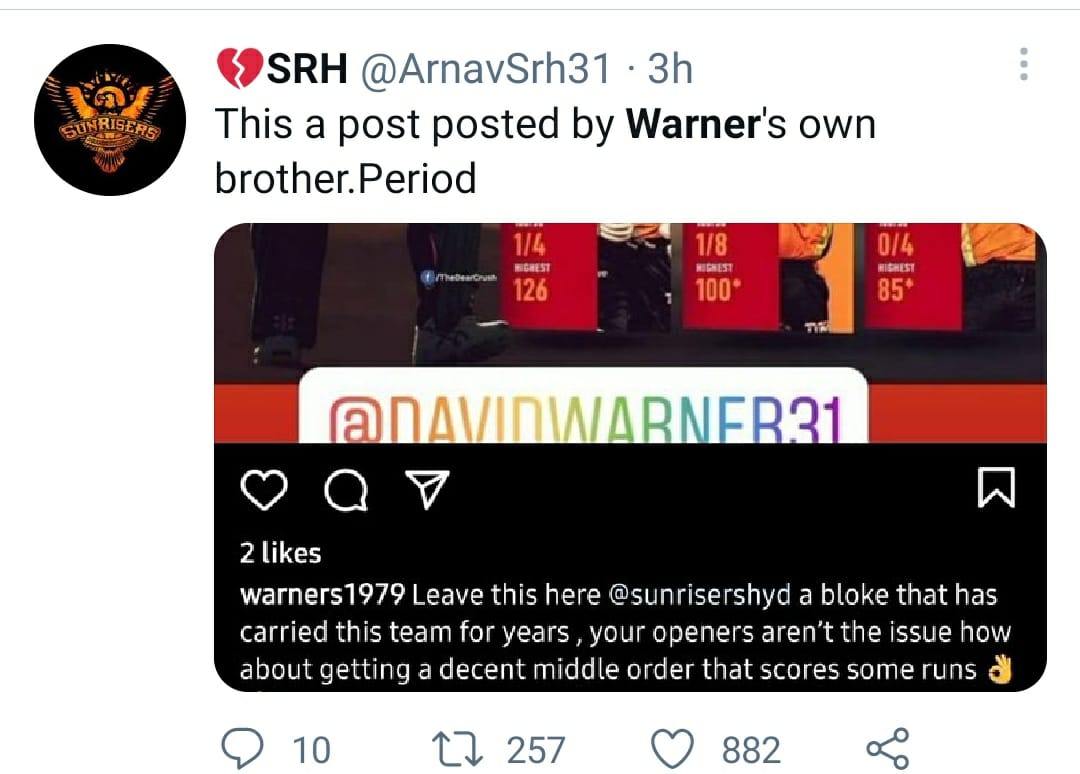 Clearly, Steven Warner was upset that his brother did not get a chance to play because the middle-order batsmen of the Sunrisers Hyderabad team did not perform up to the mark.

Did Sunrisers Hyderabad make a mistake by dropping David Warner?

David Warner was a captain who believed in leading from the front. He holds the record for the most half-centuries in IPL, which shows how consistent he was with the bat.

He always gave stellar starts to the Orange Army in the Indian Premier League. Unfortunately, Hyderabad have decided to bench him. Manish Pandey and Jonny Bairstow have come out to open the innings for the SRH team against the Rajasthan Royals.

It will be exciting to see how the Orange Army performs in the absence of their main batsman. They have received a 221-run target against the Rajasthan Royals.