Is this the reason why Nitish Rana celebrated 50 with ring in Chennai? 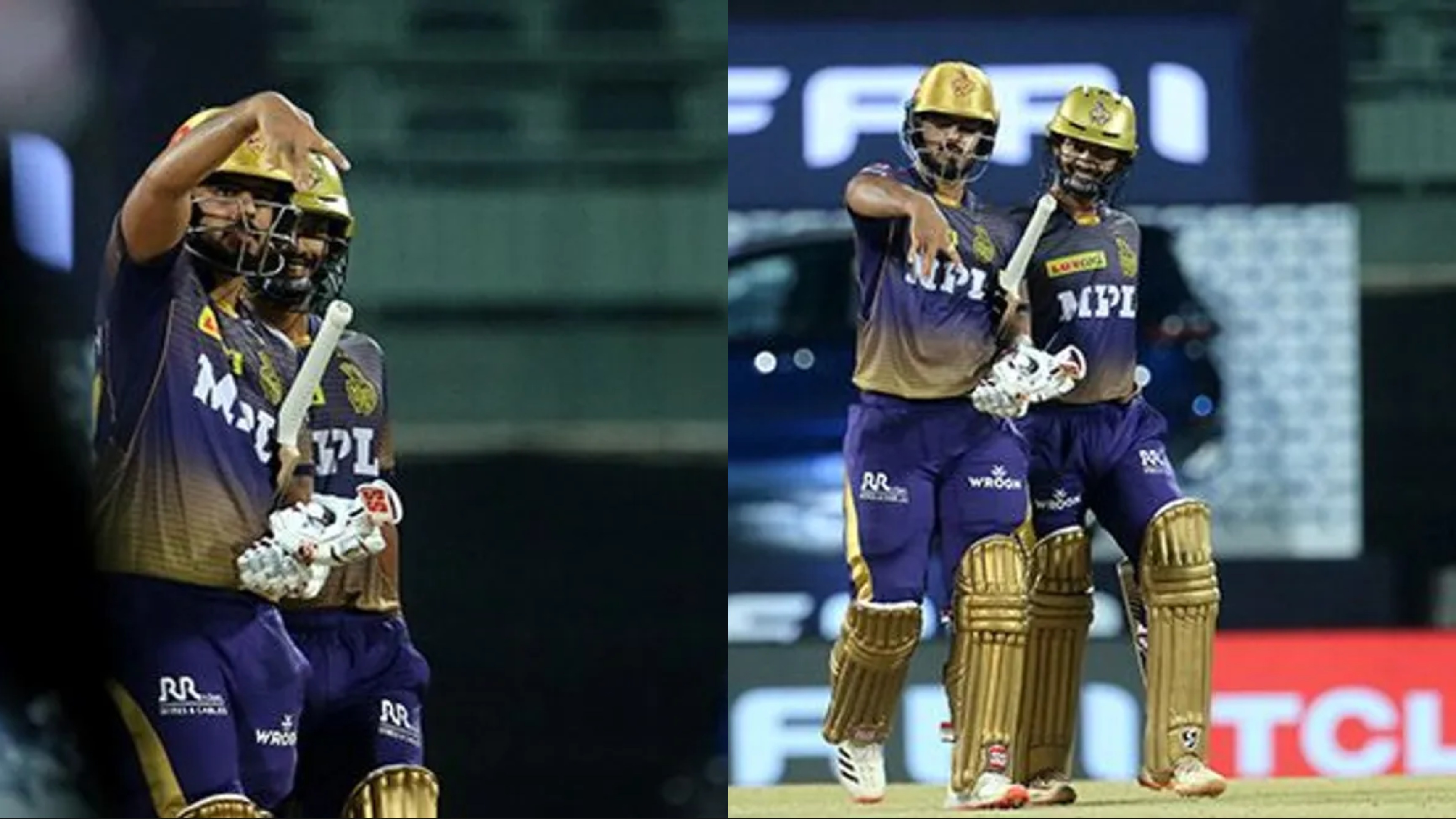 The 2021 season of the Indian Premier League (IPL) is well underway. Royal Challengers Bangalore defeated the defending champions Mumbai Indians on the opening day, while Delhi Capitals went past Chennai Super Kings with ease. Match 3 of the IPL 2021 was played between Sunrisers Hyderabad (SRH) and Kolkata Knight Riders (KKR) at the MA Chidambaram Stadium in Chennai where SRH captain David Warner won the toss and decided to bowl first. Nitish Rana and Shubman Gill opened the inning for KKR. During the match, the former went on to score a blistering 50, helping KKR off to a good start.

After reaching his fifty, Nitish Rana signaled a gesture of a ring showing towards the camera. Seemingly, it was meant for his wife Saachi Marwah, with whom Nitish Rana tied the knot in February 2019.


Saachi Marwah, by profession, is a interior designer and owns a design studio in Delhi. Nitish Rana and Saachi Marwah were dating each other for more than three years before both decided to tie the knot in February 2019. Saachi is attending the match in Chennai, which is why, this could be a gratitude for always supporting him in every situation.

Returning back to the match, Nitish Rana didn't stop after scoring his fifty as he kept on scoring at the same pace, and finally, after scoring a brilliant 80 run that includes 9 fours and 4 sixes, Mohammad Nabi was able to get his wicket in the 18th over.

Thanks to his brilliant 80 and an excellent half-century by Rahul Tripathi, and their 93 runs partnership for the 2nd wicket, Kolkata Knight Riders posted a massive total of 187 on the board with the loss of 6 wickets.

Nitish Rana, the 27-years-old who plays for the Delhi cricket team in domestic cricket, was picked up by Mumbai Indians for IPL 2015 and remained there until 2017, after which Kolkata Knight Riders picked him up in 2018. Since joining the Kolkata-based franchise that King Khan owns, he has been a big revelation to the world of cricket.