Kyle Jamieson has not yet confirmed his IPL 2022 participation 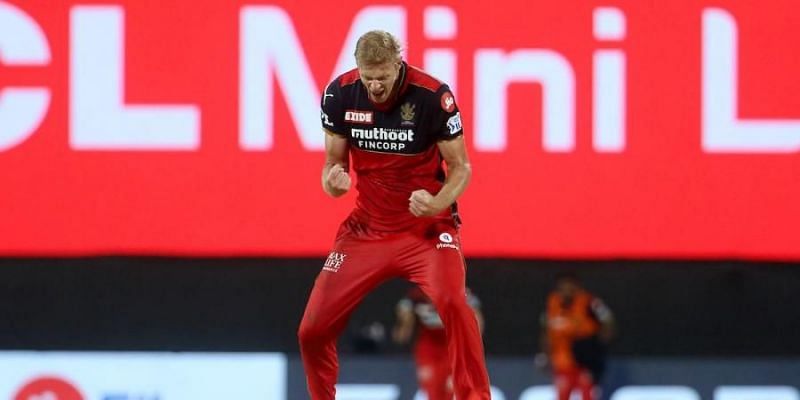 Star New Zealand all-rounder Kyle Jamieson has hinted that he might skip the 2022 edition of the Indian Premier League. In a recent interaction with Amazon Prime Video, Jamieson stated that he has not yet decided which series he will play in future.

Kyle Jamieson made his IPL debut in 2021 for the Royal Challengers Bangalore after the franchise signed him for a whopping INR 15 crore at the IPL 2021 Auction. Jamieson’s performance was not so impressive. He failed to justify his massive price tag.

While Jamieson earned a massive amount from the previous IPL season, Insidesport has reported that his participation in IPL 2022 is not yet confirmed. Here’s what the all-rounder told recently:

“What I have seen in the last two years, nobody could have foreseen and you don’t know if it would happen again. So all I would like to do is concentrate on my next series and whatever comes on from that role. Nothing really is guaranteed with what’s coming up but I guess with cricket ahead, I have to grow my game, try and take a step back and improve my skills.”

The Royal Challengers Bangalore team management was not impressed with Kyle Jamieson’s performance in IPL 2021 as they decided against retaining him for the 2022 season. If Jamieson participates in the mega auction, he could earn a big deal again.

It will be interesting to see if the Kiwi all-rounder participates in the Indian Premier League again. He is a pace-bowling all-rounder, and often the IPL teams are really interested in signing players like Jamieson. IPL 2022 Mega Auction is reportedly going to happen in the first week of February. It could be a two-day affair.