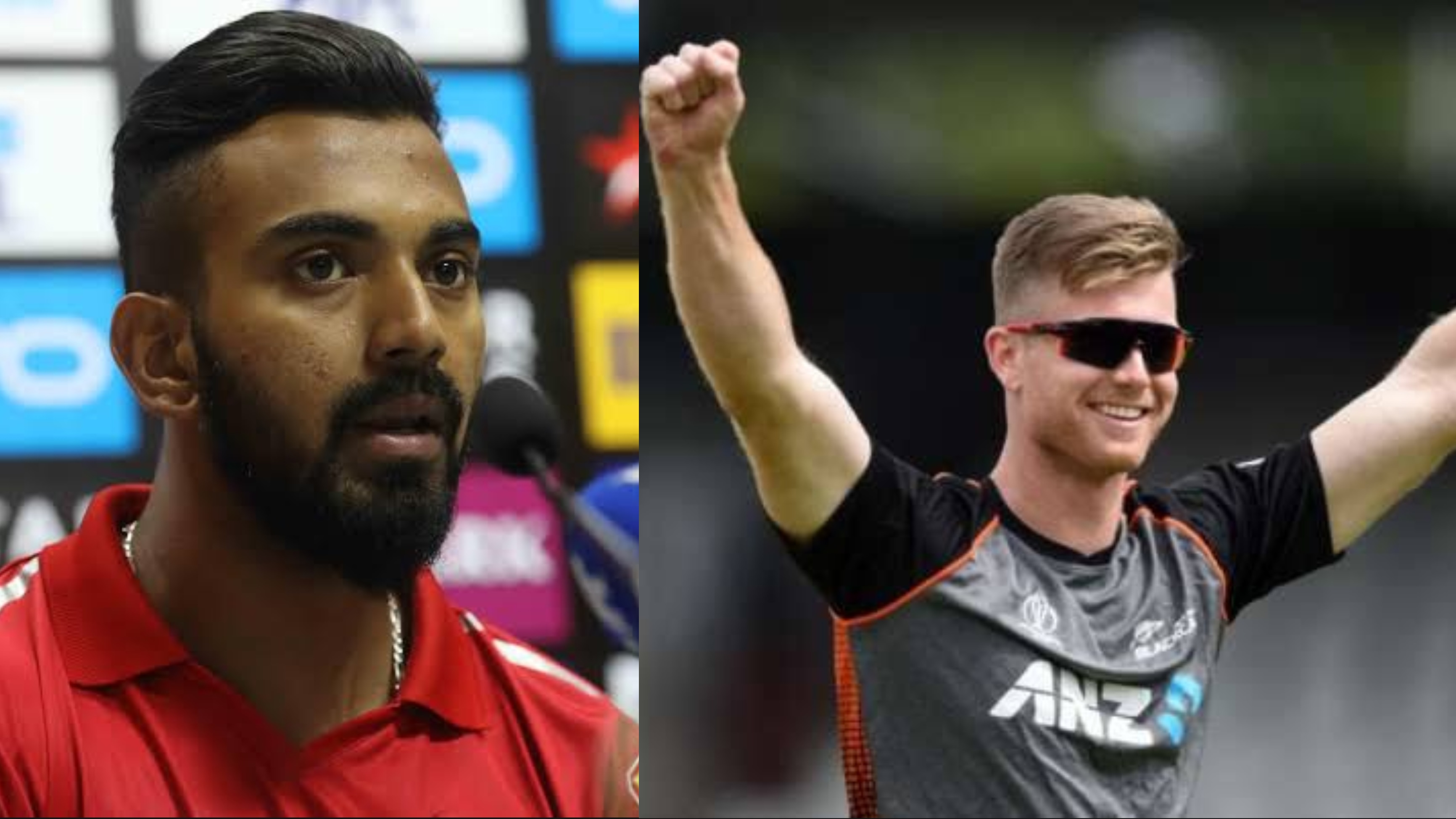 On his special day, a lot of Indian celebrities and spokespersons wished him.

The biggest being his rumored girlfriend, Athiya Shetty. She posted photos of herself with KL Rahul on her Instagram account.

But not only that, but many persons from the cricket fraternity also wished the right-handed batsman—Virat Kohli, Shreyas Iyer, and more. Two are his current team Mayank Agarwal and former teammate for Kings XI Punjab (now Punjab Kings) Jimmy Neesham, who currently plays for defending champions Mumbai Indians in the Indian Premier League 2021 season.

Below that same post, Jimmy Neesham wrote, "HB Mate! Put some skux and birdies on." 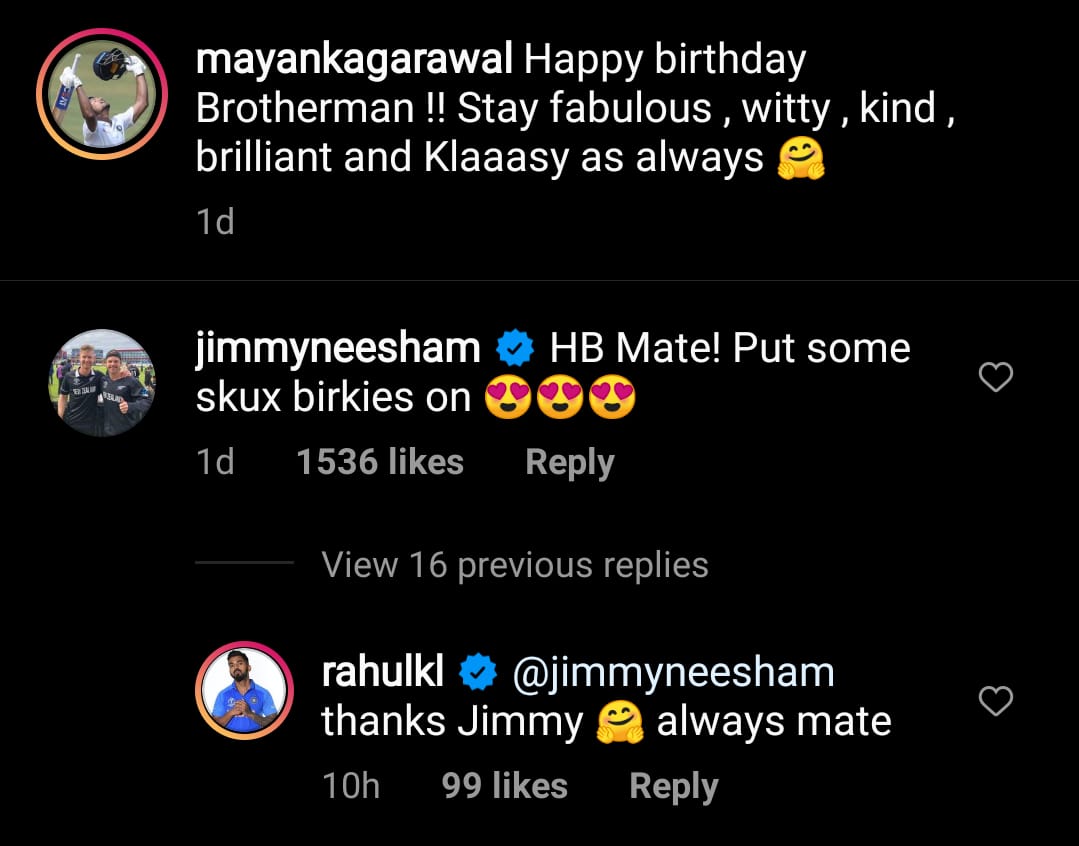 KL Rahul is at the moment inside the bio-bubble for the Indian Premier League (IPL) 2021 season. He is part of Punjab Kings (formerly Kings XI Punjab) squad and is also the team captain.

He made his debut in December 2014 in the test series vs. Australia. He stepped foot in One Day International and T20 International on 11 June, 2016 and on 18 June, 2016 respectively against Zimbabwe.

KL Rahul plays first-class cricket for his state team Karnataka in Indian domestic cricket. He made his first-class debut in the 2010-2011 season and has become a huge name for Karnataka and the Indian Cricket Team.

His first appearance in the world's biggest cricket league, Indian Premier League (IPL) came playing for Royal Challengers Bangalore (RCB) in the 2013 edition of the IPL. He was then picked up Sunrisers Hyderabad for IPL 2014 before making a return to RCB for the 2016 edition of the world's toughest T20 league.

During the 2018 IPL Auction, Preity Zinta's Kings XI Punjab bought him and has ever since been a valuable asset for the Punjab-based franchise. For the 2020 season, KL Rahul was announced as the captain for the season.