Mira Rajput reveals why she would watch cricket over football 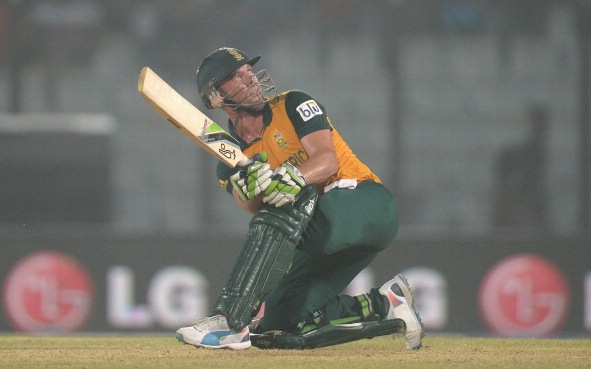 Cricket and Bollywood are the two fields that go hand in hand. We have already seen a good amount of correlation between these 2, whether in the form of marriage or movies. Apart from this, various Bollywood celebrities keep on doing questions and answer sections on their social media accounts with their fans questioning them about their favorite cricketer or favorite sport and much more.

The same scenario has happened with Shahid Kapoor's wife Mira Rajpoot recently, where she was asked to choose between cricket or football by a fan.

She gave a very interesting answer to this. She replied, "AB plays cricket. I'd rather watch cricket." 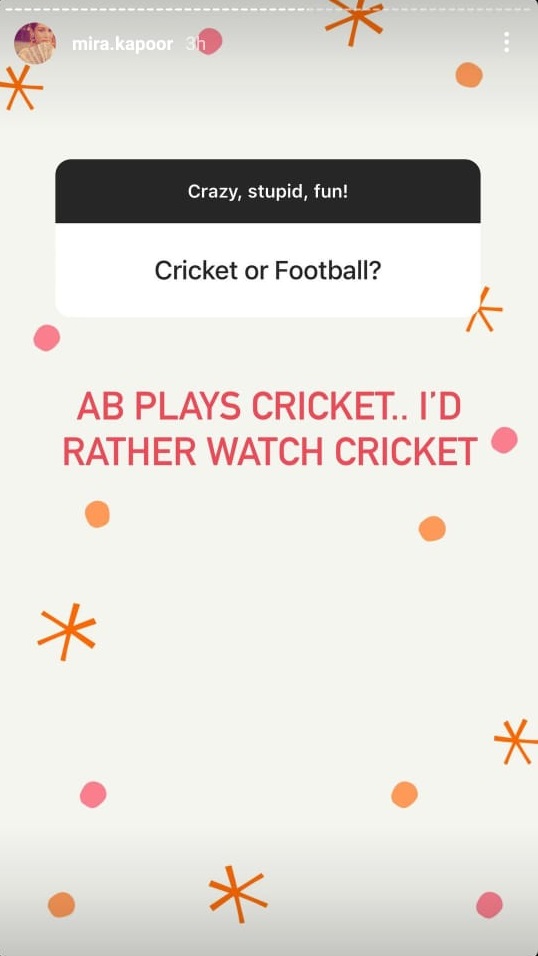 The craze for AB de Villiers in India is way above the imagination. He has been one of the most loved foreign cricketers in India, and with every IPL season, this keeps on increasing as fans love to see the Kohli-ABD duo playing in RCB's jersey. The fans are hoping to see this duo lift their first IPL title this year as their side looks to be a good contender for the same.

The craze for cricket worldwide is riding in its peak time as the mega event of the Indian Premier League is all set to mark its beginning from tomorrow. The league has returned to India this year after conducting the last season in UAE. This season has brought many of the changes so far as many teams have changed their jerseys, squads, tactics, and much more.

The tournament opener will be played on 9th April 2021 in Chennai's MA Chidambaram Stadium between Rohit's MI and Kohli's RCB. With Mumbai Indians being the defending champions, the fans are looking forward to seeing which side will lift the title this year as most of the franchises are have a good chance this year.