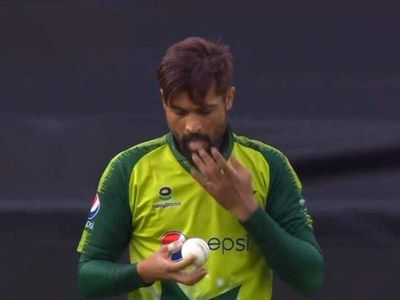 The entire Cricketing fraternity is now eyeing the mega ICC event, which is all set to take place in October. The tournament which was supposed to be played last year got postponed due to the covid pandemic. However, with the venue being shifted to UAE, the 2021 ICC T20 World Cup will kickstart from 17th October.

One of the shocking news that has come ahead of the event is the return of a star cricketer. Pakistan's Mohammed Amir in a all of the sudden news has announced his availability for the World Cup.

When the pacer announced his retirement few months back, Taking it to Twitter, he had written: "I would like to clarify that yes I will be available for Pakistan only once this management leaves."

Amir told private media, "I am available for team". This shocking announcement came after head coach Misbaul Haq and bowling coach Waqar Younis decided to give up their roles before the event.

When the Pakistani bowler decided to quit for his nation, few rumours emerged out as he will be playing for some other nation. However, this wasn't true as Amir clearly stated to not spread any false rumour or to create own stories.

Pakistan has already announced their squad for the event.

The Pakistani management has already announced their 15 man squad for the event. The squad had some questioning selections as they dropped Sarfaraz Ahmed. A young face named Azam Khan got the chance as a replacement for the same.

The side will be led by their main man Babar Azam with Shadab Khan being the Vice Captain. With the squad already being declared, it would be interesting to see if Management is willing to make the changes in it. Amir with his lethal left arm bowling can turn out to be the match winner for his side.