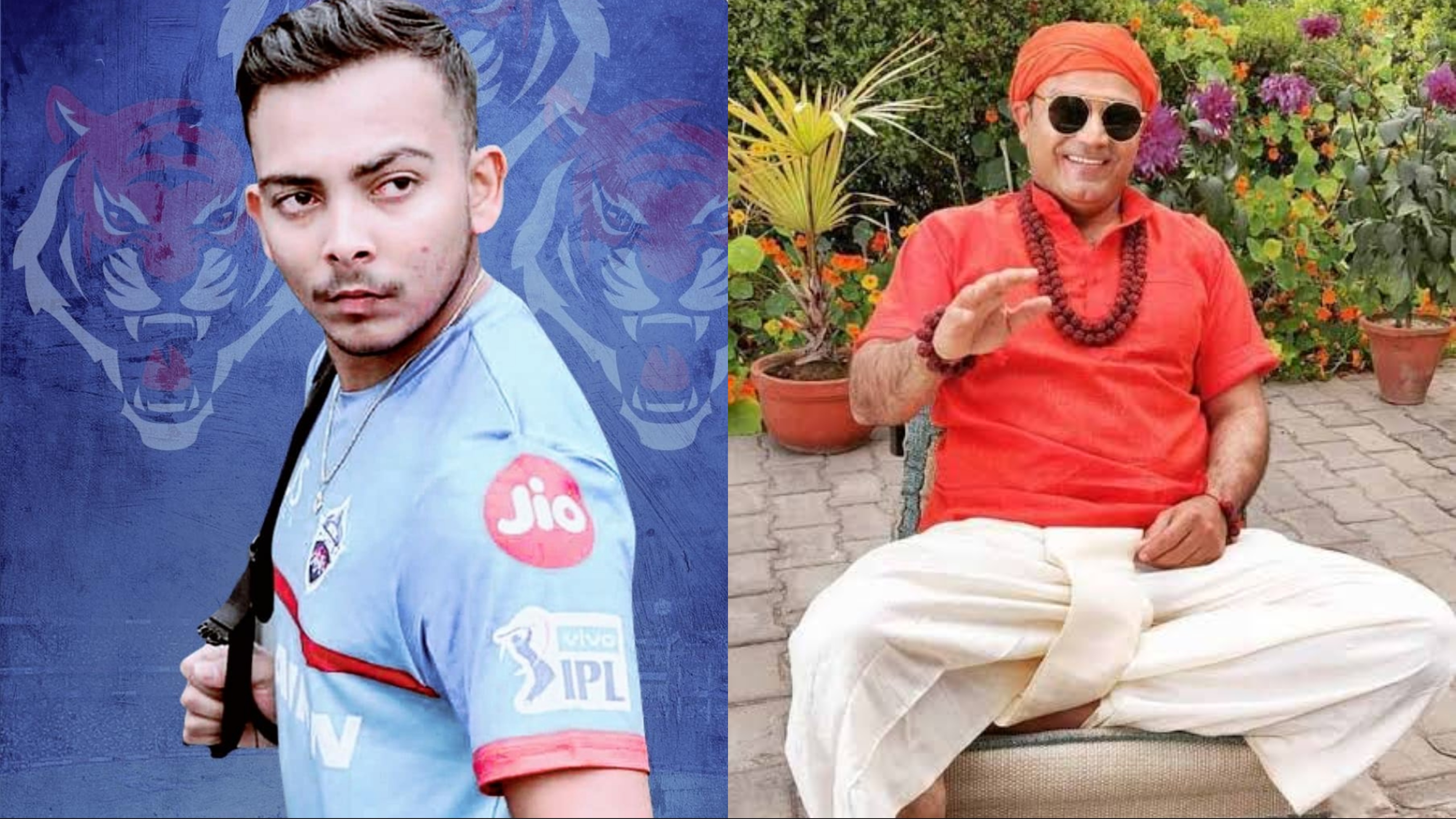 The Indian cricket team got off to a flyer in the 1st One Day International match against Sri Lanka in Colombo, where India scored 68 runs with the loss of only one wicket in the first six overs of India's inning.

The Indian national cricket team played the Sri Lanka cricket team in the first match of the three-match ODI series on 18th July. Sri Lanka scored 262 runs in their respective 50 overs with the loss of 9 wickets. India got off to a stunning start in the chase of 263.

Captain Shikhar Dhawan and Prithvi Shaw were in top form, especially Prithvi Shaw, who scored 43 runs in 24 balls that included nine fours. And after the end of the 6th over, India's score was 68 runs with the loss of only one wicket.

Someone, in particular, was very impressed with India's batting performance, which is none other than former Indian cricket team opener and World Cup winner Virender Sehwag.

Sehwag took to his official Instagram handle to post, "Aaj Hamara jalwa Raha Pehle 6 over." He referred to the fact when Indian cricket team head coach Ravi Shastri once stated that Prithvi Shaw is a mixture of Virendra Sehwag, Sachin Tendulkar, and Brian Lara.

So, sarcastically, he meant playing in the first six overs for India, mainly how Prithvi Shaw played in those six overs.

The youngster was kind enough to take to his Instagram to reply to Virendra Sehwag. Prithvi Shaw credited Virendra Sehwag for his inning last night through an Instagram story. The comment in the story reads, "Learned watching you all, sir." 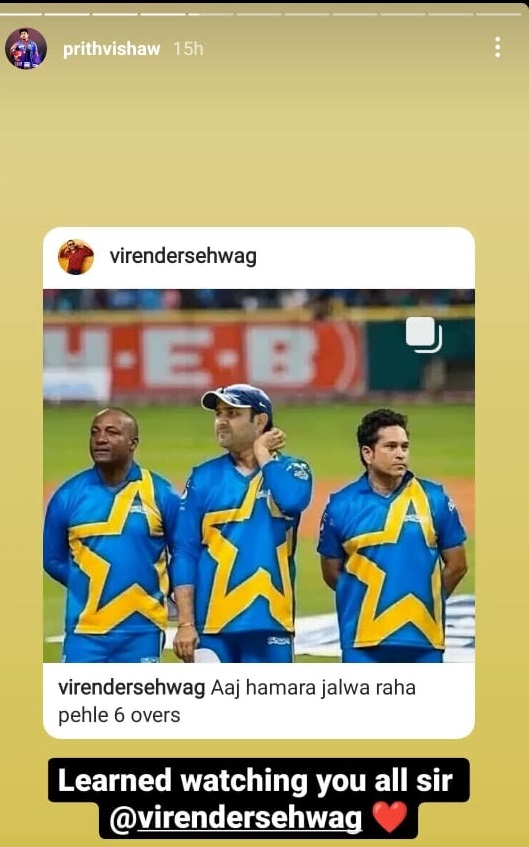 The Indian cricket team enjoyed a very successful night in Colombo yesterday. First, it was the bowlers who restricted Sri Lanka on 262 runs. And then the Batting department did the rest as India chased down the 263 runs target with seven wickets in hand.

Shikhar Dhawan scored 86, not out, while he got support from both Ishan Kishan and Prithvi Shaw, who scored 59 and 43 runs, respectively. India got the job done in the 37th over to take a 1-0 lead in the series.