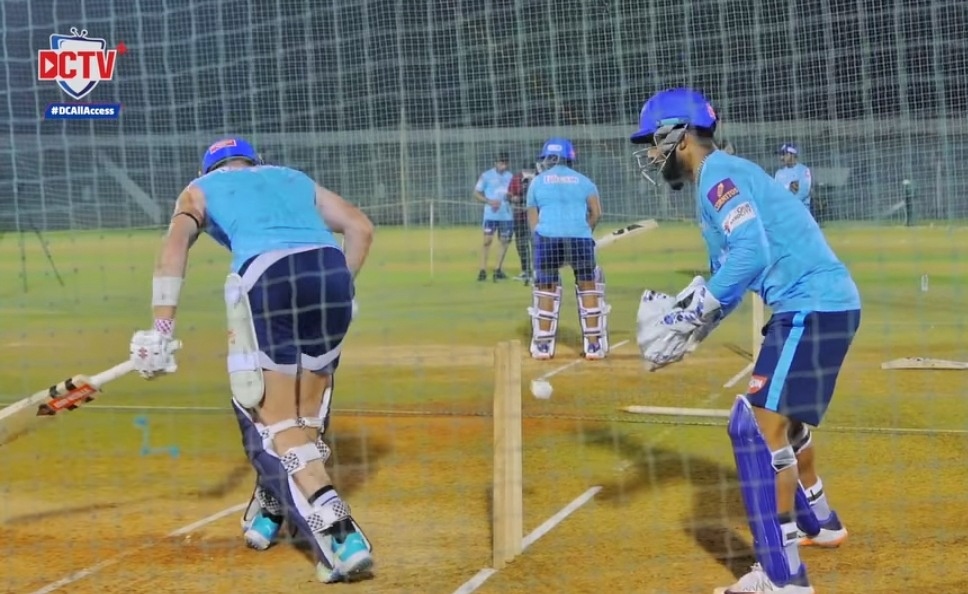 The cricketing world is on its feet at the moment following the mega event of IPL in India. With just a few hours left for the season opener to be played today, the fans are going crazy over it. Even though the matches will be played in empty stadiums following the covid 19 protocols, the excitement for the same is riding at its peak.

Many of the changes will be witnessed in this year's season. The most surprising one was Rishabh Pant's selection as Delhi Capitals' captain due to Shreyas Iyer's injury. The southpaw will be making his captaincy debut on 10th April vs. his idol MS Dhoni.

Delhi Capitals' management has shown immense faith in him by selecting the young lad ahead of experienced stars like Rahane, Smith, and Ravi Ashwin. This has gained a positive response from the cricketing world so far.

He has already started his captaincy duty, which can be seen in the practice session videos posted on Delhi Capitals' Instagram page.

However, along with this, his never-ending chirps from behind the stumps can also be seen. He was trying to troll the English batsman Sam Billings, who was constantly finding it difficult to face the spinners during the nets. Pant tried to troll Billings by saying, "Someone is not hitting."

Even Delhi's page admin couldn't control his laughter as he captioned the post as, "Rishabh Pant can't resist himself behind the stumps, even during the practice session." You can watch the video here:

This year will mark the 14th edition of the Indian Premier League with Mumbai Indians being the defending champions. The fans are hoping to see a new side lift the title this year as Royal Challengers Banglore, Delhi Capitals and Punjab Kings are yet to lift their first IPL title.