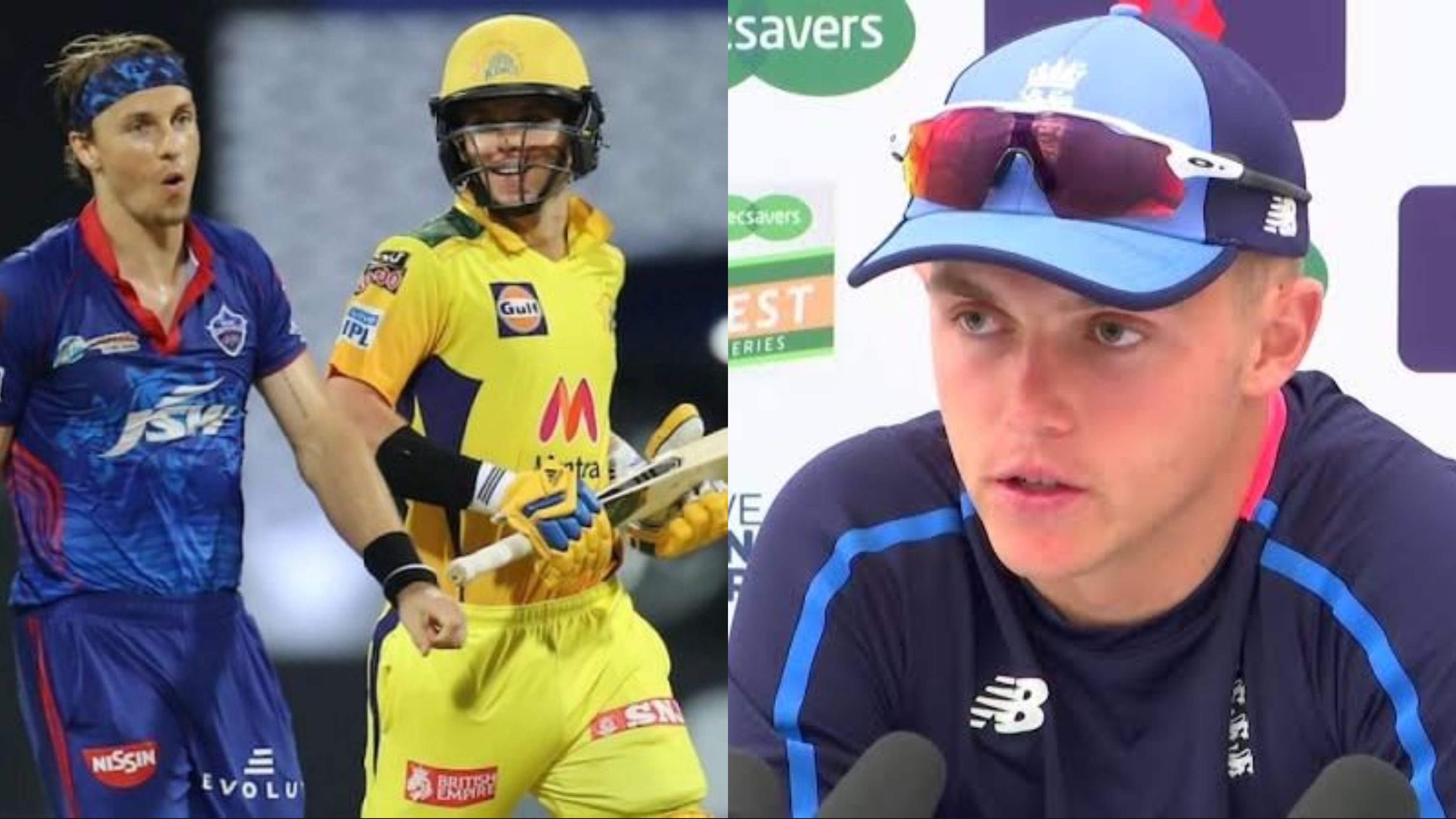 We have seen brothers play against each other, especially in domestic leagues. There is always a pinch of spice involved. You need to prove yourself more than anyone else on the pitch! Outwitting the same blood gives you a sense of supremacy, sometimes.

The incident happened between the Curran Brothers – Tom and Sam– while they faced each other in IPL 2020 in the UAE. The Englishmen were always competitive towards each other, said Sam Curran, who plays for the Chennai outfit, during his appearance on Headstrong: An Innings With.

"On such a big stage, it’s pretty funny. I was running into bowl, and I couldn’t stop laughing. You’ve got to try and be serious, but sometimes you’ve got to realise that it’s a bit of fun and whatever happens… happens.”

Sam Curran is the rising star of the England team. Sam can both bat and bowl upfront. Energetic on the field, Sam is the perfect utility player any team could ask for. On the other hand, Tom Curran is a pacer who finds comfort in the limited-overs format.

In this battle of the Curran Brothers, the young one stepped up and got the upper hand. A quickfire 17 off just six balls with the bat as he was given the role of a floater. With the ball, he conceded 33 runs and picked up three wickets. Tom, on the other hand, scored an unbeaten ten runs off nine balls. Tom conceded 54 runs off his four overs as the match progressed, picking just one wicket.

Tom and Rajasthan Royals won the battle, while Sam won the personal battle of his brother.

Six months down the line, the Curran brothers met again on Siblings Day (April 10) in Mumbai for the 14th edition of the IPL. Sam represented CSK for the second season running, while Tom played for Delhi Capitals.

Sam thrashed Tom to the boundaries as he managed to spoil what was turning out to be a great spell by Tom Curran. He hit two sixes and 1 four off Tom. Sam hit an unbeaten 34 off 15 balls. The young cub later went for 24 from his two overs.

Once more, Tom and his team won the battle, while Sam won the personal battle of his brother. It is for these moments they say, and those little things do matter in life.