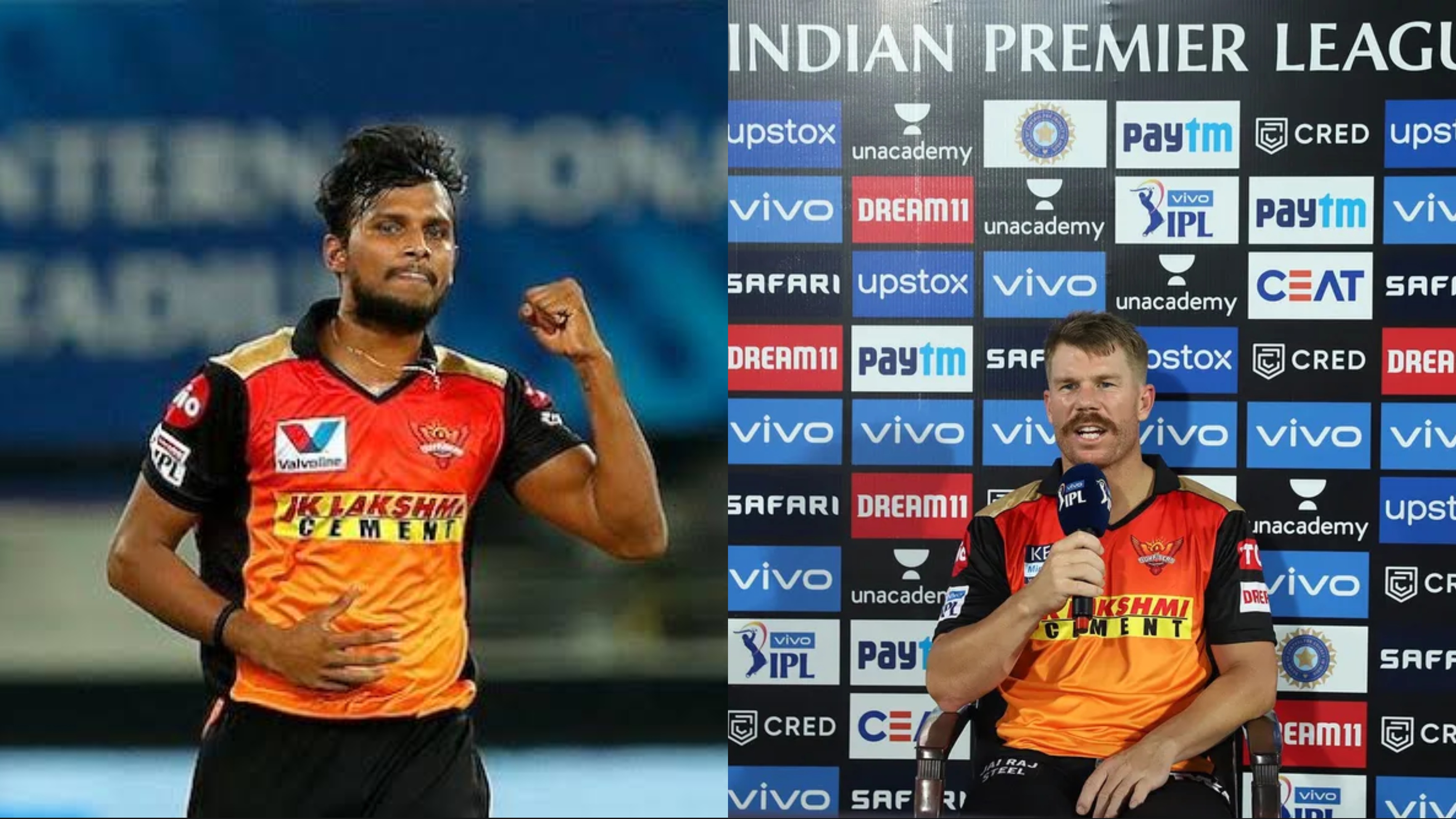 And due to the same reason, the Hyderabad pacer also missed out on the match against Punjab Kings, which Hyderabad won. And it is still not clear for how long Natarajan will be missing from SRH's squad.

After a nine-wicket win over Punjab Kings on Wednesday, Sunrisers Hyderabad skipper David Warner confirmed in the post-match press conference that Natarajan had suffered a knee injury. He mentioned that the injury condition is unknown, and he will have to go out of the bio-bubble for a scan, and thus when he will fit, he will have to serve a seven-day quarantine period as per IPL bio-secure bubble rule.

Warner stated, "He has obviously got a sore knee. Given the circumstance in these bubbles, if he goes and gets a scan, he obviously has to sit out for seven days. He has to get back in quarantine. We are just monitoring him at the moment. The physios are doing their best to analyse from a face point of view, but he obviously has to go out and get a scan at some point."

T Natarajan had a year to remember in 2020 when he picked up 16 wickets in the Indian Premier League's 2020 edition. After that, he was called up to the Indian national team, where he became a hero.

This season too, Natarajan was looking in good touch as he has two wickets in 2 matches to his name before he got injured.

Sunrisers Hyderabad is really missing the services of the quality pacer, and now their other dependent bowler Bhuvneshwar Kumar too suffered a niggle against Punjab Kings, and the franchise is yet to provide a further update on the bowler's fitness.