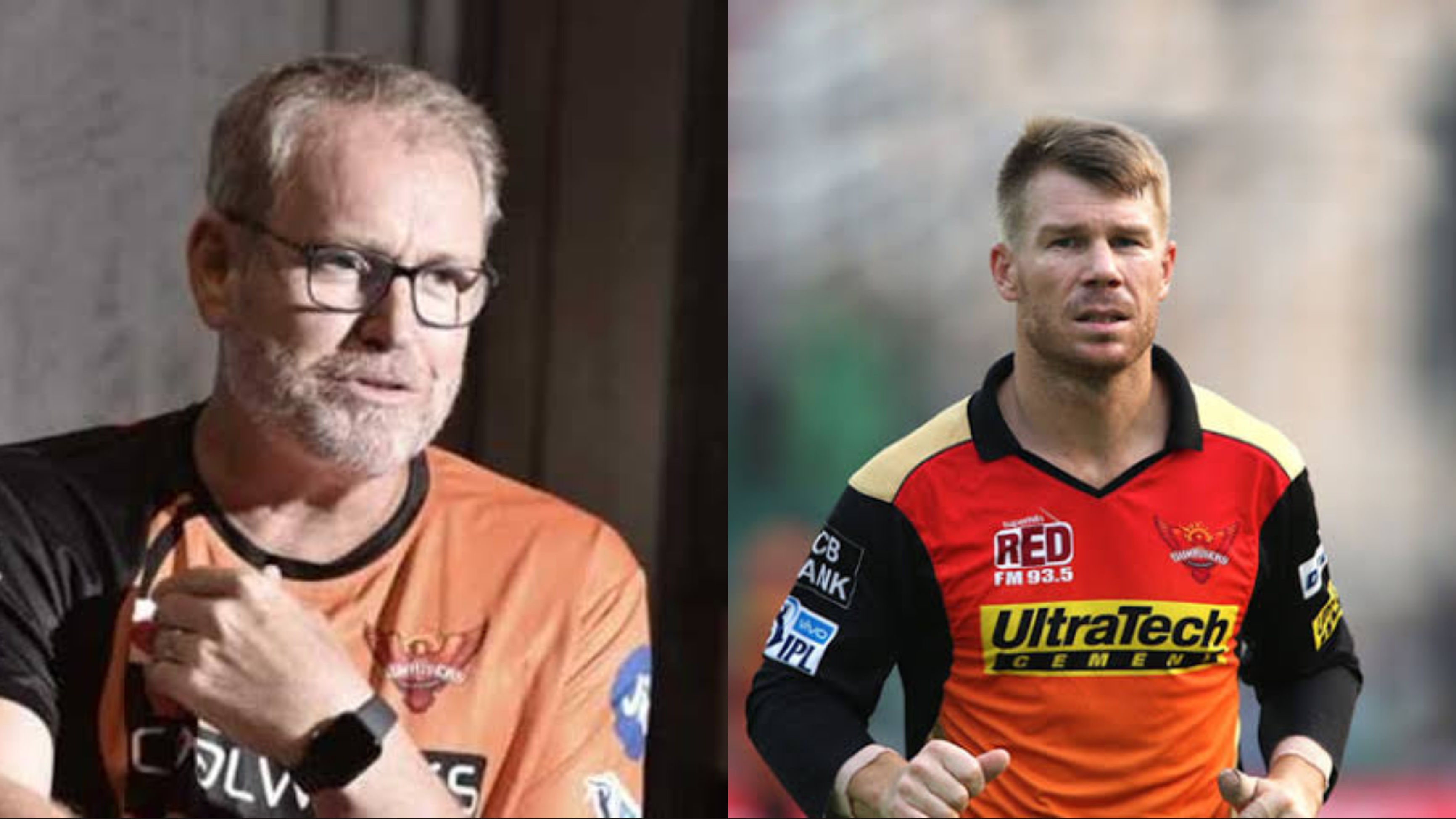 The Sunrisers Hyderabad have left David Warner out of their playing XI for their seventh match of IPL 2021, where they will lock horns with the Rajasthan Royals. It was a surprising development because Warner was the backbone of the Orange Army.

Many fans were surprised when the Sunrisers Hyderabad issued a press release, stating that Kane Williamson would take over as the team captain. SRH also mentioned that they would change their overseas combination, and today, Mohammad Nabi has replaced David Warner.

Ahead of the toss, Tom Moody participated in an interview, where he thoroughly explained why David Warner did not get a place in the playing XI.

“We had to make the hard call - somebody has to miss out and unfortunately it's him. He's been good. He's shocked and disappointed. Anyone would be disappointed. He has come to terms with the logic behind what we want to achieve from a franchise's perspective. He has rallied around the team and more importantly the team has rallied around him,” Tom Moody was quoted as saying by ESPNCricinfo.

David Warner had started his IPL career as a part of the Delhi Daredevils team. The Australian opener played 55 innings for Delhi, scoring 1,435 runs at an average of 28.70.

However, Delhi released him before the 2014 mega auction. The Sunrisers Hyderabad signed him at that auction, and since then, Warner represented the Orange Army in 93 matches, amassing over 4,000 runs at a mind-blowing average of 50.78. He won three Orange Caps at SRH.

It was a little surprising to see the Sunrisers Hyderabad drop their main batsman just because he did not deliver the goods in six matches. However, Tom Moody pointed out that they wanted a different combination, which was why they had to drop Warner.

It will be exciting to see how the Sunrisers Hyderabad perform in the absence of David Warner.