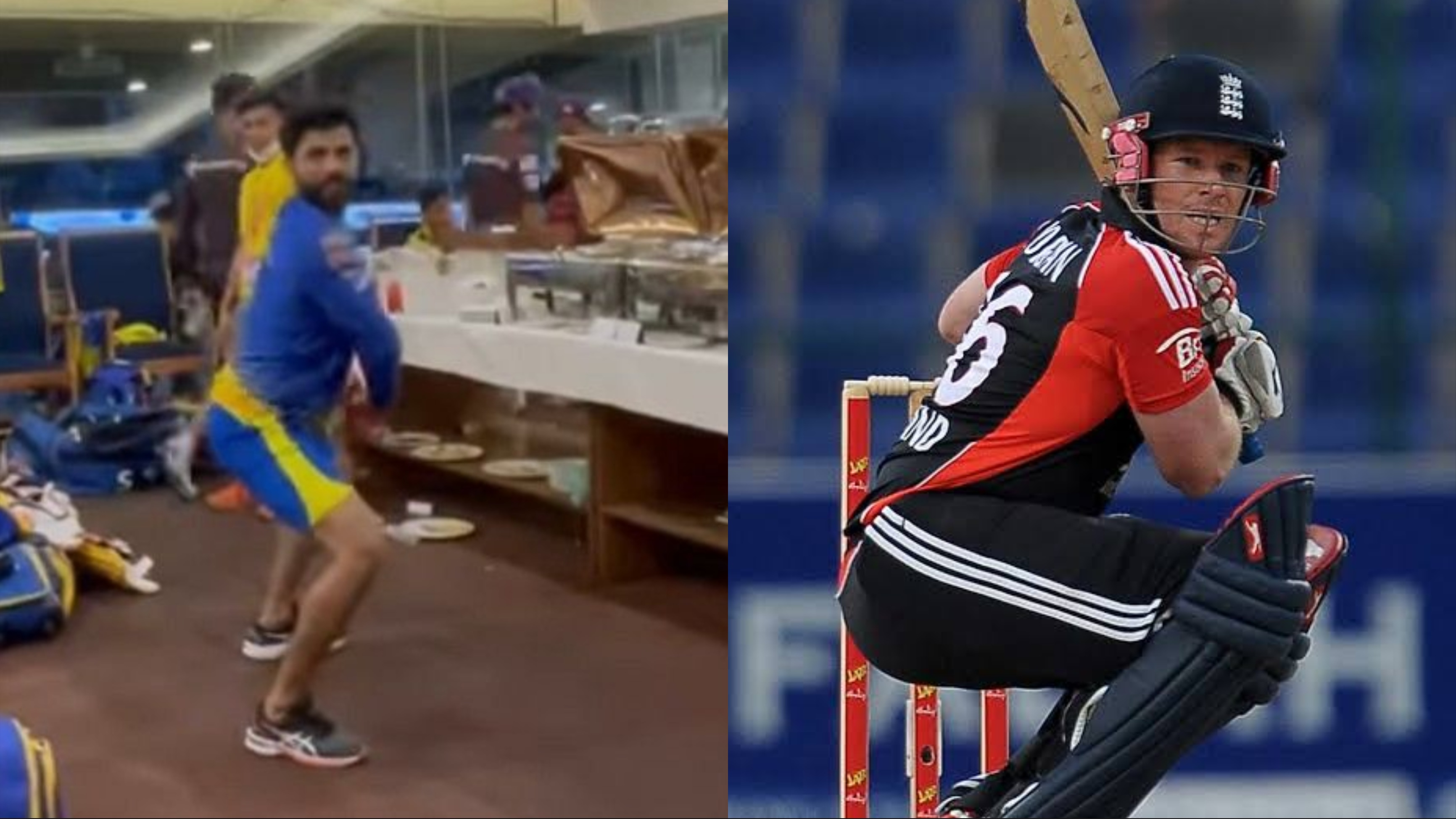 Chennai Super Kings batsman Suresh Raina posted an Instagram story in which Ravindra Jadeja was seen mimicking Morgan's batting stance with a high backlift and the way Morgan crouch during his stance.

Talking about the match, it was a high-scoring match which the fans enjoyed quite a lot. After winning the toss, Kolkata Knight Riders decided to bowl first, but their bowlers couldn't live up to the captain's decision as an incredible 95 runs innings from Faf Du Plessis guided Chennai Super Kings to a massive total of 220. Ruturaj Gaikwad (64 runs off 42 balls), Moeen Ali (25 runs off 12 balls), and MS Dhoni (17 runs off eight balls) also shined for the yellow army.

Kolkata Knight Riders suffered a significant blow in the chase of the massive target as they lost their five top-order wickets for only 31 runs inside the mandatory power-play.

And after that, everyone expected Kolkata Knight Riders to lose by a considerable margin, but instead, the side from Kolkata fought back. First, Dinesh Karthik (40 runs off 24 balls), Andre Russell (54 runs off 22 balls), and then Indian Premier League history's one of the most expensive players Pat Cummins who scored a brilliant 64 runs off 34 balls.

Still, it wasn't enough for the Kolkata franchise to chase it down as KKR got all out for 202 runs in the 20th over.

Chennai Super Kings' next match is against Virat Kohli's Royal Challengers Bangalore on Sunday, while Kolkata Knight Riders will play a day before that against Rajasthan Royals.