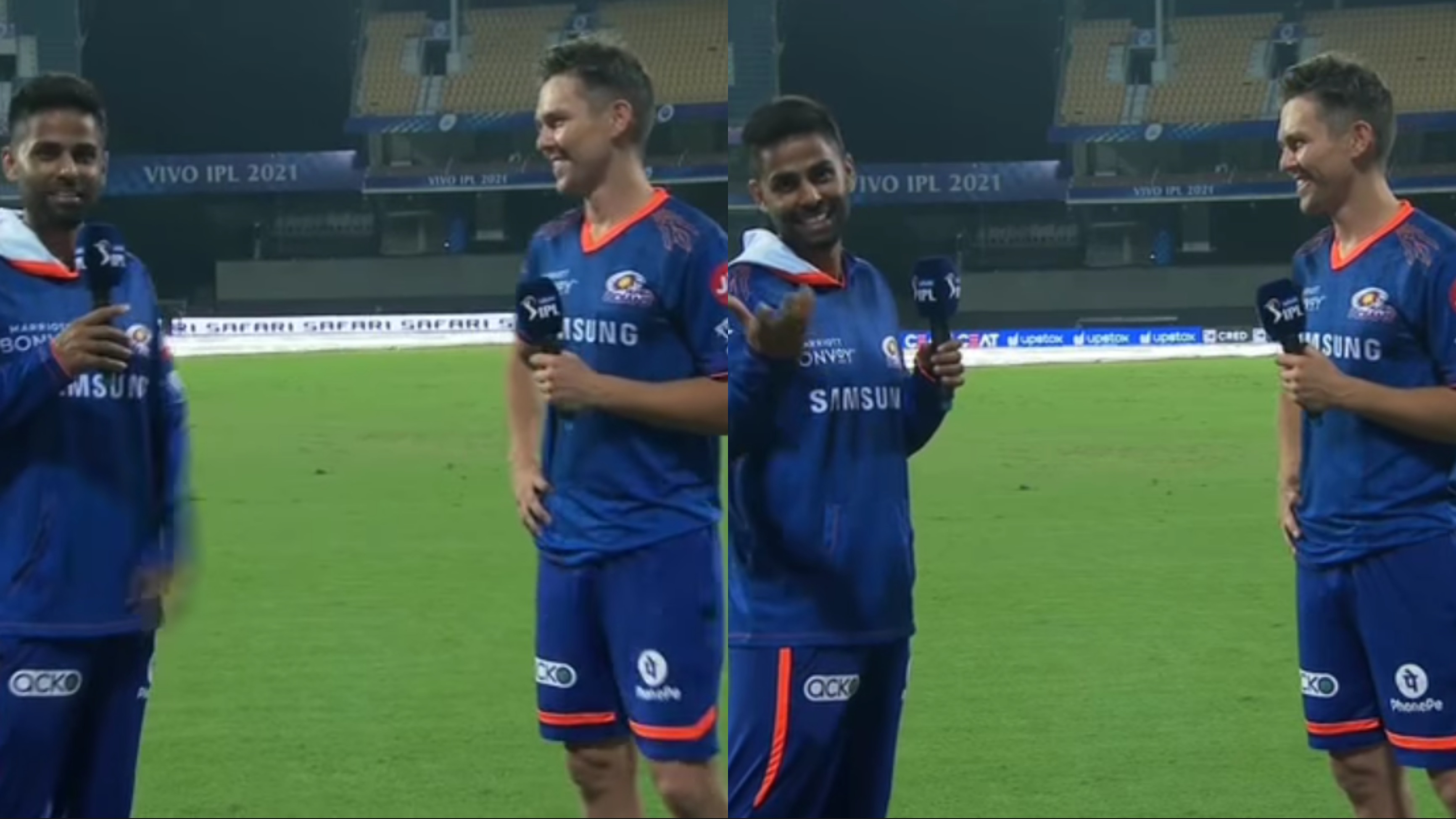 The Indian Premier League 2021 has produced some quality matches so far this season, and it is living up to the hype that was created since the IPL Auction took place earlier this year. Trent Boult has been excellent for MI this year.

We saw another fantastic match last night where the winner was not decided till the very last over. Kolkata Knight Riders and Mumbai Indians faced off in match 5 of the Indian Premier League at the MA Chidambaram stadium in Chennai, in which Mumbai Indians won the game by ten runs.

Throughout the entire game, it was all in Kolkata Knight Riders' pocket, but at the very least, they bottled it. They needed just 31 runs off 30 balls but couldn't manage to score it, and the credit must go to Mumbai Indians' bowlers.

But after the match, an exciting incident took place. Two of the heroes of the game, Suryakumar Yadav, interviewed Mumbai's fast bowler Trent Boult. And during a part of the interview, Suryakumar Yadav tested the Hindi talking skills of Boult.

Suryakumar asked him, "Boult, so now your Hindi is going to come into test, tell me, apko last over mein 15 run defend karke kesa Laga (how do you feel after defending 15 runs in the last over)." In reply to this, Boult said, "last over ? ahh bohut acha."

This was Mumbai Indian's first win of the season, while it is the other way round for Kolkata Knight Riders. After this match, Mumbai Indians now find themselves in 2nd position while KKR is now placed 5 in the league standing.