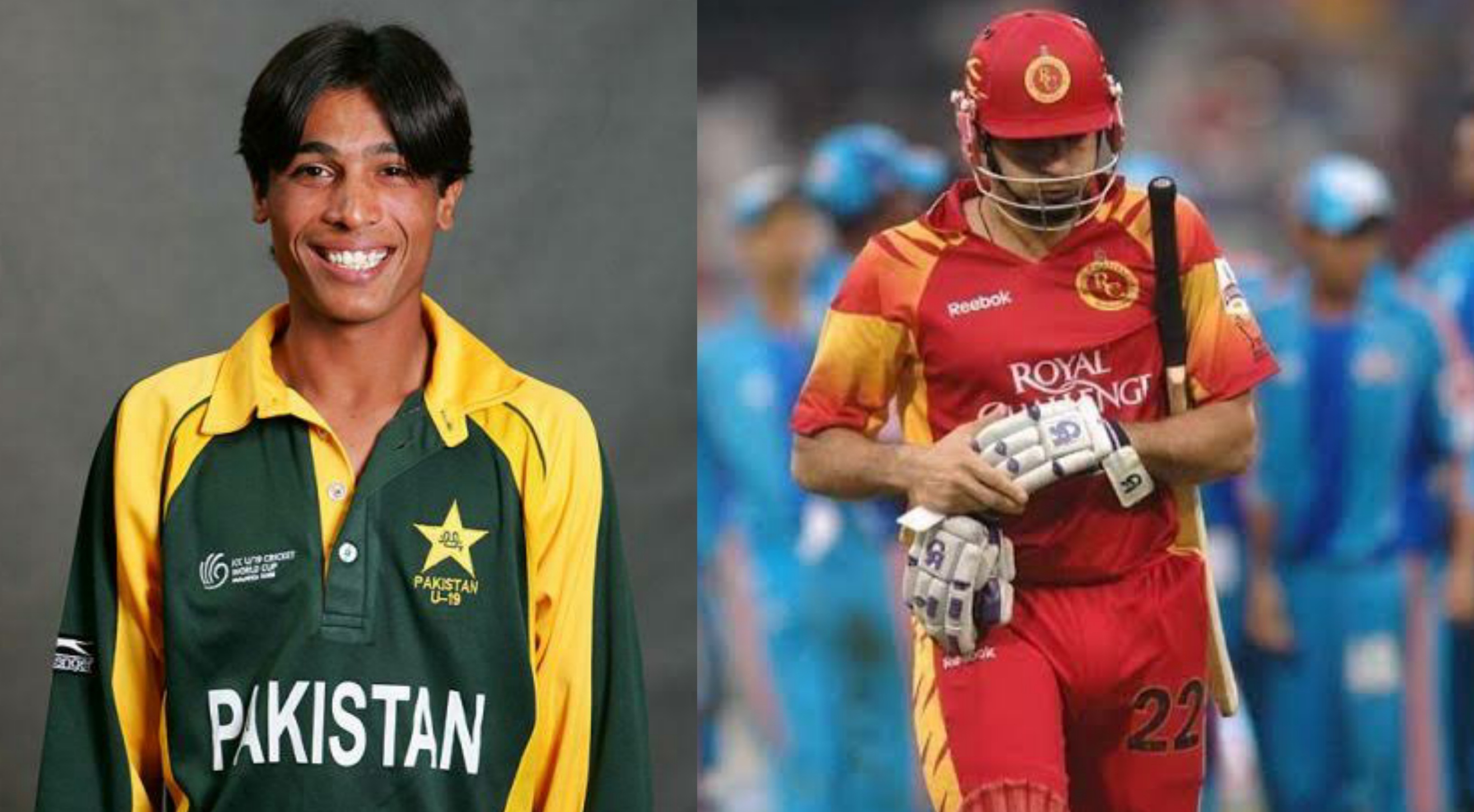 IPL Auction has become of the biggest events of the year. Almost every cricketer registers himself for the auction. The nature of this event is so unpredictable that some star players end up going unsold, whereas some unknown players bag massive contracts from the IPL franchises.

Players from Pakistan have been away from the IPL after the first season. However, not many fans would know that many Pakistani cricketers registered themselves for the IPL Auction in 2010. All of them ended up going unsold at the event, but the following eleven names had made it to the final list.

Amir was one of the ten players who made it to the final list of the IPL Auction 2010. However, none of the franchises signed him at the event.

Off-spin bowler Saeed Ajmal was one of the best off-spin bowlers in the cricket world during the early 2010s. Ajmal never played in the IPL.

The Pakistani spinner registered himself for the IPL Auction in the year 2010 and even made it to the final list. However, he could not receive his first contract.

Umar Akmal is the brother of Pakistani wicketkeeper Kamran Akmal. Many fans would know that Kamran was a part of the Rajasthan Royals team in 2008.

Kamran is one of the few Pakistani players to have won the IPL trophy. However, his brother Umar did not get a single bid at the 2010 IPL Auction.

Many fans would remember Mohammad Irfan because of his tall height. The Indian batters practiced specially the deliveries from tall height in the nets to perform well against Irfan.

Irfan could have been an X-factor player in the 2010 edition of the Indian Premier League. But none of the franchises considered him for a contract.

Rana Naved-ul-Hasan was a right-arm fast bowler who played for Pakistan in all three formats. He played nine Tests, 74 ODIs and four T20Is for his country.

The pace-bowling all-rounder played his last international match in 2010. Since he was in the final phase of his IPL career, the franchises might have not considered him for the contract.

Imran Nazir was an opening batsman who played some aggressive knocks at the top. Nazir has been away from the international arena for quite some time now.

The right-handed batter represented Pakistan in all formats of cricket. However, he did not get a chance to play for any team in the IPL.

Abdul Razzaq was a fast-bowling all-rounder. He bowled right-arm pace for his country and even played some important knocks in the lower middle-order.

Razzaq went unsold in the 2010 Auction. The all-rounder does not play international cricket now, but he has grabbed the headlines with his controversial comments.

Current Pakistan coach Misbah-ul-Haq earned a contract from the Royal Challengers Bangalore in 2008. He could not impress much with the willow.

Although Misbah had the capability to play big shots, his strike rate was not up to the mark. As a result, he did not get a bidder at the 2010 auction.

Umar Gul had made a name for himself with his good performances in white-ball cricket. He was a wicket-taking bowler and was a part of KKR in IPL 2008.

Gul had made it to the shortlisted players for IPL Auction 2010. However, the franchises ignored him as he returned to the auction pool unsold.

Kamran Akmal was a part of the champions Rajasthan Royals team in IPL 2008. Akmal has the capability to bat in the top order and keep the wickets for the team.

It seemed like the franchises may sign him because he was a keeper batsman. But the Pakistani fans were disappointed as Akmal went unsold.

The last name on this is of Pakistan's left-arm pacer Sohail Tanvir. The left-arm fast bowler was the first player to win the IPL Purple Cap.

Tanvir played a pivotal role in the Rajasthan Royals' championship triumph. Still, neither the Royals nor any other franchise showed interest in his services.