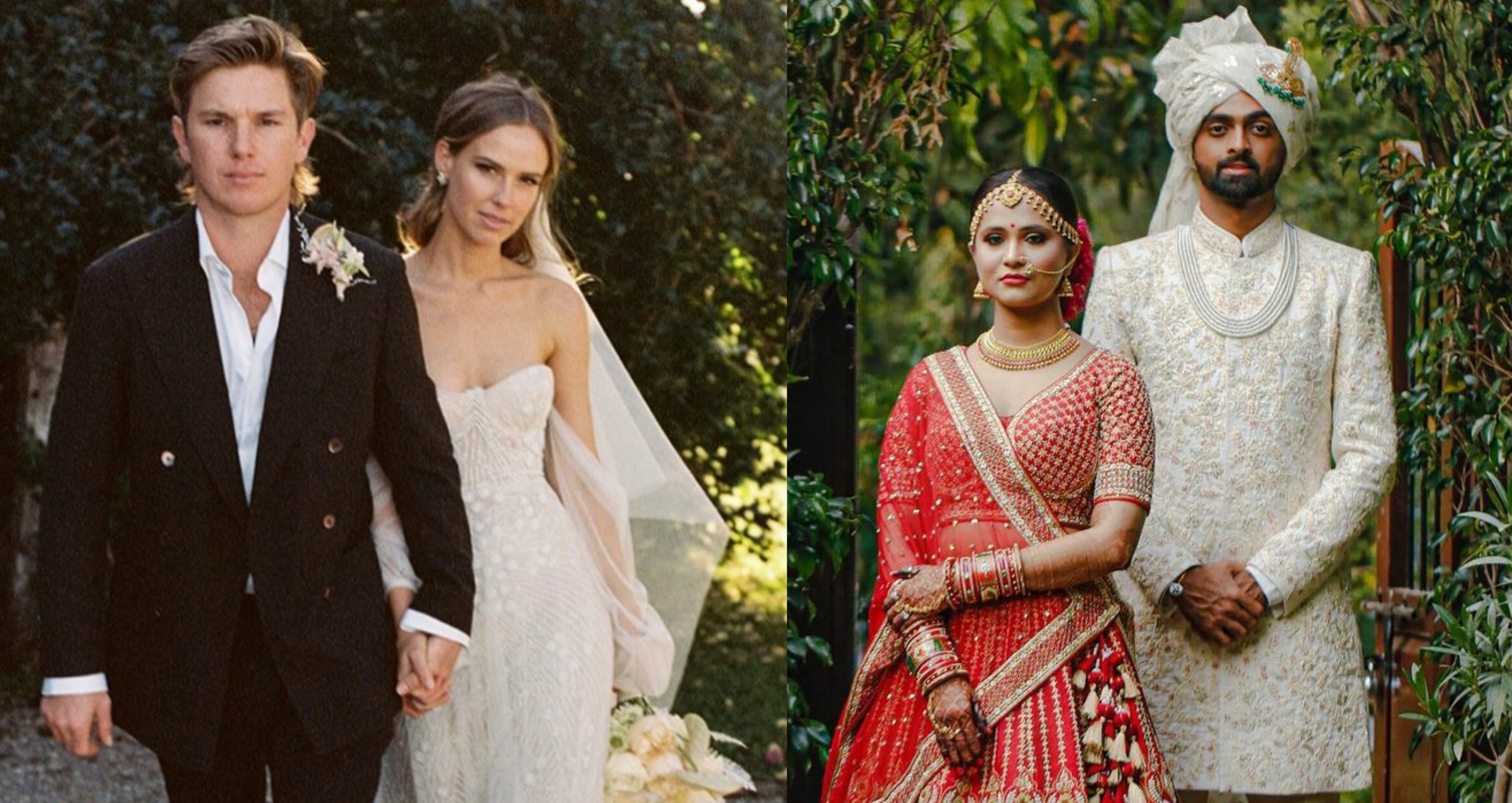 2021 has been a year of hope for all cricket stars. After spending most of their 2020 season at home, the cricketers have got many chances to play cricket in the year 2021. Domestic cricket resumed in India, while the Indian cricket team has sent two different squads to tour England and Sri Lanka.

Apart from that, a few cricket stars have also focused on their life off the field. Many cricketers have got married in lavish ceremonies over the years, but because of the COVID-19 pandemic, not every cricketer could tie the knot in a grand fashion. Nevertheless, five cricket stars decided to get married in this year so far. Here's a list of five such cricketers.

Vijay Shankar represented the Indian cricket team in the 2019 World Cup in England. He was one of the top all-rounders present in the squad. Shankar played for the Sunrisers Hyderabad in the first phase of IPL 2021.

Although Shankar's performances have not been so impressive of late, the cricketer decided to take a big step in his personal life. The Indian all-rounder got hitched to Vaishali Visweswaran in January 2021. The couple had got engaged in August last year.

2. One of the only cricket stars from Australia on this list: Adam Zampa

Adam Zampa is one of the top leg-spin bowlers in the world right now. Zampa came into the spotlight after he took a six-wicket haul for the Rising Pune Supergiant in the IPL. In IPL 2021, Zampa was part of the Royal Challengers Bangalore squad.

He is one of the biggest overseas names present in the RCB squad for IPL 2021, but Zampa made himself unavailable for the first match of IPL 2021 because of some personal reasons. Zampa got married to his girlfriend Hattie in June 2021, before that the couple had postponed their wedding twice.


Another wedding involving a cricketer that happened in June 2021 was of Rohit D and Aishwarya. Many fans would know that Aishwarya is the daughter of filmmaker S Shankar.

Aishwarya and Rohit Damodaran tied the knot in a private ceremony which was attended by only close friends and family members. Rohit D is the captain of the Puducherry domestic cricket team.

4. One of the most popular cricket stars to get married in 2021: Jasprit Bumrah

Jasprit Bumrah is one of the top pace bowlers in the cricket world right now. The Mumbai Indians star has made a name for himself with his magnificent yorker-bowling skills. Bumrah has solved the death-bowling woes for the Indian cricket team in the shorter formats of the game.

Also, Bumrah has taken a hat-trick in the Test format. Speaking of his personal life, Bumrah got married to Star Sports anchor Sanjana Ganesan in March 2021. Both celebrities managed to keep their relationship private despite the fact that they are regularly in the media.

Another Indian fast bowler who got hitched in the year 2021 is Jaydev Unadkat. The left-arm fast bowler plays for the Rajasthan Royals team in the IPL.

Unadkat is the captain of the Saurashtra cricket team in the domestic arena. He got married to his fiancée Rinny Kantaria at Madhuban Resort in Anand.