5 Legendary Cricketers Who Failed To Do Well In IPL 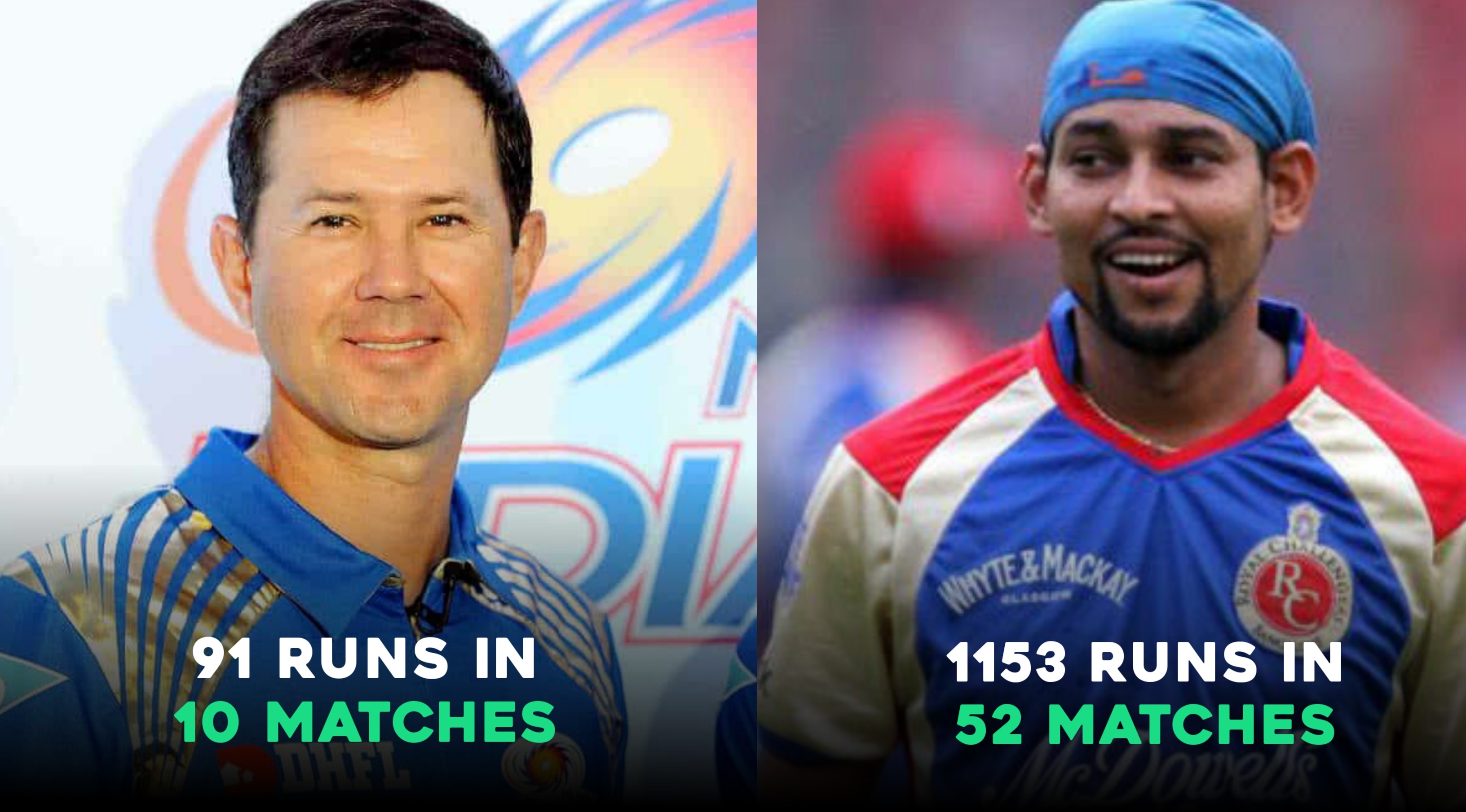 Indian Premier League is one of the toughest T20 leagues on the planet. There is intense competition in the league and there are many world-class players who operate at the centre of it. In the seasons held so far, we have seen a few legendary cricketers who have failed in IPL.

It is not very easy to perform in IPL. There is a mountain of pressure, and before you know, three of four opportunities would have already gone by. Hence, a few find it hard to perform here. In this article, we take a look at five legendary cricketers who have failed in IPL.

One of the best ODI batsmen that the game has seen, Ricky Ponting was a massive disappointment in IPL. Especially after he was decent in T20I's and had one good BBL season, there were expectations that he would do well in the Indian T20 League. However, he just could not score runs in IPL. While his KKR stint went horribly wrong, he got an opportunity in 2013 with Mumbai Indians. He was made the captain initially but he later dropped himself and passed the baton to Rohit Sharma. MI won the title that season.

A swing bowler will always find a way to make an impact in a cricket game. If the player is as talented and experienced as Glenn McGrath, you can surely expect a load of wickets. However, in the first edition, the Aussie was mediocre for Delhi Daredevils and did not do justice to the tag of being the leader of the franchise's pace attack. Other members in the bowling line-up did a better job than the Aussie. Hence, McGrath is on this list of legendary cricketers who have failed in IPL.

There were doubts if the likes of Sachin Tendulkar, Rahul Dravid and VVS Laxman would crack the T20 format. While Sachin and Dravid played many impactful innings, VVS Laxman just could not score runs in this format. His stats tell that the Hyderabad cricketer was not comfortable in this format. The pressure to score runs quickly might have been the reason behind this performance. While he played for Deccan Chargers in the first three editions, he was part of the Kochi Tuskers Kerala squad after that.

Sourav Ganguly was known for his attacking cricket while playing for Team India. However, in IPL, he could not justify this tag. Most often, he found himself as a second fiddle and could not construct anything memorable. There were also plenty of controversies that he was part of. Firstly, it was related to his captaincy in KKR and then, he disappointed his fans by deciding to play for Sahara Pune Warriors after he left KKR.

If you take a look at his runs and wickets in his ODI career, Dilshan's achievement is nothing short of legendary. However, when it came to IPL, he did not do well. With the Delhi Daredevils, he got plenty of chances but did not score a lot of runs. His strike rate was also poor for a player of his stature. At RCB, Dilshan was under lesser pressure as Gayle was batting well at the other end. Yet, the Sri Lankan could not leave an impression.