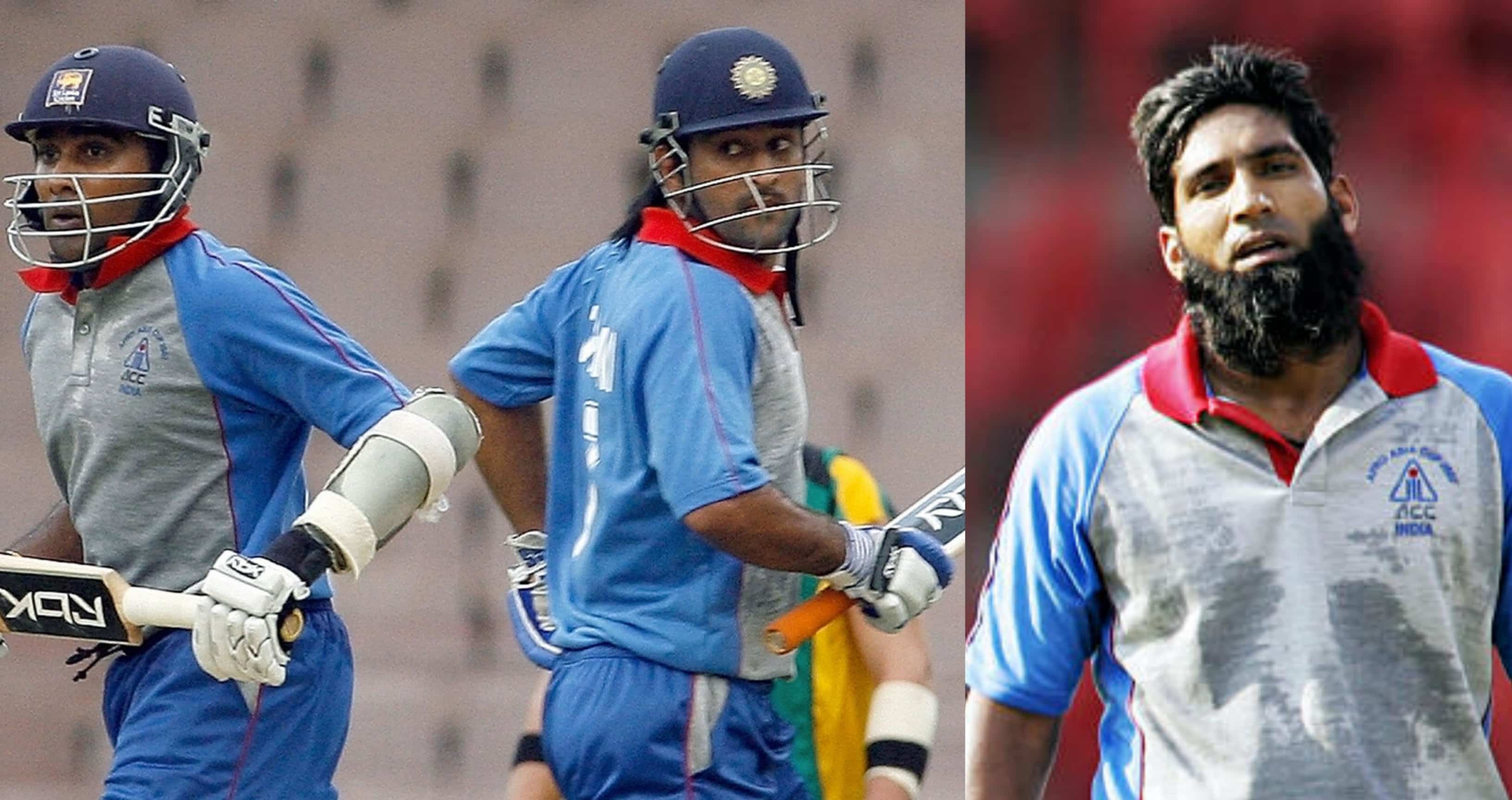 MS Dhoni is one of the best cricketers to have graced the ODI format. While he was the No.1 batsman for quite a few years, as a captain, MSD won the World Cup and the Champions Trophy in the ODI version. Interestingly, Dhoni has also played for Asia XI in three games. In this article, we talk about five popular players who were Dhoni's teammates when he played for Asia XI.

Held in 2007, Asia XI took on Africa XI for three games across Chennai and Bengaluru. Asia XI won all three games, and MSD was the Player of the Match in one encounter.

Although it is common for foreigners and Indians to play together courtesy of the IPL, there have been few combinations that did not materialize even in the Indian T20 League. Sanath Jayasuriya is a legend when it comes to ODI format. While he is one of the highest run-getters, Sanath also picked plenty of wickets as a left-arm spinner. The Sri Lankan was one of Dhoni's teammates when he played for Asia XI.

Mahela Jayawardene and MS Dhoni have played multiple games against each other but have never featured in the same team. However, when MSD played for the Asia XI, Jayawardene was the captain of the squad. In the famous game in which Dhoni scored 139 runs from 97 balls, Jayawardene had also got a century. The partnership between the duo was one of the highlights of the game.

Barring the first season of the Indian Premier League, Indians and Pakistanis have hardly got a chance to feature in the same XI. However, before these restrictions, there were a couple of Asia XI games in which the players from the arch-rival countries played with the intention of helping the same team win. Mohammad Yousuf was one of the players who was MSD's colleague in the Asia XI. A legend of Pakistani cricket, Yousuf at one point in time was one of the best batsmen on the planet.

Although a controversial figure, Mohammad Rafique was a fine cricketer for Bangladesh. An orthodox left-arm off-spinner, Rafique also batted well in the lower order for his country. In a total of 125 ODI games, the former Bangladeshi cricketer collected 125 wickets and scored a total of 1191 runs. Even he was MSD's teammates in the Asia XI. In fact, with six wickets in two games, Rafique was one of the best performers for his side in that competition.

When it comes to Bangladeshi cricket, Mashrafe Mortaza is a legend. While he did a majority of Bangladesh's bowling work at his peak, there have been a few occasions when Mortaza also shined with the bat. He was one of MSD's partners in this famous Asia XI squad. However, they played together only for two games and in both these matches combined, the former Bangladeshi skipper was able to collect just a single wicket.