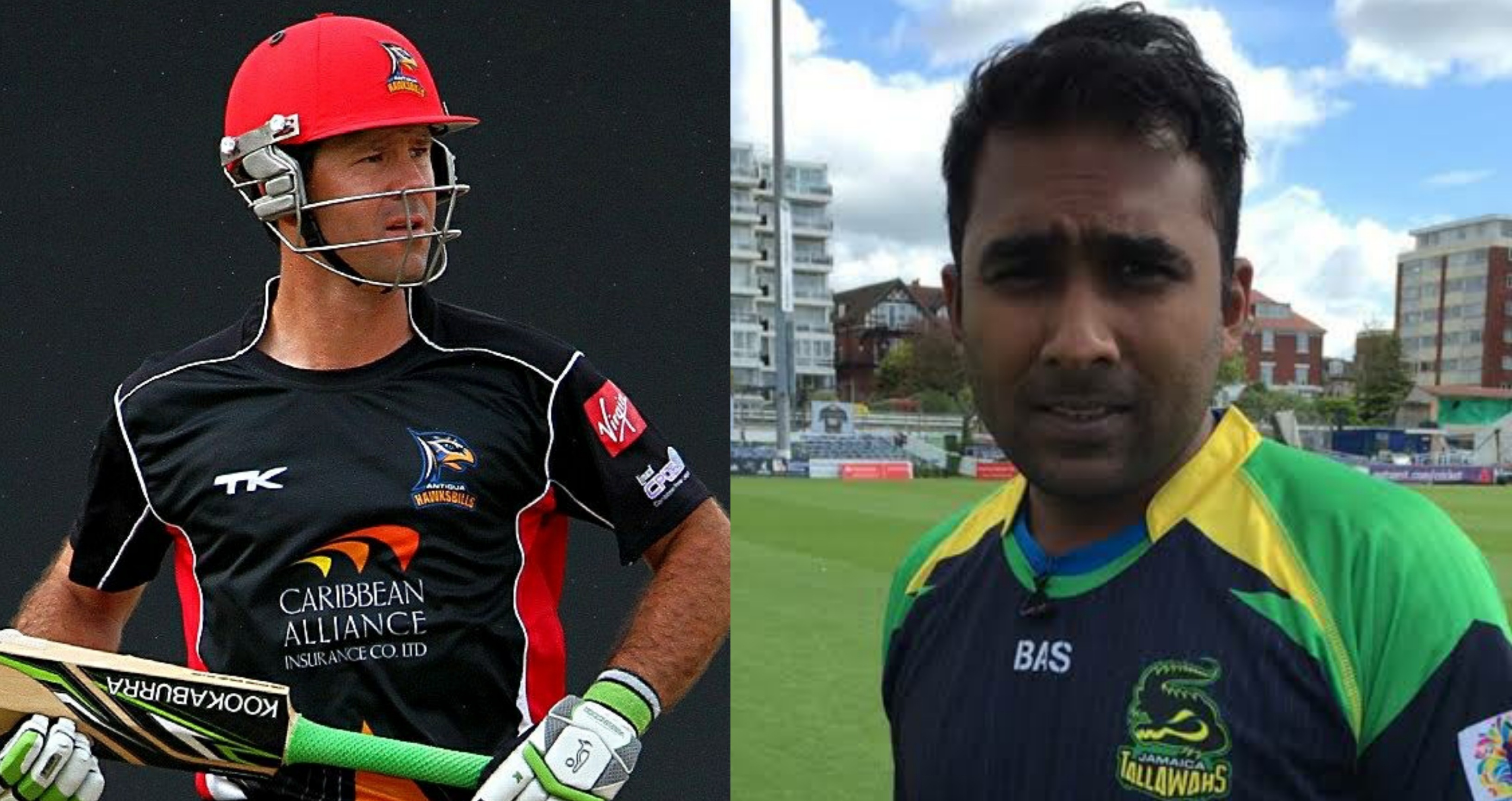 The Caribbean Premier League (CPL) is the biggest T20 league in the West Indies. The tournament has grown gradually over the years, and now it has a lot of fan following. West Indies is one of the most successful teams in the T20 cricket history. The Caribbean side is the only one to have won the T20 World Cup title twice.

CPL has given the Caribbean players a platform to share the stage with the world's best players. While the regular Indian international players do not have permission to play in the CPL, some big overseas names from across the world have been a part of the Caribbean Premier League. In this listicle, we will look at the five star overseas players you might not know once were a part of a CPL team.

Former Australian cricket team captain Ricky Ponting was a part of the inaugural edition of the CPL. Not many fans would know that Ponting played for the Antigua Hawkbills team in the CPL 2013 season.

Interestingly, Antigua did not appoint Ponting as the captain. Marlon Samuels played the skipper's role. Ponting played seven matches, where he scored 41 runs at an average of 10.25.

Former South African all-rounder Justin Kemp was the teammate of Ricky Ponting in the Antigua Hawkbills squad during CPL 2013. Kemp did not play the entire tournament for Hawkbills.

The South African star played three matches in the 2013 season, aggregating 38 runs at a strike rate of 100. Interestingly, he conceded 38 runs with the ball in his brief CPL stint.

Herschelle Gibbs was a part of the St. Lucia Zouks in the same edition of the league. Gibbs was popular for his explosive starts at the top, but the South African batsman struggled in CPL.

He was 39 years old when he played the tournament. Gibbs got a place in the playing XI for seven matches, where he scored 71 runs at an average of 11.83.

Former Sri Lankan cricket team captain Mahela Jayawardene turned up for the Trinidad and Tobago Red Steel team in CPL 2013. Jayawardene struggled in the tournament like all other senior players.

The right-handed batsman played three games, scoring 14 runs at an average of 4.66. His highest score in the Caribbean Premier League 2013 season was 11 runs.

Initially, the Jamaica Tallawahs had signed Sri Lankan speedster Lasith Malinga for the 2016 edition of the Caribbean Premier League. However, Malinga could not play in the tourney because of his injury issues. Subsequently, the Jamaica-based franchise roped in Dale Steyn as a replacement.

Steyn led the pace attack to perfection and helped the Jamaica Tallawahs squad win the tournament. The right-arm fast bowler from South Africa picked up 12 wickets in eight matches. He teamed up with the likes of Chris Gayle, Andre Russell, Kumar Sangakkara, Shakib Al Hasan and Imad Wasim in that season of the league.