6 active cricket stars who have the weirdest hairstyles 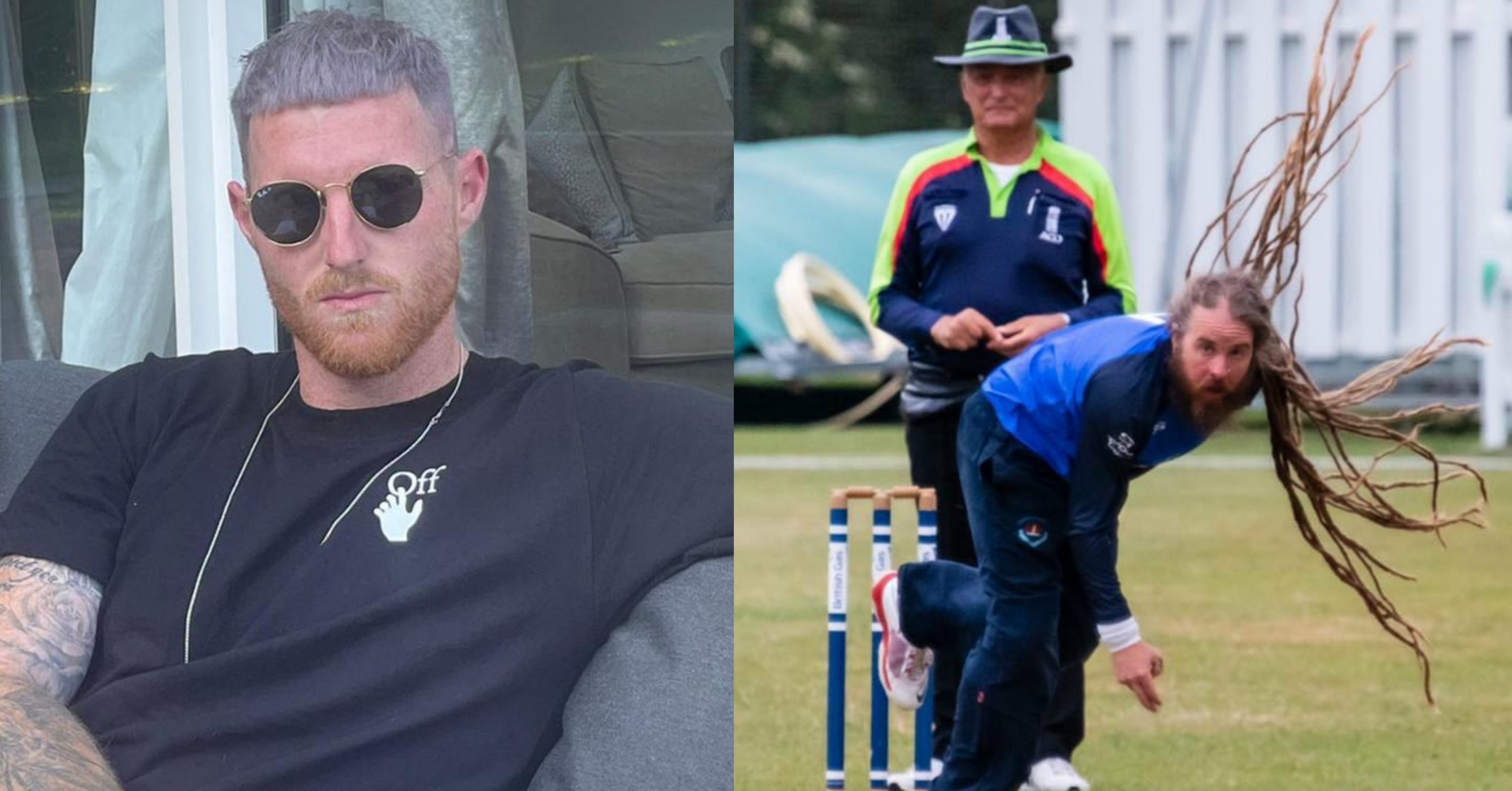 There are many big stars in the world of cricket. The sport has grown tremendously over the last few years when one considers the levels of popularity. Thanks to the boost in franchise cricket and the increase in the competition level at the global stage, cricket has gained more fans.

With the increase in their fan following, cricketers have become fashion icons as well. Many youngsters follow their looks, their beard styles and also their hairstyles. Often cricket stars try new hairstyles to look better and draw more attention. However, not every cricketer hits the home run in this matter.

Today, in this listicle, we will look at six such active cricket players who have the weirdest hairstyles.


Four members of the England cricket team have changed their hairstyle recently. The names of those four players are Ben Stokes, Liam Livingstone, Jason Roy and Sam Curran.

After Euro 2020 culminated, these four stars changed their hair colors. They have followed the hairstyle of football player Phil Foden and adopted a bleach-blonde hairstyle.

2. One of the most famous cricket stars: Hardik Pandya


Hardik Pandya is one of the top fast-bowling all-rounders in world cricket at the moment. He has not been at his best after his injury break.

Still, Pandya can walk into any cricket team in the world. Before departing for the Sri Lankan tour, Hardik shared photos of his new look, which went viral on the internet.

Colin de Grandhomme is back, and rocking a mullet 🤘


Colin de Grandhomme was born in Zimbabwe. In fact, he played the U-19 World Cup for the Zimbabwean cricket team before moving to New Zealand.

Colin de Grandhomme is a pace-bowling all-rounder like Hardik Pandya. Recently, he played in the WTC Final against India with a mullet that caught many fans' attention.

4. One of the most famous cricket stars: Krunal Pandya


Krunal Pandya, just like Hardik Pandya, is one of the top all-rounders in the cricket world. Both brothers play together for the Mumbai Indians in the IPL.

Currently, both are touring Sri Lanka as part of the Indian cricket team. Krunal had once shared photo of his new hairstyle with an interesting cut.

Andre Russell won Man of the Match award. He can also take the Hairstyle of the Tournament award! @Sport_360 #CWC15 pic.twitter.com/22ME1KP9ra


Andre Russell is another all-rounder to feature on this list. The West Indian all-rounder is known for his unique fashion and new hairstyles.

Russell is a hard-hitter of the ball and he bowls right-arm pace as well. Many fans have noted his hairstyles that sometimes look a little weird and also his shoes which are of different colors on the field.

Have you seen a crazier hairstyle than this on a cricket field? 😂🏏

In 2020, almost all cricket stars were at their homes for a long time. There was no live action on the cricket field, but gradually things improved.

In the UK, the club cricket resumed around June 2020. And on June 2, 2020 an English club player went viral on Twitter after Sixes and Wickets shared his hairstyle. Many fans consider it as the weirdest hairstyle in cricket style. Interestingly, the player who played in a Winchester-based club surrounding bowled and batted in that match with that hairstyle.