6 Guinness World Records in cricket that might never be broken 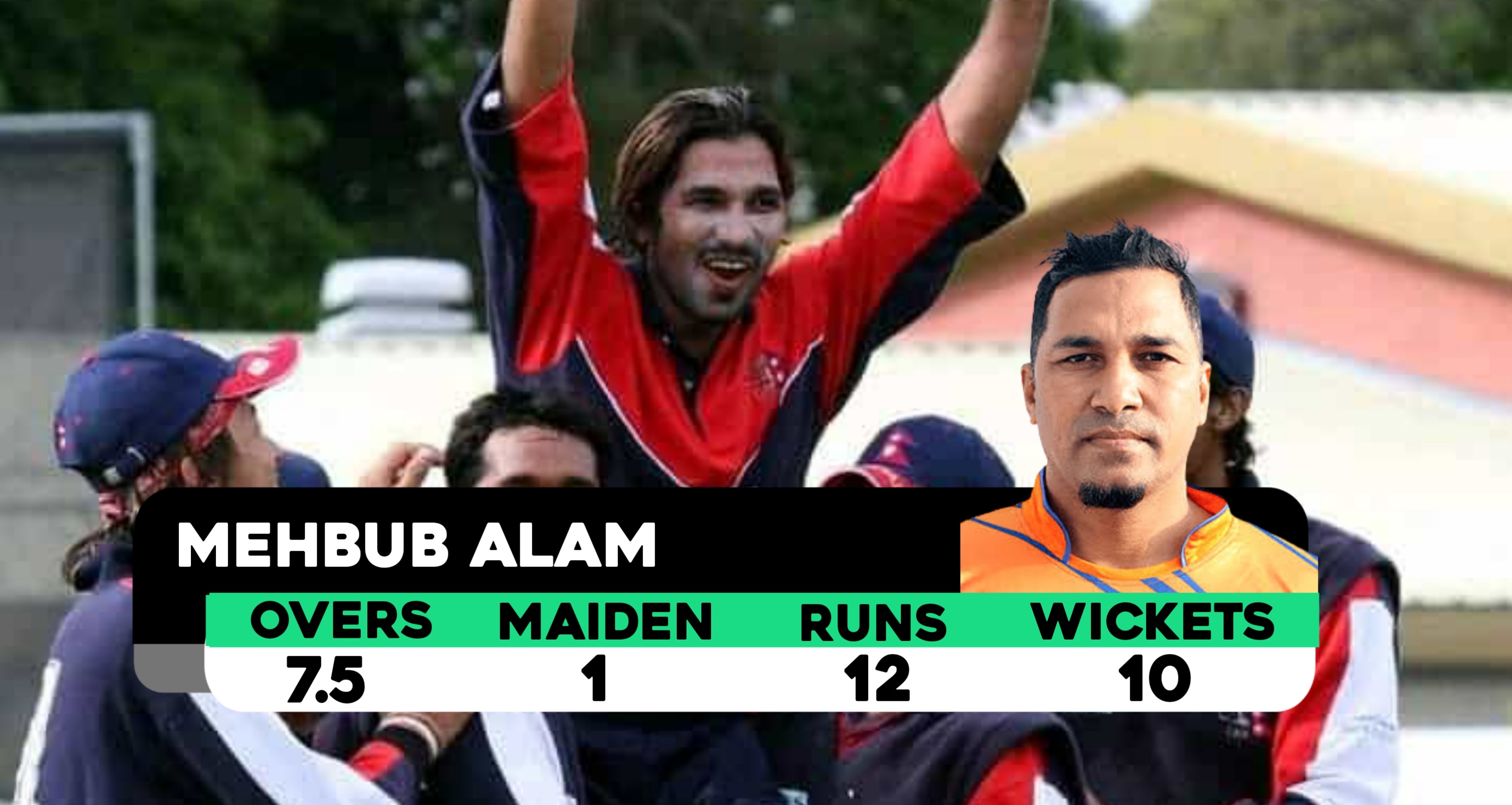 1. One of the Guinness World Records in cricket held by bowler: 10 wickets in limited-overs game

There are ten wickets for each team that bats in an inning of a cricket match. There are 11 batsmen, but when ten batters lose their wickets, the innings automatically comes to an end.

Generally, three to four bowlers are successful in taking wickets. However, in a limited-overs game between Nepal and Mozambique in 2014, a bowler named Mehabub Alam took all ten wickets of Mozambique.

36 runs is the maximum a batsman can score off six legal deliveries in cricket. An over in a cricket match from the bowling team comprises six deliveries only.

So, if a bowler bowls all six legal balls, the maximum number of runs a batsman can hit is 36. Very few batsmen have achieved this feat in cricket, and the youngest of them is England's Anthony McMahon, who achieved this feat at 13 years and 261 days old. He accomplished it in May 2003, and that record may remain forever.

Nowadays, cricketers who impress in the U-19 arena are getting a chance to play international cricket before turning 20. Some players make their international debut even before becoming an adult.

However, Osman Goker of Turkey made his international debut at 59 years and 181 days old. Almost every cricketer retires before this age. Hence, this record is unlikely to be ever broken.

As mentioned ahead, there are 11 players in a cricket team and each team has ten wickets in an innings. Because of this age-old rule, number 11 was the last position to bat in the lineup.

However, because of the introduction of concussion substitute, the number 12 position has come into existence. The wickets are ten, but if a batsman is concussed, a player not present in the original playing XI can play. West Indies' Shannon Gabriel was the first batsman to bat at number 12.

5. Most matches as Test captain

Former South African opener Graeme Smith holds the Guinness World Records in cricket for the most matches as Test captain. He captained in 109 Tests.

Many players don't even get to play 109 Test matches in their careers. But Smith managed to lead his nation in more than hundred Test matches, which is unlikely to be broken.

6. One of the Guinness World Records in cricket held by MS Dhoni - Most expensive bat

MS Dhoni's Bat is recorded as the most expensive bat in Guinness book of world records ($161,295)#DhoniBirthdayCDP | @msdhoni pic.twitter.com/2gXtQp8bgM


Former Indian cricket team captain MS Dhoni holds the record for the most expensive cricket bat in history. It was the bat he used in 2011 Cricket World Cup.

The bat with which Dhoni smashed the winning six against Sri Lanka was auctioned. It K Global Shares & Securities Ltd (India) bought the bat for a price of £100,000.