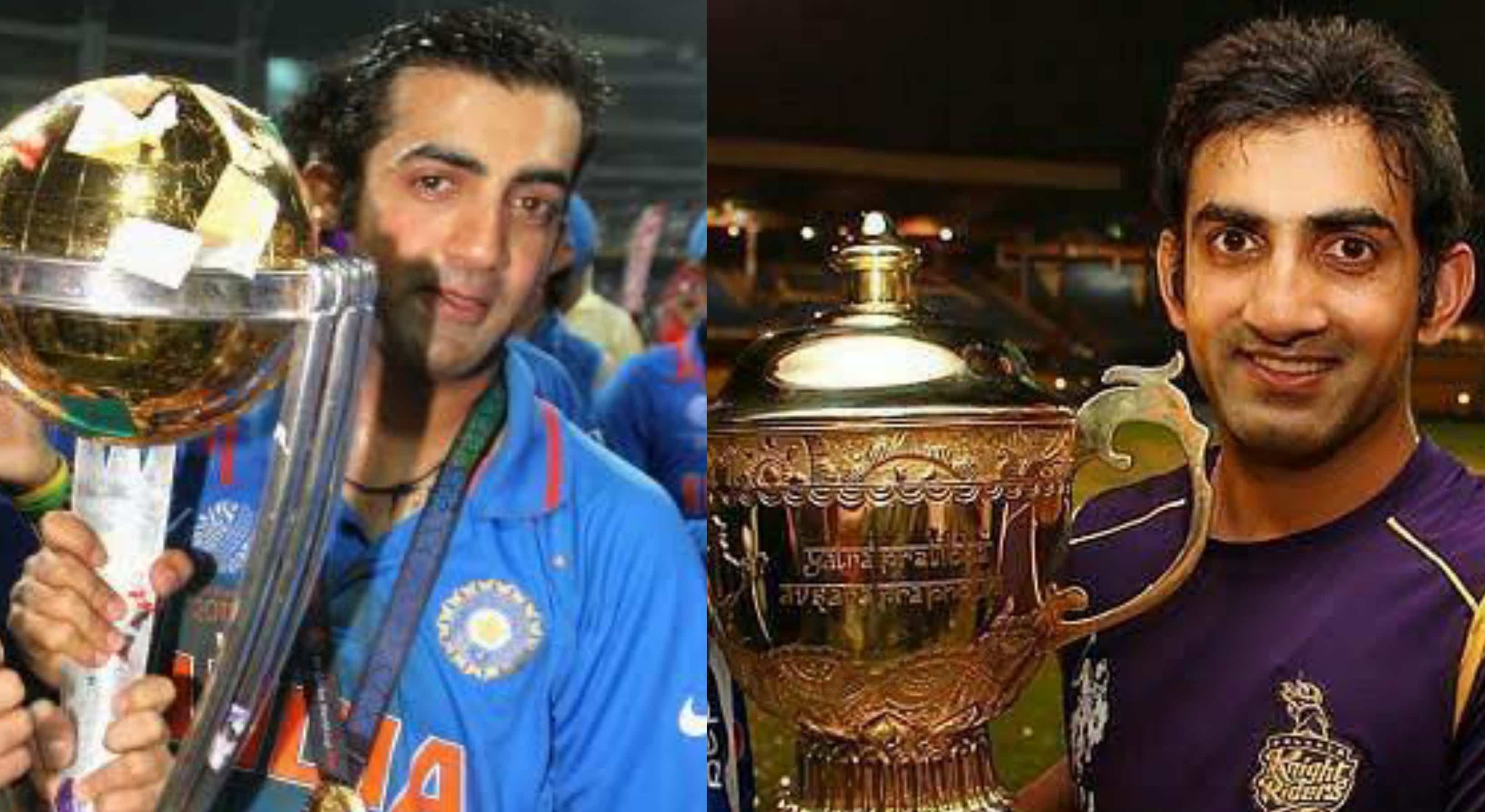 For any sportsman, winning a trophy or a medal is the ultimate aim. It is this honour that gives fulfilment to a player's career. For Indians as well, the scenario is not different.

To put into perspective for cricketers in India, the ICC 50-over World Cup, T20 World Cup, and the Indian Premier League are the most important tournaments. Yes, World Test Championship is there, but the red-ball competition is something that has been introduced in recent years.

In this article, we talk about five Indians who have the fifty-over event, the T20 World Cup and the Indian T20 League.

Of course, the first name on the list is MS Dhoni. Not only has he won all these trophies, but the legendary cricketer has also captained his team to victory in all the tournaments. To start with, it was the T20 World Cup that MSD won first. It was also the first tournament in which MSD operated as a captain. Next up, in 2010, the man with the golden hand led the men-in-yellow to an IPL Trophy win. He again won the tournament in 2011 and 2018. And finally, MS won the most coveted trophy of his career - the ICC World Cup. He was an influential part of the final win at the Wankhede Stadium.

Harbhajan Singh has been at the centre of India's top-most performances. While he has also done well in Test cricket, Bhajji also left a mark in limited-overs cricket. In both the 2007 T20 World Cup and the 2011 ICC World Cup, Bhajji was India's frontline spinner. Yes, he may not have run away with the stats but the man from Punjab was successful in collecting wickets frequently, and also breaking some important partnerships. Coming to IPL, Harbhajan won the tournament with the MI and CSK. He also won the Champions League T20 competition on one occasion.

Yuvraj Singh's role in both the ICC World Cup's is well-known. While he stunned with his batting show in the T20 event, it was his all-round contributions that helped India reach the finals in the 2011 competition. In IPL, though, Yuvi did not find success often. Nevertheless, the southpaw has an IPL medal to his name. It came in 2016 when the man from Punjab was playing for the Sunrisers Hyderabad. Yuvi had a decent campaign in 2016 when he scored a couple of good knocks.

Among the other Indians, it is Gautam Gambhir who often misses out on the right amount of appreciations for his contributions. He played crucial knocks in both the successful World Cups. The Delhi player had a massive impact on the finals of the events. In IPL, Gambhir was an excellent skipper and won the trophy twice with KKR.

Not many might have noticed that Piyush Chawla was actually part of both the World Cups that India won in recent years. Since he did not get any game time, his name keeps getting missed out. In IPL as well, Piyush has won a couple of trophies. It was with KKR, and Piyush was a prominent part of the campaigns. He even hit the winning runs in the finals of one season.

It was his first-ever competition for India, and Yusuf Pathan won a World Cup in it. In fact, his first game also happened in the finals of that event. Later on, Yusuf was also part of the 2011 World Cup squad that won the tournament. Talking about his IPL achievements, it's not less than any other star cricketer. Representing both the Rajasthan Royals and KKR, the Baroda all-rounder has won the Indian T20 League.