6 pairs of popular cricketers who made their debut together 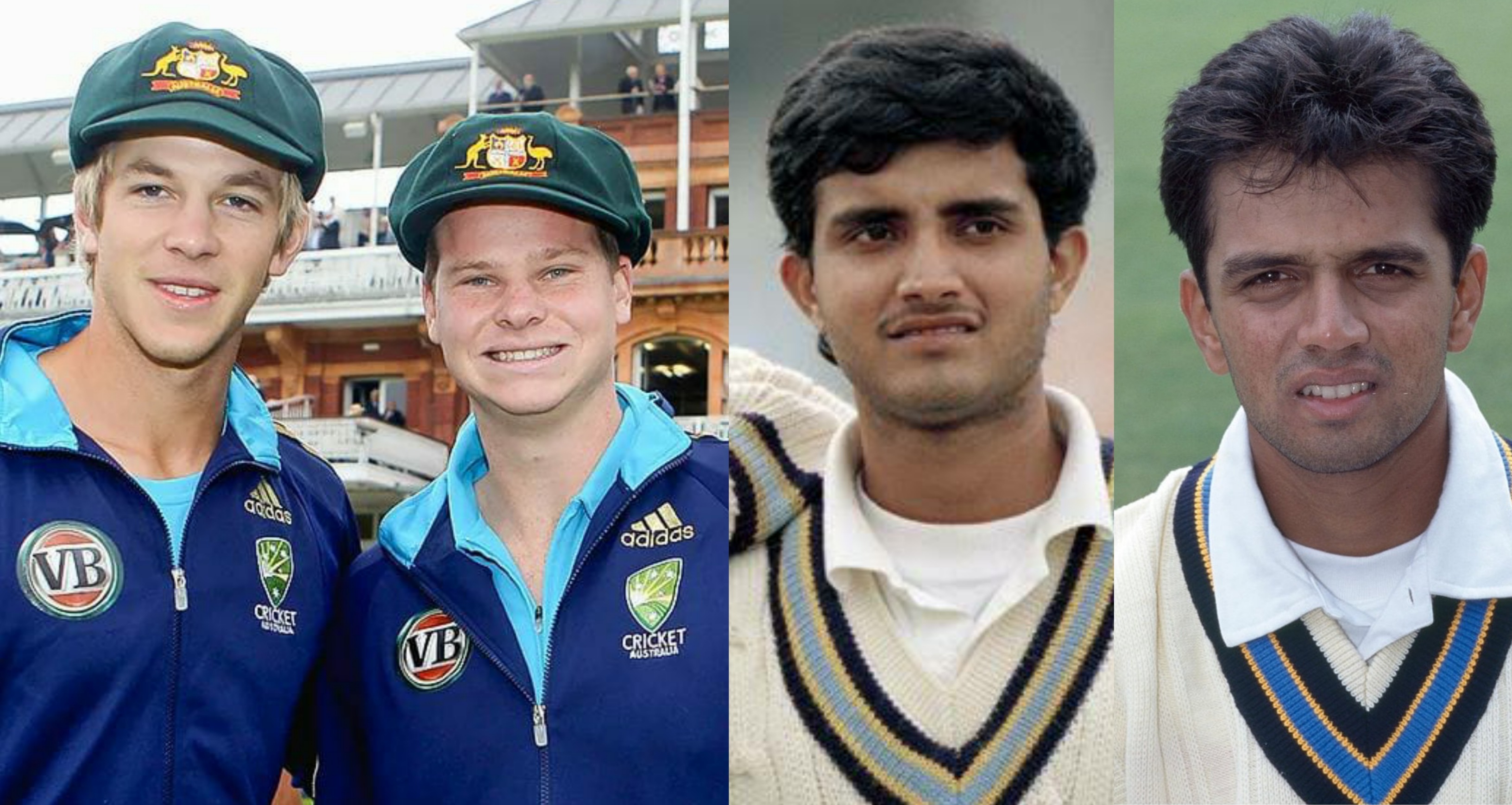 Cricketers have become very popular these days thanks to the exposure that the sport of cricket. The International Cricket Council (ICC) has worked hard to ensure that the sport reaches newer nations. Now, in the upcoming ICC T20 World Cup 2021, fans will get to witness teams from Oman and Papua New Guinea.

Cricketers become popular also because of their playing style. Every cricketer is excited to make his debut, and he is a bit nervous on that day. Often teams prefer to have experienced players in the XI, but on some occasions, teams picked multiple debutants in the playing XI. Here's a look at the six pairs of popular cricketers who made their debut together.

Tim Paine is currently the captain of the Australian Test team. Before Paine, Steve Smith was the team's skipper. Incidentally, both players made their Test debut in the same match.

Australia included Paine and Smith in the playing XI for a Test against Pakistan in 2010, played at Lord's. Smith was a specialist leg-spinner then, while Paine played as a wicket-keeper in the playing XI.

MS Dhoni is a name that changed Indian cricket forever. Under his captaincy, the Indian cricket achieved a lot of success. Dhoni's first success as captain was the ICC T20 World Cup 2007 triumph in South Africa.

Joginder Sharma bowled the last over in the final of that tournament against Pakistan. An interesting fact about Sharma and Dhoni is both players made their ODI debut against Bangladesh in 2004.

KL Rahul is one of the few players to have won the Man of the Match award on ODI debut. In fact, Rahul smashed his first ODI hundred on debut against Zimbabwe in 2016.

Rahul made his debut in that match along with Karun Nair. Both batsmen play for Karnataka in the domestic arena. Nair opened the innings with Rahul in that game, but he could score only seven runs.

4. Two of the most successful cricketers: Rahul Dravid and Sourav Ganguly

Rahul Dravid and Sourav Ganguly will go down as two of the best batters in cricket history. Dravid was popularly called 'The Wall' while Ganguly was called 'God of the off-side.'

Ganguly and Dravid received their maiden Test caps together at Lord's before a Test against England in 1996. Like KL Rahul, Ganguly scored a hundred on a debut.

AB de Villiers and Dale Steyn have played much cricket together. Apart from playing together for South Africa, the two popular cricketers also played for Royal Challengers Bangalore together.

Steyn and de Villiers also made their Test debut for South Africa together in the year 2004. Both players played their first Test against England at Port Elizabeth in December 2004.

Yuvraj Singh and Zaheer Khan were part of India's 2011 World Cup winning team. Both cricketers played a pivotal role in the success of Team India.

While Singh was the best all-rounder, Khan was the best bowler in the tournament. Both players had made their debut against Kenya in ICC Knockout Trophy 2000.