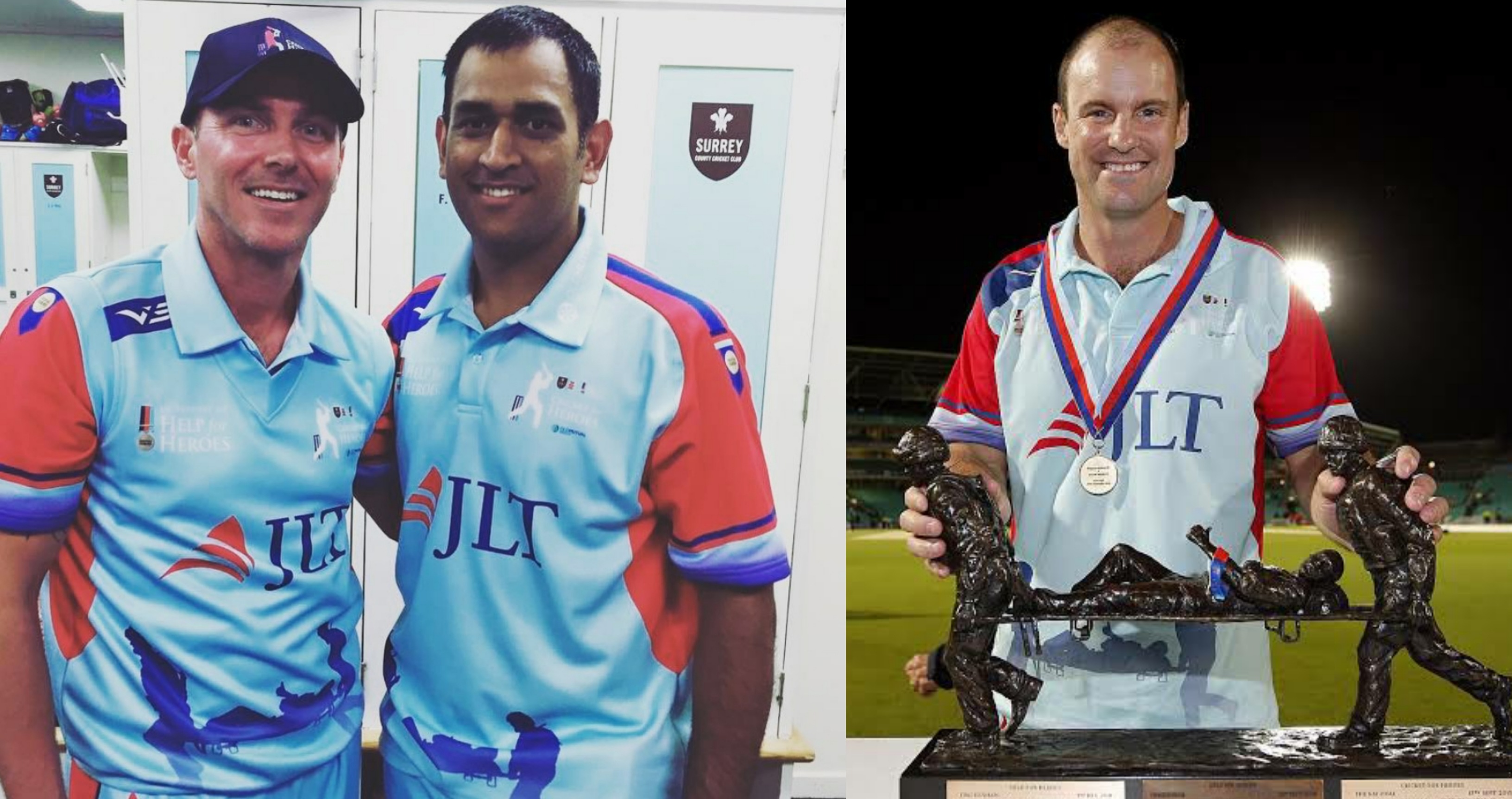 Not many know that MS Dhoni once played in a charity match, held in England. In the current calendar, it is almost impossible for players to provide time for charity or unrecognized games. Yet, in 2015, a few top players met for a cause. In this article, we take a look at six popular players who were MS Dhoni's teammates in the Help for Heroes XI.

Help for Heroes XI had MS Dhoni as the captain, and with a trademark quick fire knock of 38 from 22 balls, he helped his side win the game. MSD has played with some popular overseas cricketers in IPL. In this game, too, he shared the dressing room with a few established names.

Andrew Strauss is a legend when it came to England Cricket. While he had a terrific contribution as a captain, Strauss also enjoyed several good outings as a batsman. Strauss and Sehwag opened the batting for this XI and they did well by putting on a partnership of 64 runs. Strauss never played in IPL and hence, this was a rare occasion of him playing alongside Dhoni.

Dawid Malan is a T20 giant at the moment. Over the recent years, no other batsman has enjoyed more success than Malan in the T20 format. In IPL 2021 Auctions, he got picked up by Punjab Kings to play in the IPL. Although CSK fans would be interested in having him for the future, actually Malan has played with MSD before. In this charity encounter, Malan played at No.7 and also had a partnership with Captain Cool.

One of the best openers at his peak, Gibbs has been part of some iconic games for his country. He was in MS Dhoni's team in this Help for Heroes XI. Although he is suited to the opening position, the South African has also done well at No.3, the position at which he batted in this encounter.

One of the best spinners that England cricket has seen, Graeme Swann was one of MS Dhoni's teammates when he played for Help for Heroes XI. He was part of numerous wins for his country and at his time, he was the best off-spinner in operation. Swann retired early and then took up commentator as his profession.

Damien Martyn is an underrated cricketer who saw his name getting overshadowed by the likes of Adam Gilchrist, Ricky Ponting and Matthew Hayden. He played many good innings, including the final of the 2003 World Cup. He made 88 runs in that game. Even Martyn played alongside MSD in this XI.

Having picked up more than 200 wickets in both Tests and ODIs, Darren Gough was a fast-bowling legend for England. He was the leader of MS Dhoni's bowling attack for this XI. The Englishman collected two wickets in the game and set the tone for his team's good bowling show.