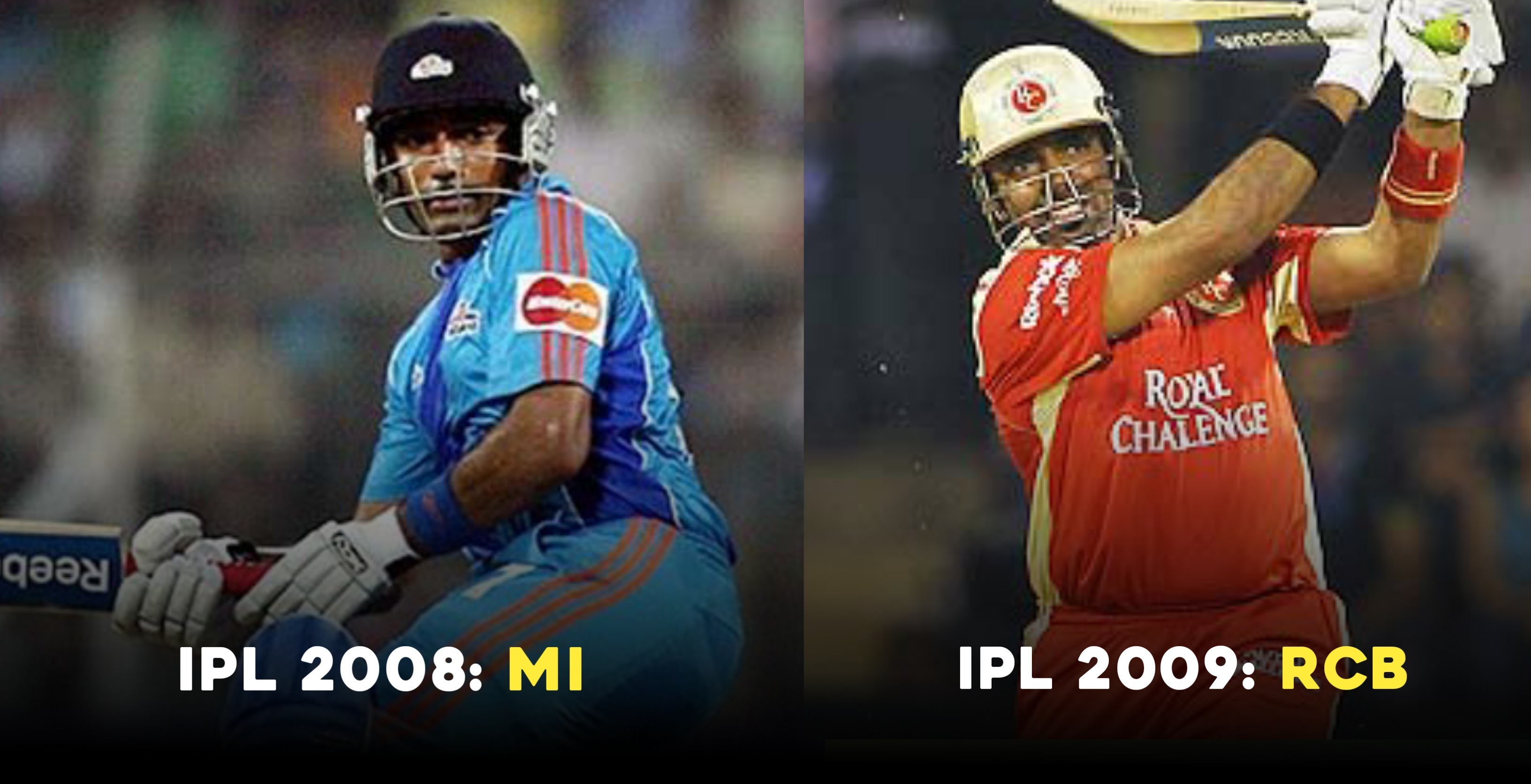 Trade deals can be extremely exciting in IPL. Although most teams do not enter the fray, when one or two trade deals do come off, it triggers plenty of debates and discussions. Also, when any team welcomes a player or releases a player in the off-season, reactions are bound to arrive.

After the inaugural edition of IPL in 2008, despite it being a new concept, we witnessed a few trade deals happen. That was the first time it had occurred, and therefore, it is worth talking about it even now. In this article, we take you through the seven trade deals that occurred before IPL 2009.

Zaheer Khan was one of the premier signings for RCB in the first season. However, in terms of performances, Zak did not have a great impact. While this was one reason, RCB also wanted the services of Robin Uthappa from Mumbai Indians. Hence, this trade deal happened with Zaheer Khan moving to his home-franchise Mumbai Indians.

RCB were criticized for putting up a 'Test' team for the first edition. Hence, after IPL 2008 was over, the management thought about infusing some young blood. Robin Uthappa was in good form then, and moreover, he was a home-boy. Therefore, RCB traded him from Mumbai Indians. Zaheer Khan went the other way as part of the deal. Manish Pandey is also one more player who came from MI to RCB at that time.

Ashish Nehra was part of Mumbai Indians for IPL 2008. However, after the arrival of Zaheer Khan from RCB, Nehra's services were not extremely necessary for the franchise. Hence, Mumbai Indians traded him to Delhi Daredevils. Yet again, it was a homecoming for another cricketer. DD was struggling in need of experienced pacers, and Nehra's inclusion made them a strong team ahead of IPL 2009.

With Ashish Nehra going from MI to DD, another deal was on the cards to complete the transaction. It was in this way that Shikhar Dhawan made his way to the MI camp. For the left-hand opener, opportunities were hard to come by at DD. With Gautam Gambhir and Virender Sehwag firm as the team's openers, Dhawan had very few chances to impress. Mumbai also needed a player to replace the outgoing Robin Uthappa. Shikhar Dhawan hence made the move to MI.

Gaurav Dhiman was a promising cricketer in the Karnataka cricket circles. He was known for his ability to be extremely aggressive while opening the batting. To serve RCB's purpose, he was a perfect addition. However, it did not come off. Gaurav's chances were limited and the likes of Manish Pandey put some good performances. Gaurav also found it hard to go far in his career.

With Zaheer Khan gone, RCB needed a pacer to replace him. At that time, Pankaj Singh was in good form. He was predicted to be the next big thing in Indian cricket. Hence, RCB traded him from Rajasthan Royals. Pankaj did deliver a few times, but he could not sustain. The Rajasthan cricketer played a few games for India but owing to bad form, he could not keep hold of his spot in the squad.

Niranjan Shah's son Jaydev Shah moved from Rajasthan Royals to Mumbai Indians after IPL 2008. There were talks of favouritism at that time, but Jaydev Shah did not get sufficient chances to prove it wrong.