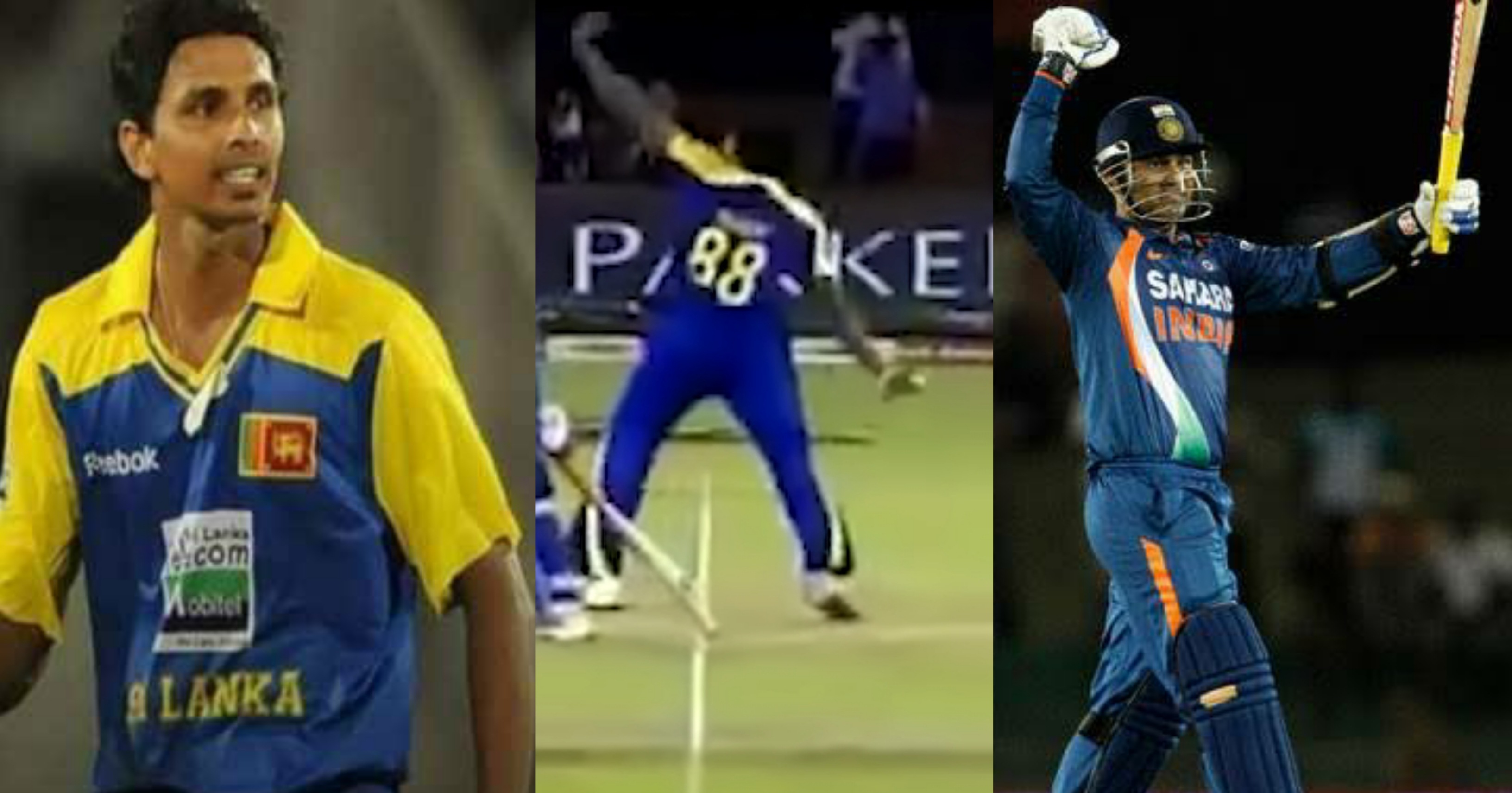 India vs Sri Lanka is a cricket rivalry that has many fans. These two teams have achieved a lot of success in the international arena. Initially, Sri Lanka did not have a strong side, but the nation's cricketers worked hard and transformed the team from minnows to world champions.

Suraj Randiv is driving buses in Australia now. But there was a time when he played for Sri Lanka. The off-spinner was a part of Sri Lankan squad during the 2010-11 Triangular Series.

In a match at Rangiri Dambulla International Stadium, Sri Lanka scored only 170 runs against India. Virender Sehwag's 99* guided India home, but Sehwag could have completed his century had Randiv not overstepped deliberately. When Sehwag was on 99, India needed one run. Sehwag hit a six, but since it was a no-ball, India won before the shot was hit and Sehwag remained on 99*.

As mentioned ahead, India faced Sri Lanka in the final of the 2011 World Cup Final. Both countries co-hosted the tourney along with Bangladesh.

Eventually, India defeated Sri Lanka by six wickets in an epic final at Wankhede Stadium. Although his team lost the final, Sri Lanka skipper Kumar Sangakkara maintained the sportsman spirit and wore a smile on his face.

Chasing 274, India got off to a good start, thanks to Virender Sehwag's 36-ball 60. However, Ajantha Mendis destroyed India with figures of 6/13. Sri Lanka beat India by 100 runs.

MS Dhoni recorded his ODI career's best score against Sri Lanka. In an ODI in Jaipur in the year 2005, Sri Lanka set a 299-run target for the hosts.

Virat Kohli led India in the 2015-16 Sri Lanka Test series. India bowled out Sri Lanka for just 183 runs in the first innings of the first Test. In reply, the visitors managed 375 runs.

It seemed like India would win easily. However, Dinesh Chandimal's 162-run knock in the second innings and Rangana Herath's 7/48 made sure that Sri Lanka scripted a dream comeback and won by 63 runs.

6. MS Dhoni finishes off in style

Many fans remember MS Dhoni's knock India vs Sri Lanka World Cup Final. But he had played one more knock against the islanders in a tri-series final of 2013.

Just after Champions Trophy 2013, India played a tri-series with Sri Lanka and West Indies. India and Sri Lanka reached the final, and India needed 15 off six deliveries to win. Only one wicket was in hand, and then Dhoni smashed one four and two sixes off Eranga's bowling to help India win the title.

Virat Kohli played a superb knock against Sri Lanka in tri-series of 2012. It also involved Australia, and the match between India and Sri Lanka happened in Hobart.

It was a do-or-die situation for India, and they had to chase 321 runs in 40 overs. Virat Kohli smashed 133 runs from 86 balls and helped India win in just 36.4 overs. Unfortunately, India could not qualify for the final because they had lesser points.