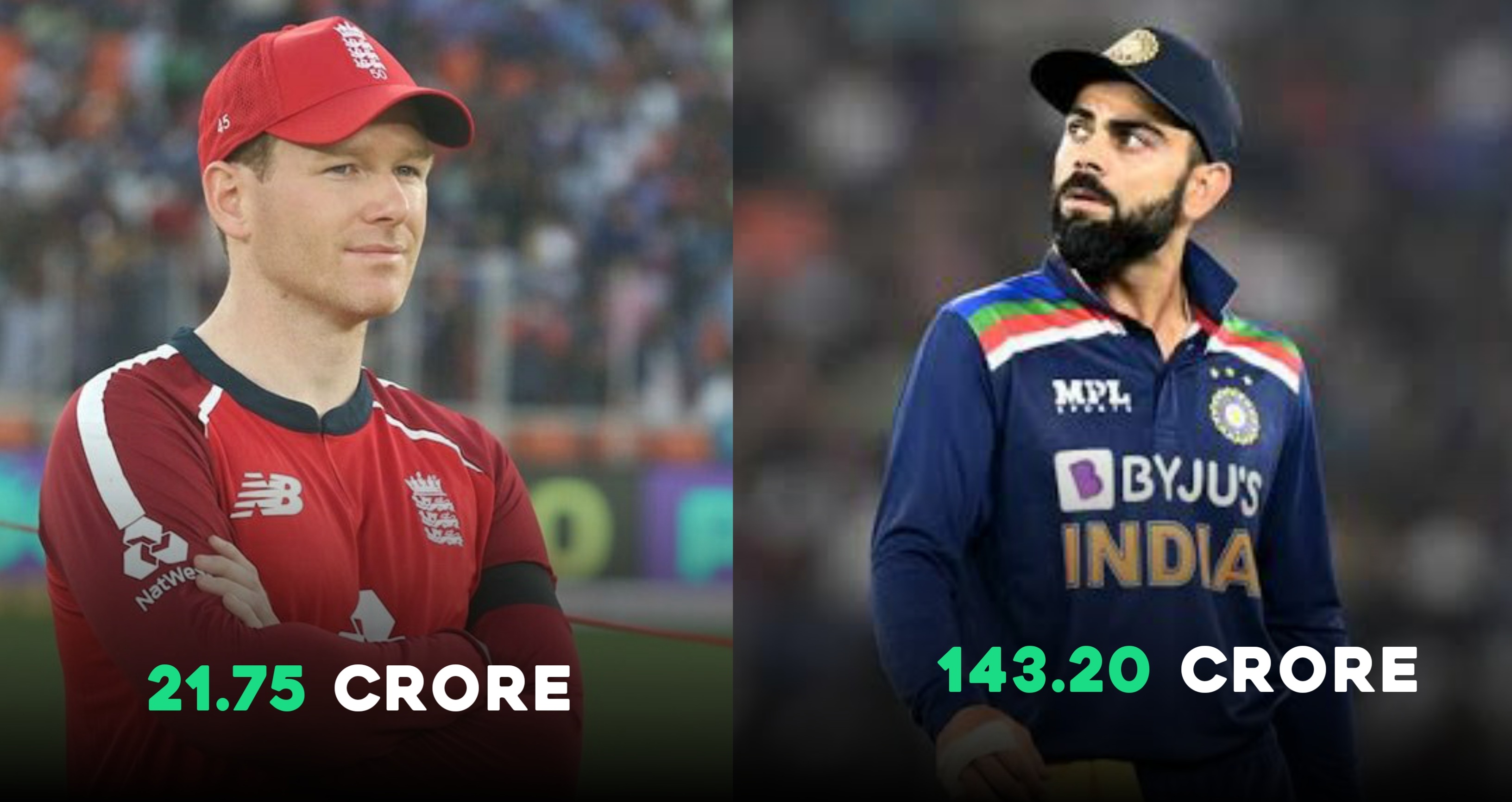 IPL is by far the most popular T20 cricket league in the world right now. The Indian Premier League has allowed all players to make a lot of money if they have what it takes to perform well at the big stage. In the 13-year history of the league, many players have earned over 100 crore INR salary.

Quite a few nations do not plan their international matches when IPL is happening. Even a few cricketers have prioritized the league over international cricket. Money and competition level in the league have been two of the most important factors behind it. In this listicle today, we will look at the current international T20 team captains and their all-time IPL earnings.

Virat Kohli is the captain of the Indian cricket team in all formats. The right-handed batter has always been a part of the Royal Challengers Bangalore in the IPL.

Initially, Kohli's IPL contract was worth just 12 lakh INR. However, in 2021, he is the highest-paid player in the league, with his salary being 17 crore INR per season.

Australian T20I skipper Aaron Finch has been a part of almost every franchise in the IPL. The right-handed batter surprisingly did not get a contract in the 2021 season.

Finch played his first season in 2010 for the Rajasthan Royals. In 2020, he represented the Royal Challengers Bangalore. In all, he earned 23.09 crore. His highest salary was 6.2 crore in IPL 2018, when he played for Punjab.

English T20I captain Eoin Morgan has been a part of three franchises in his IPL career. The Royal Challengers Bangalore had signed him for 1 crore in the 2010 season.

Currently, Morgan is the captain of the Kolkata Knight Riders team in the IPL. The left-handed batter's current salary is 5.25 crore, while his all-time earnings are close to 22 crore.

Kane Williamson leads New Zealand in the shortest format of the game. The right-handed batsman has only played for the Sunrisers Hyderabad team in his IPL career.

Williamson joined the franchise in 2015, with his salary being 60 lakh. Right now, he is the captain of the team, and his current salary is 3 crore.

West Indies captain Kieron Pollard has played for one franchise only, just like Kane Williamson and Virat Kohli. Pollard has been a part of the Mumbai Indians squad since 2010.

The hard-hitting all-rounder's highest salary was from 2015 to 2017, when MI paid him 9.5 crore per year. Right now, his IPL salary is 5.4 crore. With IPL 2022 Mega Auction set to happen next year, Pollard will likely receive an increase in his salary. Many teams will be interested in his services in case the Mumbai Indians let go of him.