Salary of all Pakistan players who played in IPL 2008 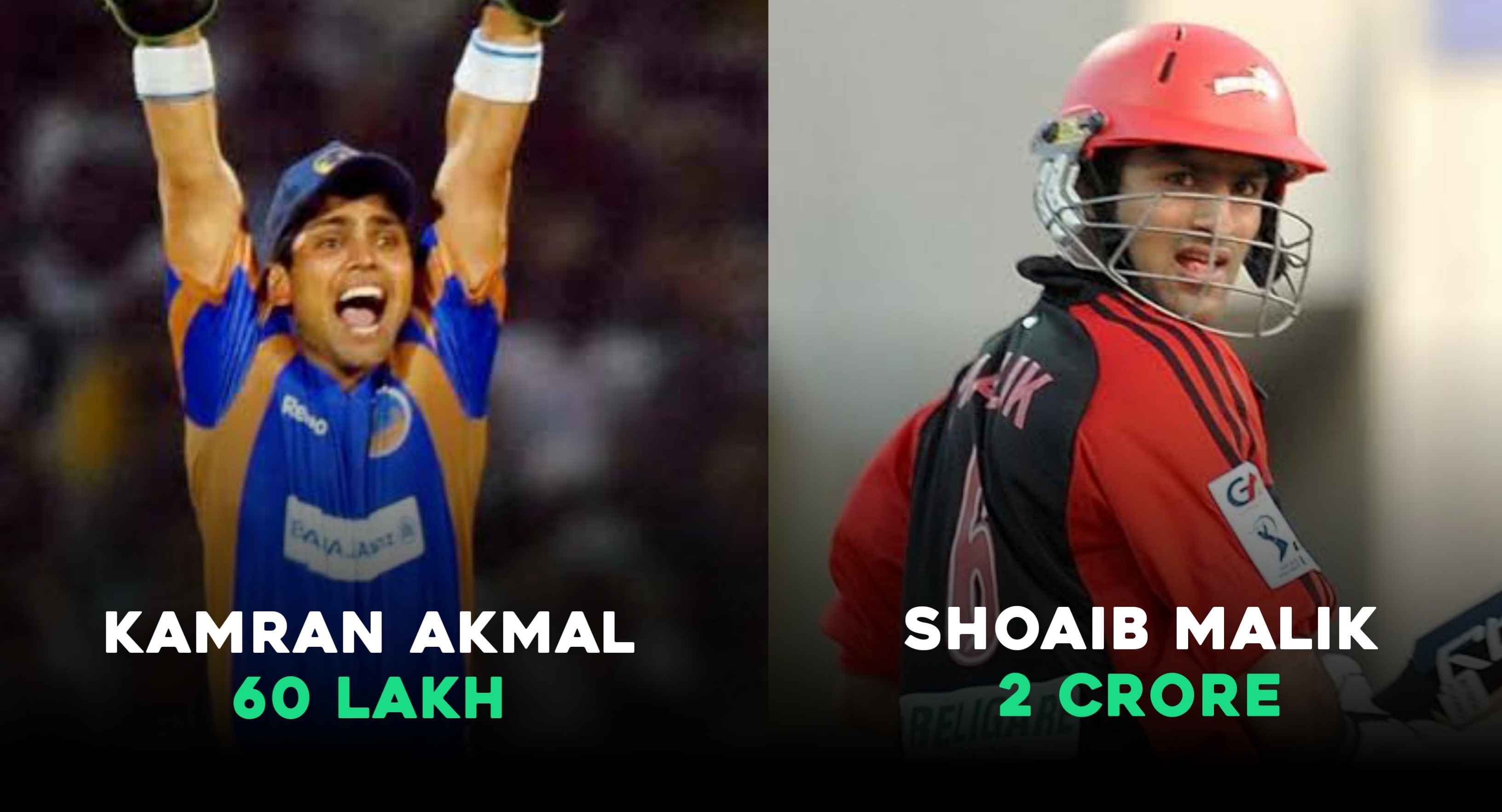 IPL 2008 was the first edition of the world's most glamorous and competitive T20 league - The Indian Premier League. Stars from all over the world came to India that year. The Indian and foreign players played together for the eight city-based franchises and fought for the coveted championship.

Initially, the BCCI allowed the Pakistani players to participate in the IPL. 11 players from Pakistan came to India and played in the league. The salary cap of 2008 IPL was not so high as the 2021 IPL. Not many fans followed the IPL Auction in 2008. So, in this article today, we will look at the salaries of all Pakistani cricketers who were playing in the first season.

In those seven games, Butt scored 193 runs for the Kolkata-based franchise. Kolkata had signed him for INR 40.16 lakh in that season.

Shahid Afridi is one of the biggest names in Pakistan cricket. The all-rounder hits the ball hard and also bowls right-arm leg-spin for the team.

Shoaib Akhtar was famous for his pace bowling. He earned the nickname of The Rawalpindi Express, thanks to his fantastic fast bowling.

In IPL 2008, Akhtar gained a contract from the Kolkata Knight Riders. The Kolkata-based franchise had signed him at a price of 1.70 crore.

Mohammad Hafeez was also a part of the Kolkata Knight Riders. Hafeez bats in the top order and gives a few overs of off-spin to the team.

Hafeez had the same contract as Salman Butt in the inaugural season. The Kolkata Knight Riders had secured his services for INR 40.16 lakh.

Another Pakistani player who turned up for the Kolkata Knight Riders in IPL 2008 was Umar Gul. The right-arm pacer was a wicket-taking bowler.

Gul was an important member of the Kolkata Knight Riders' pace attack. He had got a contract worth INR 60.24 lakh in the only IPL season he played.

Former Pakistani captain Misbah-ul-Haq played for the Royal Challengers Bangalore in the first season. He did not play all matches for the team.

Misbah, who is the Pakistani head coach now, was a decent T20 player. In the year 2008, Royal Challengers splurged 50.2 lakh for his services.

Kamran Akmal is one of the few Pakistani players to have won the IPL. The Pakistani wicket-keeper batsman was a member of the Rajasthan Royals team.

Akmal was one of the few keepers from Pakistan to play in the 2008 edition of the league. The Jaipur-based franchise signed him for 60 lakh in the auction.

Younis Khan was one of the top Pakistani batters around the year 2008. The Rajasthan Royals had signed him for 90.36 lakh INR in the first season.

Khan won the IPL championship with the Royals in that season. Surprisingly, RR used him in only one match, where he scored three runs.

Mohammad Asif was a wicket-taking right-arm pace bowler. The Delhi Daredevils showed much interest in the services of Mohammad Asif.

The Daredevils roped him for a whopping 2.61 crore INR at the first-ever auction. Asif played eight matches and scalped eight wickets for the team.

Another Pakistani player who got a contract worth more than 1 crore was Shoaib Malik. Interestingly, Delhi Daredevils signed Malik at the auction.

Malik has emerged as one of the top T20 players. Like Mohammad Hafeez, he can bat in the top order and also bowl a few overs of right-arm off-spin for the team.

The first bowler in IPL history to win the Purple Cap, Sohail Tanvir played for Rajasthan Royals in 2008. He got a deal worth 40.16 lakh INR.

Tanvir played an important role in the success of the Shane Warne-led outfit in the first season. He held the record of the best figures (6/14) for quite some time.