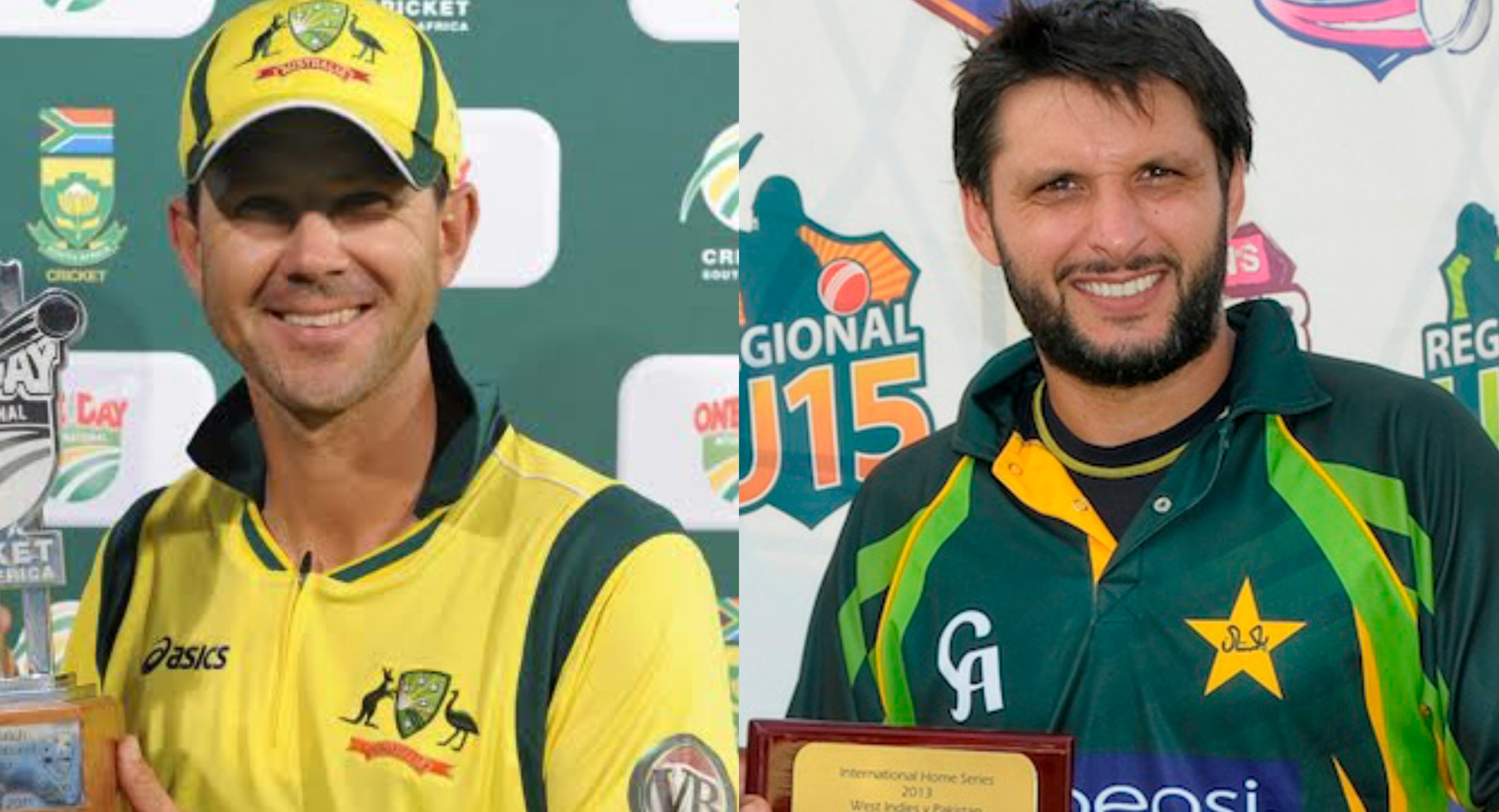 T20 is a format that has revolutionized the game of cricket. It was formed in this era in line with the tastes of this generation. In this article, we take a look at the first 'Man Of The Match' award winner for each nation in T20 internationals.

Dinesh Karthik helped India chase down a target of 127 by scoring 31 runs off 28 balls in the team's first-ever T20I encounter. DK is still active in T20 cricket.

It was back in 2005 that Australia played its first T20I game. The match was against New Zealand in Auckland. The Aussies were victorious and it was their captain Ricky Ponting who was in top form. Batting at No.4, the right-hander scored 98 runs from 55 deliveries and helped his side set a winning total of 214. He was the M.O.M in that game.

Shahid Afridi first bowled an economical spell and then scored 28 runs from just 10 runs to help Pakistan win the game against England and become his country's first 'Man of the Match' in T20Is.

South Africa did not find success in their first two T20I's. However, in the third game, they scraped a win by two runs. For scoring 89 runs from 58 deliveries, Smith was the Player of the Match.

In England's first-ever T20I encounter, Kevin Pietersen scored 34 runs from 18 deliveries and helped his team win the game. He was the M.O.M in that game held at Southampton.

Jeetan Patel's spell of four overs for twenty runs while picking three wickets helped NZ win its first T20I game. Hence, the player was given the Player of the Match award for his performance.

It was for his bowling performance that Dwayne Smith won the award for West Indies. He bowled 3.2 overs, collected two wickets and gave away just nine runs. This spell had helped West Indies tie the game before they lost in the bowl-out.

It isn't a surprise that Sanath Jayasuriya was Sri Lanka's first-ever T20I M.O.M. In that game as well, the southpaw was at his attacking best with 41 runs from 30 balls.

Bangladesh played their first T20I game against Zimbabwe in 2006. They won that encounter. For scoring 36 runs off 26 balls and then picking 1 wicket, Mahsrafe Mortaza was the first 'Man of the Match' for Bangladesh in T20Is.

It was Afghanistan's third T20I and the match was against Ireland. After scoring 43 runs off 25 balls while setting the target, Nabi came back to pick two wickets in the second innings. He was the best performer on the field that day.

It was a World Cup qualifier and Andre Botha helped Ireland win the game with a well-made knock of 38 runs from 34 balls. He was adjudged as the Player of the Match.

It is not a surprise that Ryan ten Doeschate holds this distinction for the Netherlands. In that game, he first made 56 runs and then came back to take three wickets to help his country win the encounter.

Zimbabwe's first T20I game was against the mighty Australians. Brendan Taylor was amazing in that match with 60 runs from 45 deliveries.