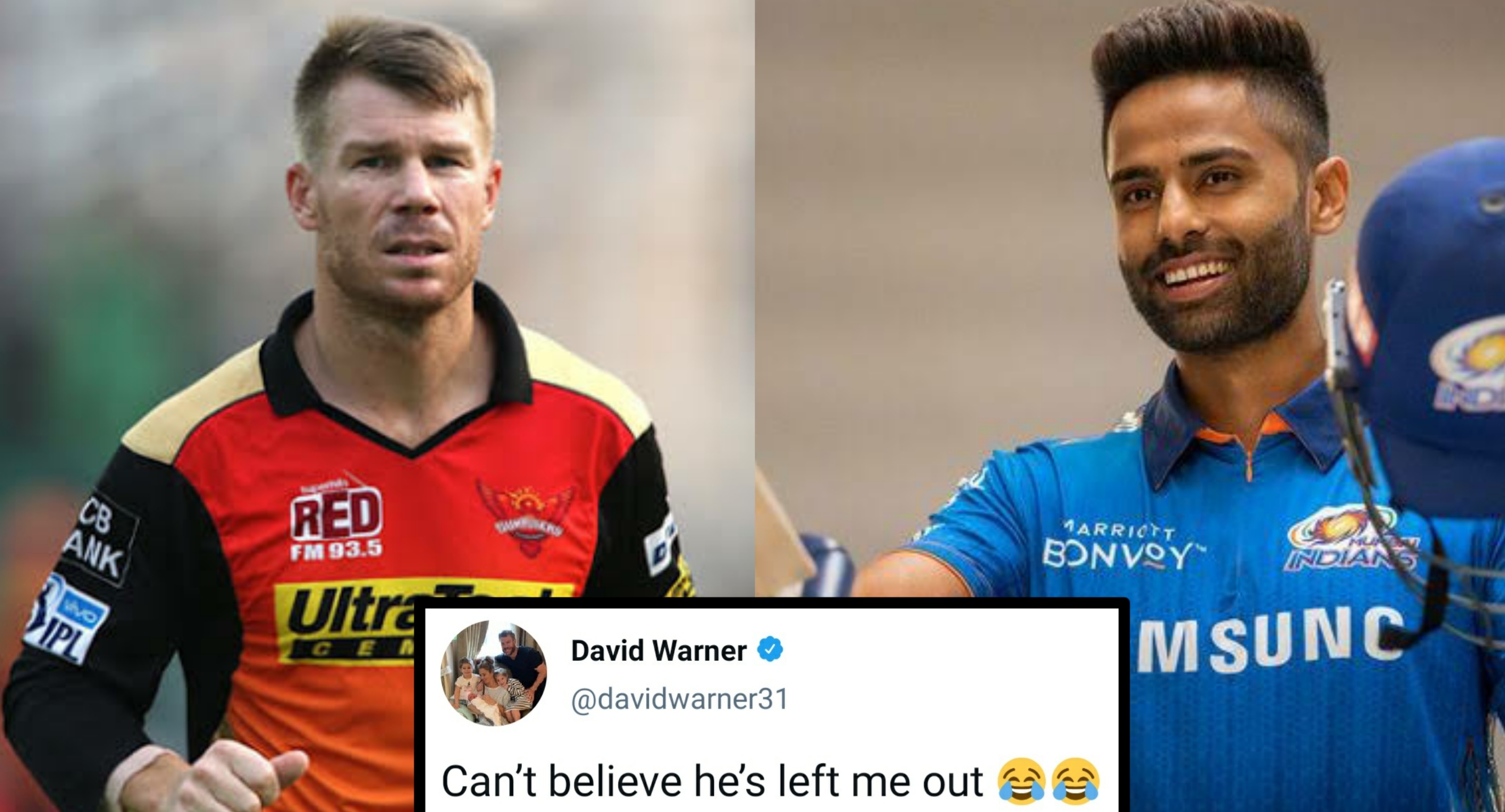 With the 2nd phase of the Indian Premier League (IPL) 2021 is set to start from September, the crazy is already among the fans as they are all ready to witness their favorite team back in action after a few months.

However, midway through the Indian Premier League 2021 season, there were several positive reports of COVID-19 among all the franchises, and it forced the Board of Control for Cricket in India to postpone the tournament.

And after a long procedure and a couple of meetings between the Board of Control for Cricket in India, the IPL governing council and all the stakeholders and franchises, it was decided that the IPL 2021 will resume from September with Final in October.

With IPL now just a couple of weeks away, the Mumbai Indians batsman Suryakumar Yadav picked his all-time IPL eleven during an interaction with Cricbuzz. However, Australia batsman and Sunrisers Hyderabad player David Warner didn't seem happy with his eleven.

Suryakumar Yadav's all-time includes Jos Buttler as the wicketkeeper, Rohit Sharma, Virat Kohli, Suryakumar Yadav, AB de Villiers, Hardik Pandya, Andre Russell, Ravi Jadeja, Rashid Khan, Jasprit Bumrah, Mohammed Shami. Suryakumar added himself in the eleven because the rule was that he must include himself while only 4 Mumbai Indians players are allowed.

Talking about David Warner, it's justified that he is unhappy not to see his name in the list, considering he is one of the top run-scorers in the Indian Premier League history with 5447 runs. He led Sunrisers Hyderabad to their one and only IPL trophy in 2016 when they defeated Royal Challengers Bangalore in the final.