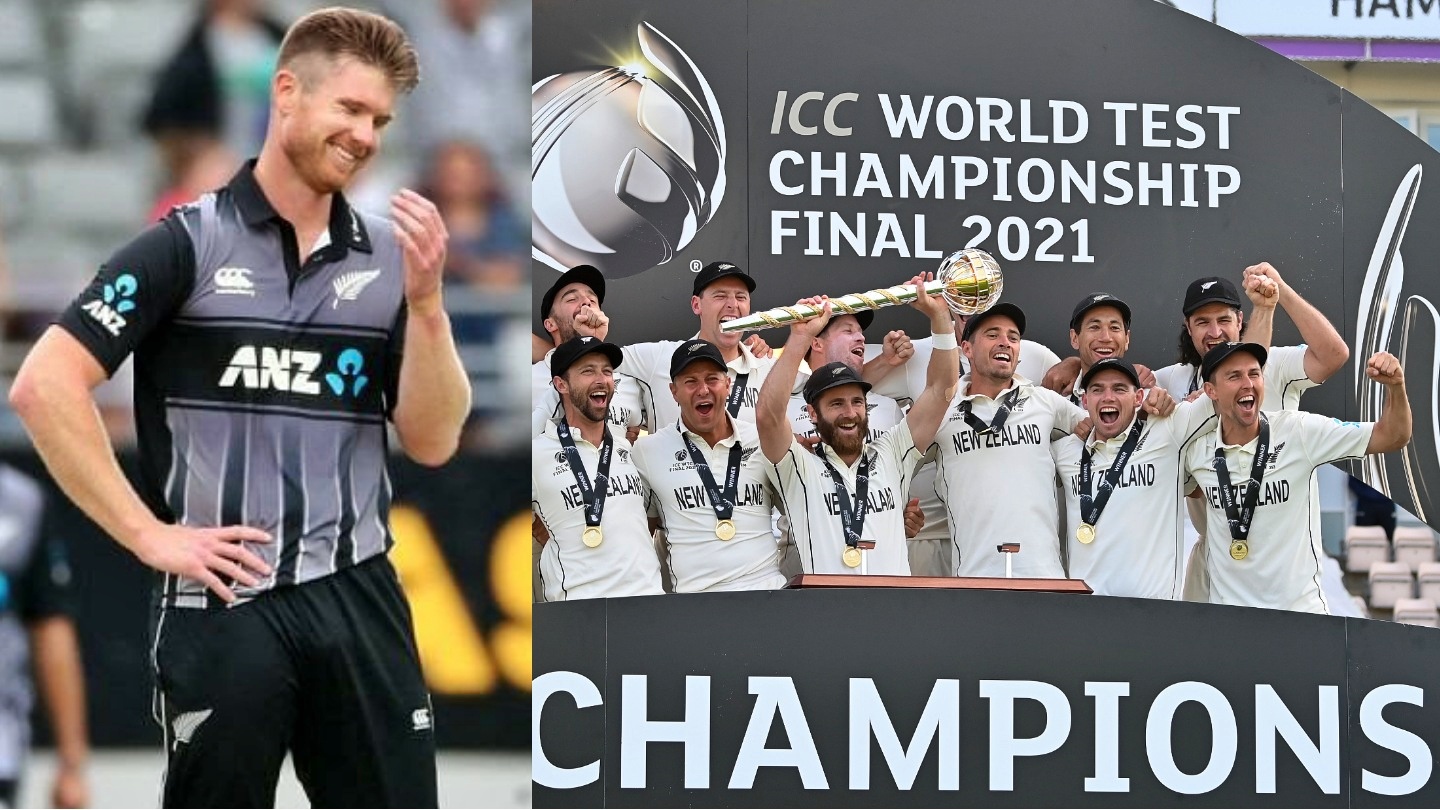 Jimmy Neesham, the New Zealand cricket team all-rounder, has become a very comical character due to his social media posts and comment. As because of that, the Kiwi all-rounder has gained several fans, especially some Indian fans.

The Indian fans, especially Mumbai Indians and Jasprit Bumrah's fans, will remember him a lot. The Kiwi had earlier played fun with his Mumbai Indians teammate Jasprit Bumrah when he commented, "Thought you were talking about @trrrent_ for a minute" in Bumrah's birthday wishes' post to his wife.

He sarcastically posted that he is confused over how the players will drink from the mace, "I only really have one problem with the World Test Championship, and that's how the hell are you meant to drink out of a mace???"

I only really have one problem with the World Test Championship and that’s how the hell are you meant to drink out of a mace???

The World Test Championship Final was played at Ageas Bowl in Southampton from 18th June to 23rd June. Due to rain interruption during the match, the sixth, which the reserve day, was also played.

And at the end of a total of 6 days of entertaining cricket action, the New Zealand cricket team won the inaugural World Test Championship final by beating India by eight wickets. Kyle Jamieson was the hero in the match.

Until the beginning of the sixth day's play, it was very much likely to end in a draw, but New Zealand came back strong into the match and dismissed India for a total of 170 runs in the 2nd inning, which set up 139 runs target for the Kiwis.

And at the end, it was a comfortable chase for the Blackcaps, all thanks to a brilliant 52 runs from captain Kane Williamson and 47 from Ross Taylor.