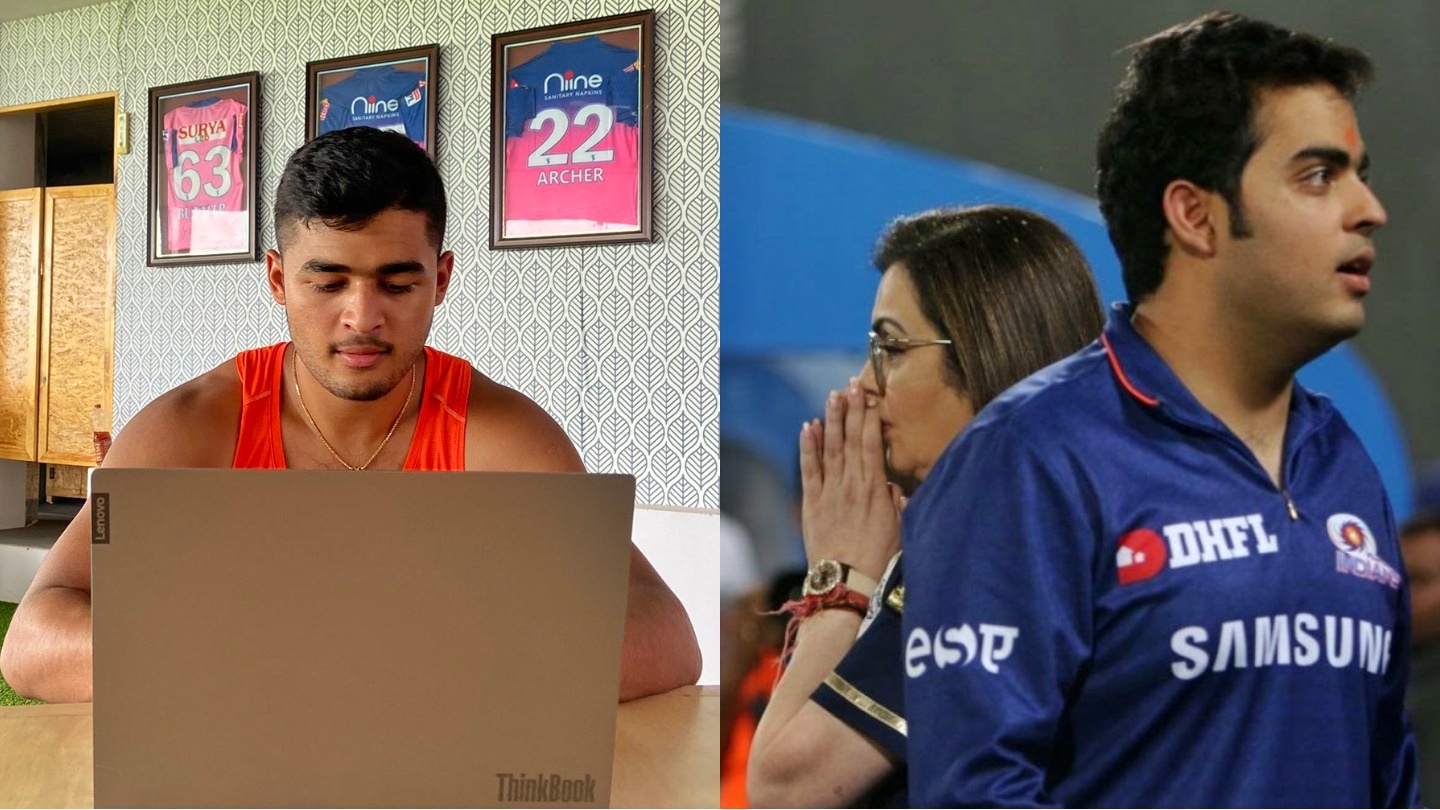 The Indian cricket team is currently busy with one team away in England and one other in Sri Lanka for their upcoming series against England and Sri Lanka.

However, the players who are not playing for either of the teams are enjoying the off-season after a pre-mature end to the Indian Premier League 2021, and no domestic cricket is scheduled yet.

And one of them is Riyan Parag, who today got into his Indian Premier League franchise Rajasthan Royals' Twitter account for an interactive session where he answered many fans' queries.

Riyan Parag was asked questions about Football, WWE, and Cricket. The session began with an exciting question, asking Riyan if he gets a chance at Mumbai Indians what would be a decision. He said nothing but posted a picture of a card swipe machine with 'declined' written on it.

When the Rajasthan Royals youngster was asked about his favorite WWE wrestler, he tagged Rey Mysterio in reply to the question. At the same time, he tagged Portuguese forward Cristiano Ronaldo in the question asking him his favorite Football player.

When asked to select one from Real Madrid or FC Barcelona, Parag didn't go with any of that club. Instead, he chose Italian giant and Ronaldo's current team Juventus.
About Riyan Parag

Riyan Parag is Guwahati born 19-year-old right-handed batsman. Riyan Parag plays for the Assam state team in the Indian domestic circuit and represents Rajasthan Royals in the Indian Premier League. Parag has become a famous name to Indian fans due to his Bihu dance as a celebration.

Riyan Parag has played 26 matches in the Indian Premier League, all for Rajasthan Royals ever since joining them in 2019. He has scored 659 runs in 13 first-class games for Assam.
Indian Premier League 2021 was suspended due to the rising COVID-19 cases, with 31 matches still left to be played. The BCCI has confirmed that the remaining matches will now be played in United Arab Emirates (UAE) in September.