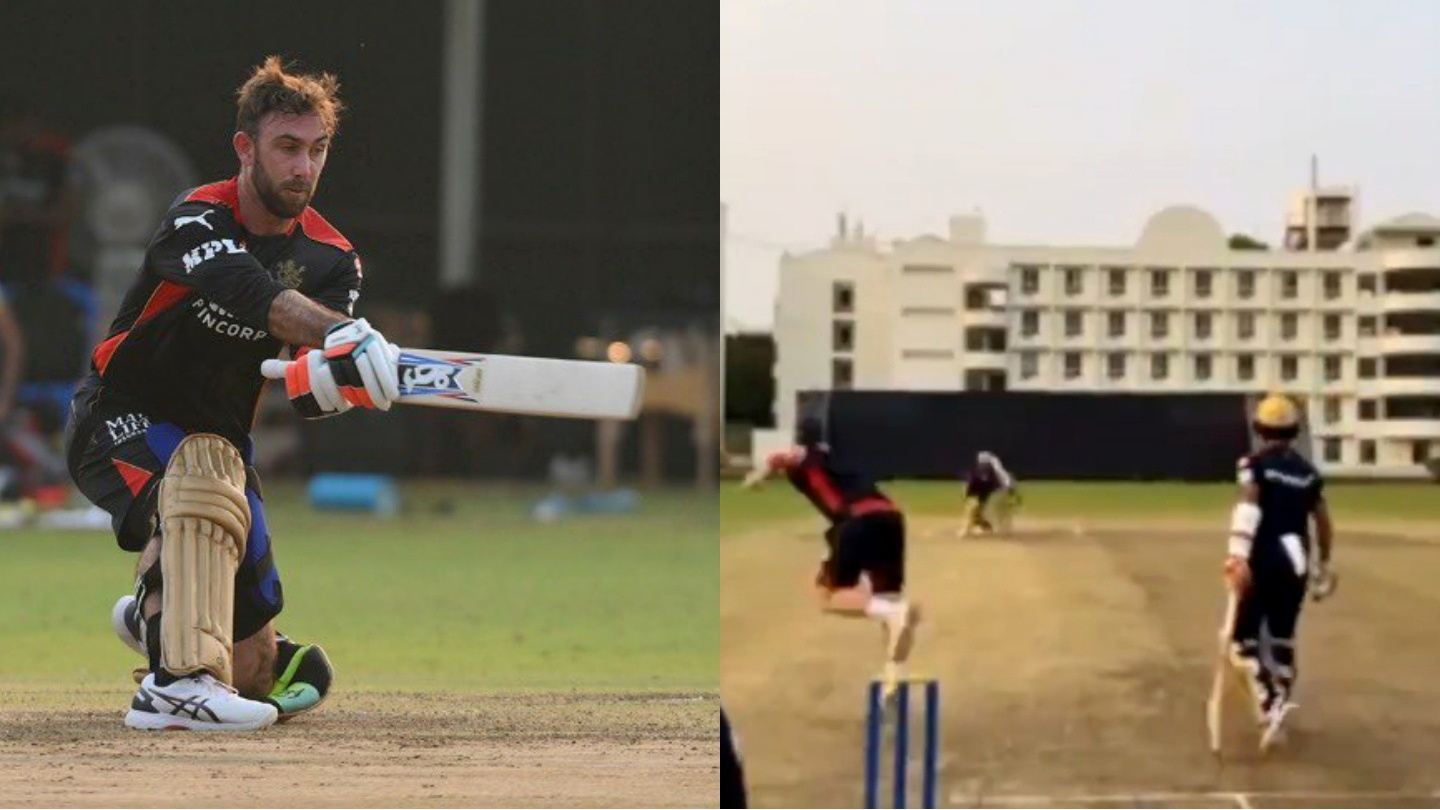 Virat Kohli's bold army will be blazing out all guns in this year's IPL after having good signings in the auction. Though RCB managed to qualify for the playoffs last season, their eventual performance in the tournament's main phase proved to be costly. They will be focusing on wiping out their mistakes from last season as some of the gigantic names like Glenn Maxwell, Daniel Christian, Kyle Jamieson, etc., might prove to be match-winners in this year's IPL.

The Australian batsman Glenn Maxwell has been the talk of the town so far in the RCB's signings as they had bought him for a whopping amount of 14.25 crore. The side has showcased colossal faith in him even after having an average IPL season last year under KL Rahul's captaincy.

This signing so far has been reaping fruits for the Bold Army as Glenn Maxwell looks to be in good touch in the nets. Finishing his quarantine period, the batsman came out on the ground during his first practice session for RCB and destroyed the bowlers. He unleashed a series of his trademark reverse sweep shots which might have given a considerable boost in confidence for the RCB's management team.

The most mind-blowing shot from his first session was the one where he smashed the pacer Daniel Christian for a reverse sweep after clearing his front foot out. You can have a look here:

Glenn Maxwell’s Day Out @Gmaxi_32 came. Maxwell reverse swept. And Maxwell had fun. Watch The Big Show and Kyle Jamieson at their first practice session for #RCB ahead of #IPL2021.#PlayBold #WeAreChallengers pic.twitter.com/naMXQcAROQ

Virat Kohli and co, look to be in a better space since many of the players have arrived in India for the 2021 edition of the IPL. The side is set to play its first match of IPL 2021 against the Mumbai Indians on 9th April 2021. This year, the fans will be hoping to see Virat Kohli lift his first IPL trophy and end RCB's 13-year title drought finally.