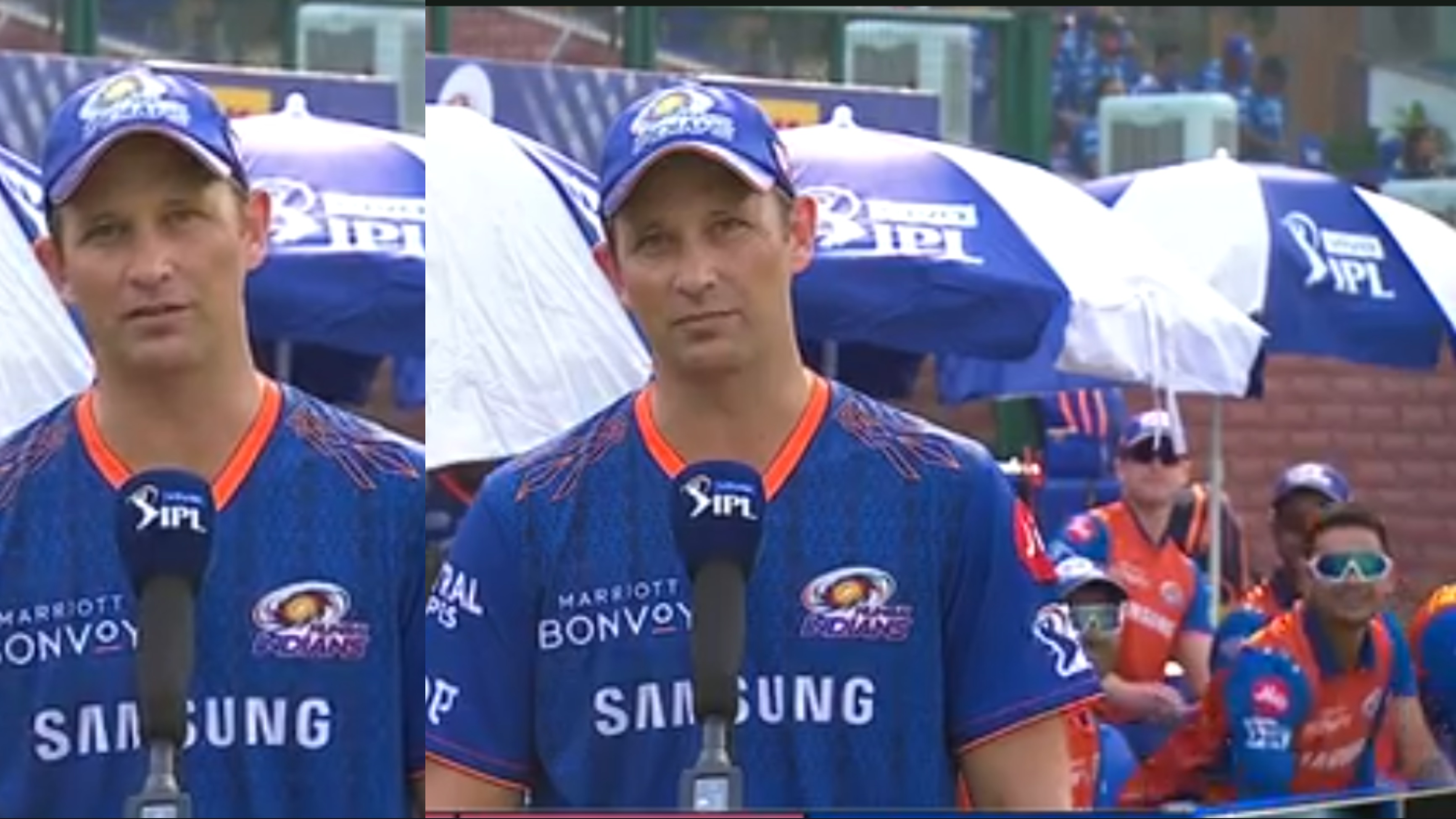 Last year Rishabh Pant made the headlines after making fun of Ricky Ponting in an interview. The trend was kept alive by Ishan Kishan as he made the best use of an interview opportunity to throw ice on Shane Bond, the bowling coach of Mumbai Indians.

Ishan Kishan was dropped from the Mumbai squad for their clash against Rajasthan Royals as his dip in form was glaring in the ongoing IPL. However, the young gun kept himself buoyed even after being axed from the team as he successfully managed to peeve Shane Bond.

The same trend started online, singling out Ishan Kishan for his outrageous prank on the former Kiwi express bowler. The joke starts off around the 45-second mark in the video, where Bond finally gets off-guard. You can watch video here.

Shane Bond was busy in the middle of a serious confab with the broadcasters when Ishan Kishan was spotted cheering for the team in the dugout. However, the youngster donned on his tutelage’s hat and started hurling ice at him midway.

Former KXIP all-rounder Jimmy Neesham followed suit but was haywire in terms of the target. Kishan expressed displeasure at the same as he looked obtusely at Neesham. However, the youngster then took over the reins and threw two more ice cubes at James Bond.

When Nick Knight asked whether Shane Bond was relishing his time with the team, he responded, “It’ll be better if I wasn’t getting ice thrown at the back of my head from these muckers behind!”

Ishan Kishan found himself in the thick of things on social media as fans started picking up the trend like wildfire. The young glovesman has struggled as he has only managed to garner 73 runs at a woeful strike rate of 82.95 in five games of the 2021 edition of the Indian Premier League.