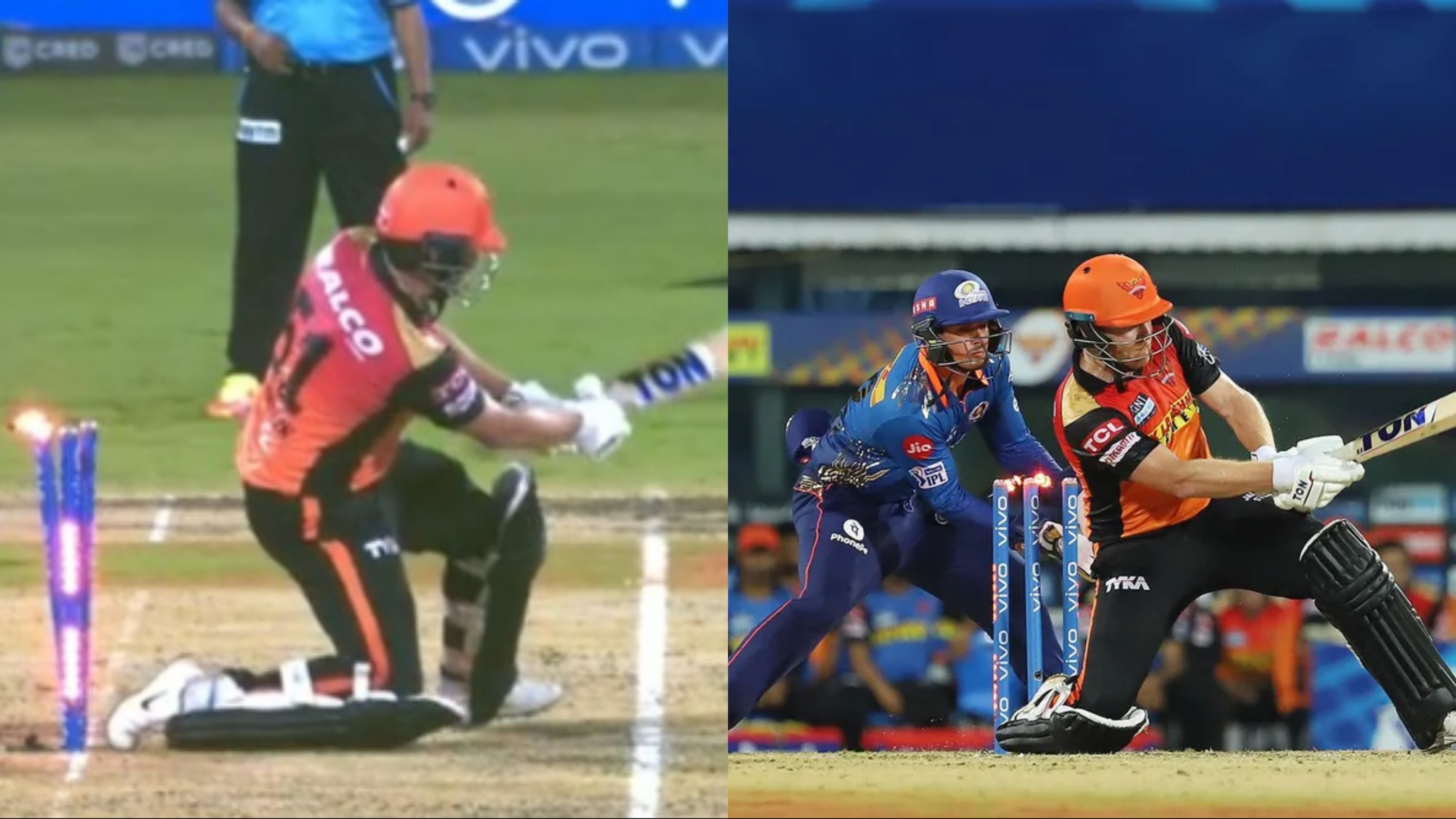 As Sunrisers Hyderabad was whacking their way to glory against the defending champions, a sudden turn of events from an unfortunate dismissal of Jonny Bairstow applied a screeching halt to the run-flow of the Orange Army.

With a modest total of 151 to chase down, Warner and Jonny Bairstow were off to a flying start, with the Englishman rocking the Mumbai bowling unit like a cannonball. After a few failed permutations and combinations, Bairstow was sent out to open the innings along with the Australian hard-hitter, and he dished out masterclass before the hapless unfolded.

Sunrisers were 67 for none from 7 overs that saw a set Warner and a marauding Bairstow tormenting the Mumbai bowlers. As Rohit Sharma handed over the ball to Krunal Pandya, he fired a skitter down the leg-stump, and in an attempt to smoke it down the leg-side, Bairstow got overwhelmingly close to the danger line.

Even before he could smoke it down in the third-man area, his feet kissed the timber, and he was declared hit-wicket to blaze the first fall of the wicket.

Can Mumbai Indians make a comeback after Jonny Bairstow's dismissal?

Mumbai has already had a lucky escape against Kolkata Knight Riders, who literally gifted them the game after complete dominance. Though it is a long way to go until now, as David Warner still lurks in the middle alongside debutant Virat Singh, things may turn again with the sudden thinning of the Sunrisers batting order.

The defending champions have failed to register a rock-solid performance with the bat in this tournament until now, and that has been the cause of their worry. However, Fortune has swayed with them, and some decent bowling efforts have helped them stay afloat in the fray.

Only time will tell whether this freak dismissal of Bairstow can help them to win the game or not, but Sunrisers are the closest to win this game if Warner can build from here.