Watch: When Rohit Sharma lost his cool after umpiring error 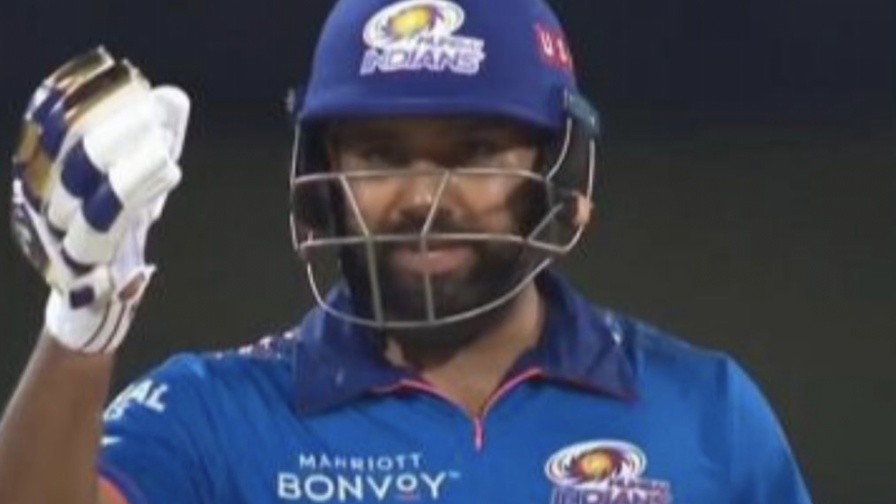 Rohit Sharma and co. suffered their second consecutive loss in IPL 2021 as the Punjab Kings beat them by nine wickets.

We are all aware of the fact that cricket has its hits and misses. At times, the cricketers swing and miss, and then there are fans who take up the responsibility to censure them in the strongest words that need a mind of steel to come out of.

Then there are the umpires who are supposed to manage the on-field affairs like signaling the boundaries, which is relatively a much easier job than the ones of showing the exit to the players, especially renowned ones and that too on the day when the one at the other end looks aflame with scintillating form.

In one such incident, Rohit Sharma exhibited dissent against umpire Chettihody Shamshuddin because he adjudged him dismissed, wherein the Mumbai Indians captain felt that there was absolutely no nick in it at all.

Rohit’s carefree attitude has always left the fans entertained, and in one such carefree gesture, he walked up to the umpire and, without even speaking a word, showed an extended hand, then in the Indian context will speak those ineffable words which state that what is wrong with this man.

Though the decision was later overturned, considering that it didn’t kiss the Hitman’s blade, yet what was more intimidating under those disastrous circumstances was that the fans might go to battle.

Rohit Sharma was the solitary shaft of hope for Mumbai Indians today as they could only manage to score 131 for the loss of 6. Suryakumar Yadav played a decent role that provided support to the captain but wasn’t significant enough to pen a historic turnaround.

Despite, a rollicking showdown from their bowlers, their batters have failed to live up to the expectations which were saddled onto them ever since this year’s tournament with Hardik Pandya and Ishan Kishan being the most disappointing of the lot.