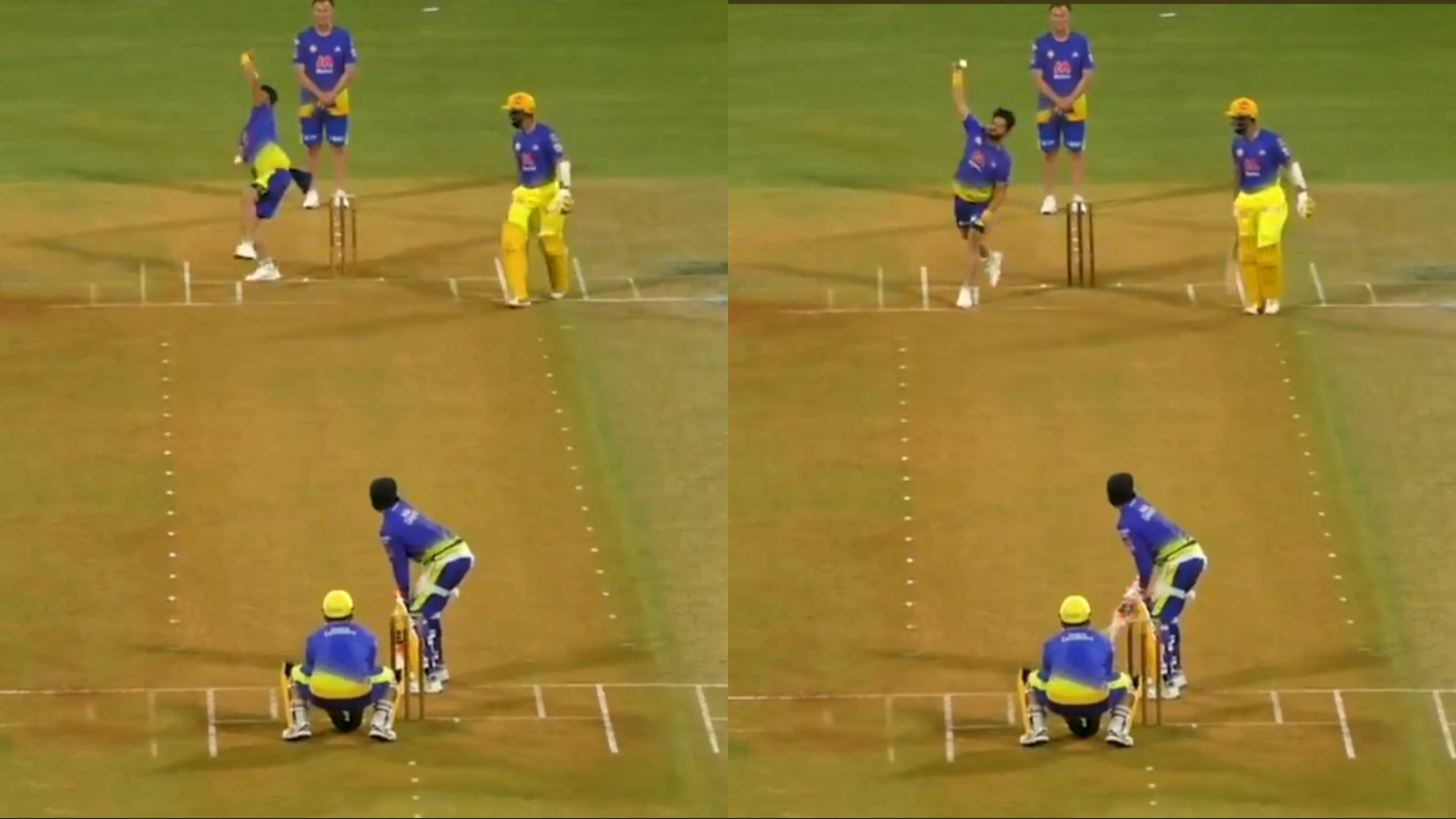 Suresh Raina will make his return to the IPL this year as a part of the Chennai Super Kings team. The southpaw missed the previous edition of the Indian Premier League owing to some personal reasons.

Raina will be a key player for the Chennai Super Kings as always. His batting and fielding have been excellent over the years. Also, the all-rounder has contributed his bit with the ball whenever captain MS Dhoni has asked him to bowl a few overs of off-spin in the middle.

To ensure that he is in shape to bowl well during the IPL season, Suresh Raina has been working hard on his bowling in the practice sessions. In a video shared by CSK on Twitter featuring the highlights of the Chennai Super Kings’ intra-squad training game, Raina bowled for his team.

His off-spin looked great. Recently, in the 2021 Syed Mushtaq Ali Trophy, Suresh Raina had grabbed the headlines for executing a phenomenal run out off his own bowling while donning the Uttar Pradesh cricket team’s jersey.

You can watch the highlights of the Chennai Super Kings training game here, where Suresh Raina’s bowling is also there at the 1:13 mark. Here is the video of the highlights package.

Suresh Raina has bowled 154.2 overs in the IPL for the Chennai Super Kings and the Gujarat Lions. Speaking of his numbers with the ball in CSK colors, Raina has picked up 24 wickets in 129.2 overs at a strike rate of 32.33.

His economy rate with the ball is 7.22 only, which is much better than many regular bowlers. Suresh Raina’s primary work with the ball is to ensure that the opposition batsmen do not score big in the middle overs.

As the runs dry up, the players come under pressure, and try to play an aggressive shot, which ultimately results in the fall of a wicket. It will be interesting to see how Suresh Raina bowls for the Chennai Super Kings in the 2021 edition of the Indian Premier League.