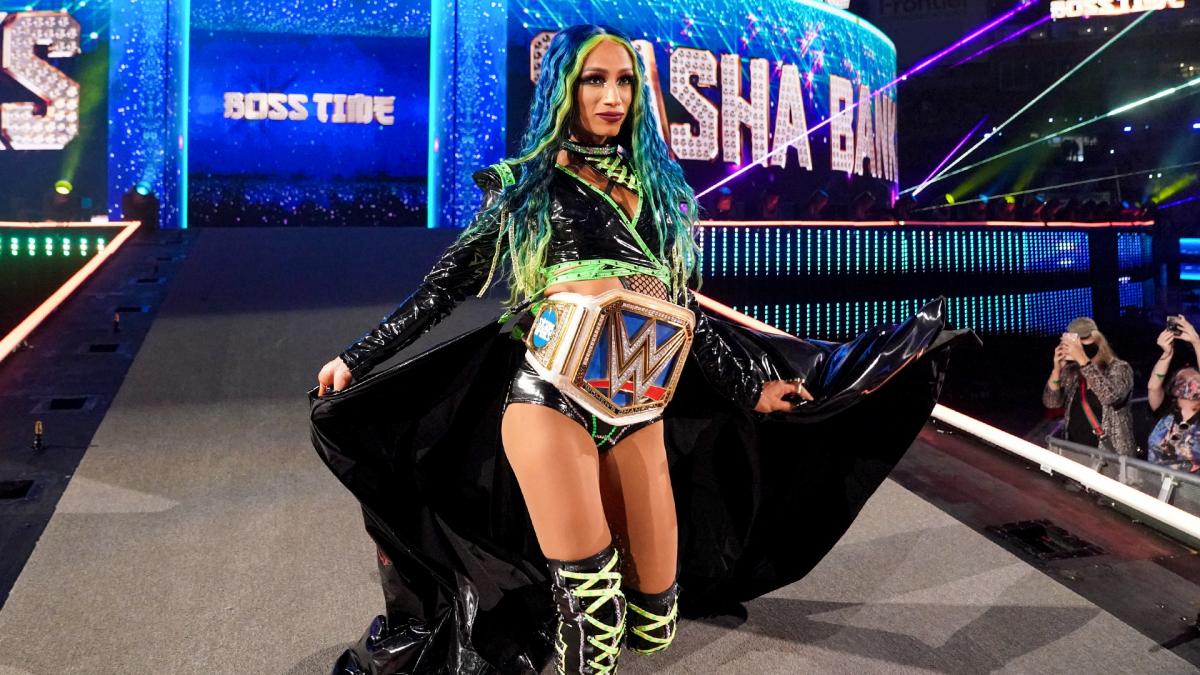 Sasha Banks made history last night by becoming the first woman to defend her championship in a singles match in the main event of WrestleMania. She went one-on-one with the 2021 WWE Women’s Royal Rumble winner Bianca Belair.

The buildup for this match was average. However, both Superstars surpassed expectations with a stellar bout at The Grandest Stage of ‘Em All. Sasha Banks and Bianca Belair brought their ‘A’ game to the table to deliver an instant classic to the fans.

Apart from the match quality, another thing that caught the fans’ eyes was Sasha Banks’ unique look. Generally, The Blueprint has her hair blue and wears in-ring gears of soothing colors. However, at WrestleMania 37, Banks preferred a pair of green and blue. She even had her hair green for this special event.

When one closes sees the way Sasha Banks carried herself with her new look, it seemed as if the green addition to the blue was to suggest her supremacy in terms of in-ring achievements and experience against Bianca Belair.

Bianca had made her debut at last year’s WrestleMania only. On the other side, Sasha Banks was competing in her sixth WrestleMania match. Also, Banks had defeated some reputed names like Bayley and Carmella on her road to WrestleMania.

Thus, this could be the meaning behind her WrestleMania attire. It will be exciting to see what’s next for Sasha Banks following her defeat against Bianca Belair at WrestleMania 37. Perhaps, we could see a rematch between these two female Superstars at WWE’s next pay-per-view event soon.