When WWE Superstar Bayley disclosed the name of her crush 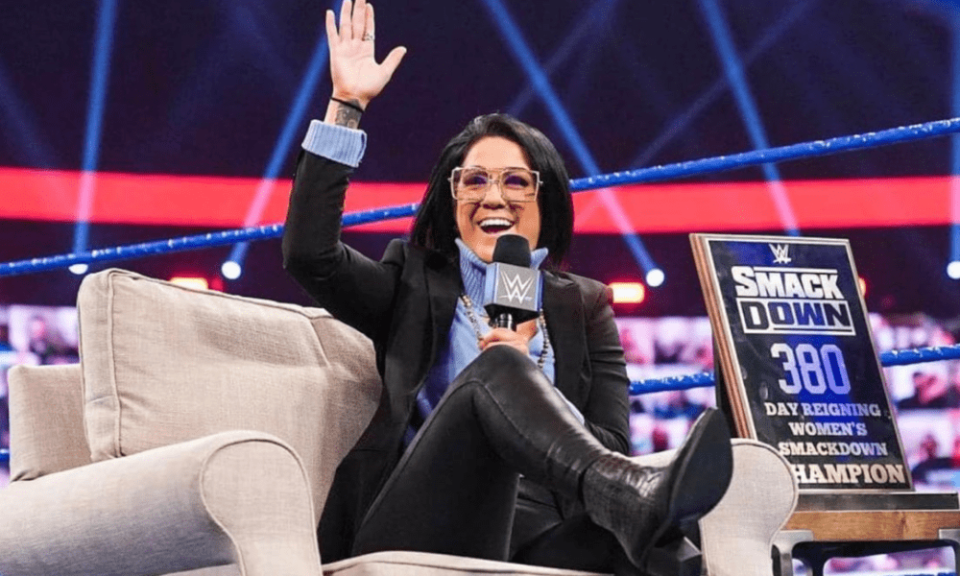 WWE SmackDown Superstar Bayley has become one of the big names in the company. She had a career-defining reign as the SmackDown Women’s Champion last year.

Many fans dubbed Bayley as John Cena 2.0 when she was in NXT. The female star then portrayed a face character, which was quite over with the fans.

However, her character became a bit stale on the main roster. As a result, WWE Creative decided to turn her heel. This decision proved to be a masterstroke as Bayley had the longest reign as the SmackDown Women’s Champion after turning heel.

Bayley had rivalries with the top female Superstars on the Blue brand, and she held on to her title until Sasha Banks took it from her at the WWE Hell in a Cell pay-per-view event.

Banks had a lengthy run at the top before Bianca Belair dethroned her. Now, Bayley is back in the championship picture as she will go one-on-one with the new champion Bianca Belair at WWE WrestleMania Backlash 2021.

Who was the childhood celebrity crush of Bayley?

While Banks named Fast and Furious star Vin Diesel, her former tag team partner Bayley named Tyson Beckford. In case you didn’t know, Tyson is an American model and actor, who became famous as a Ralph Lauren Polo model. He was born on December 19, 1970 and recently celebrated his 50th birthday.

As far as Bayley is concerned, the former SmackDown Women’s Champion will look to regain her title at the upcoming WWE pay-per-view event. Since Bianca has just won the championship, it seems unlikely that WWE will book Bayley to capture the title at WrestleMania Backlash.