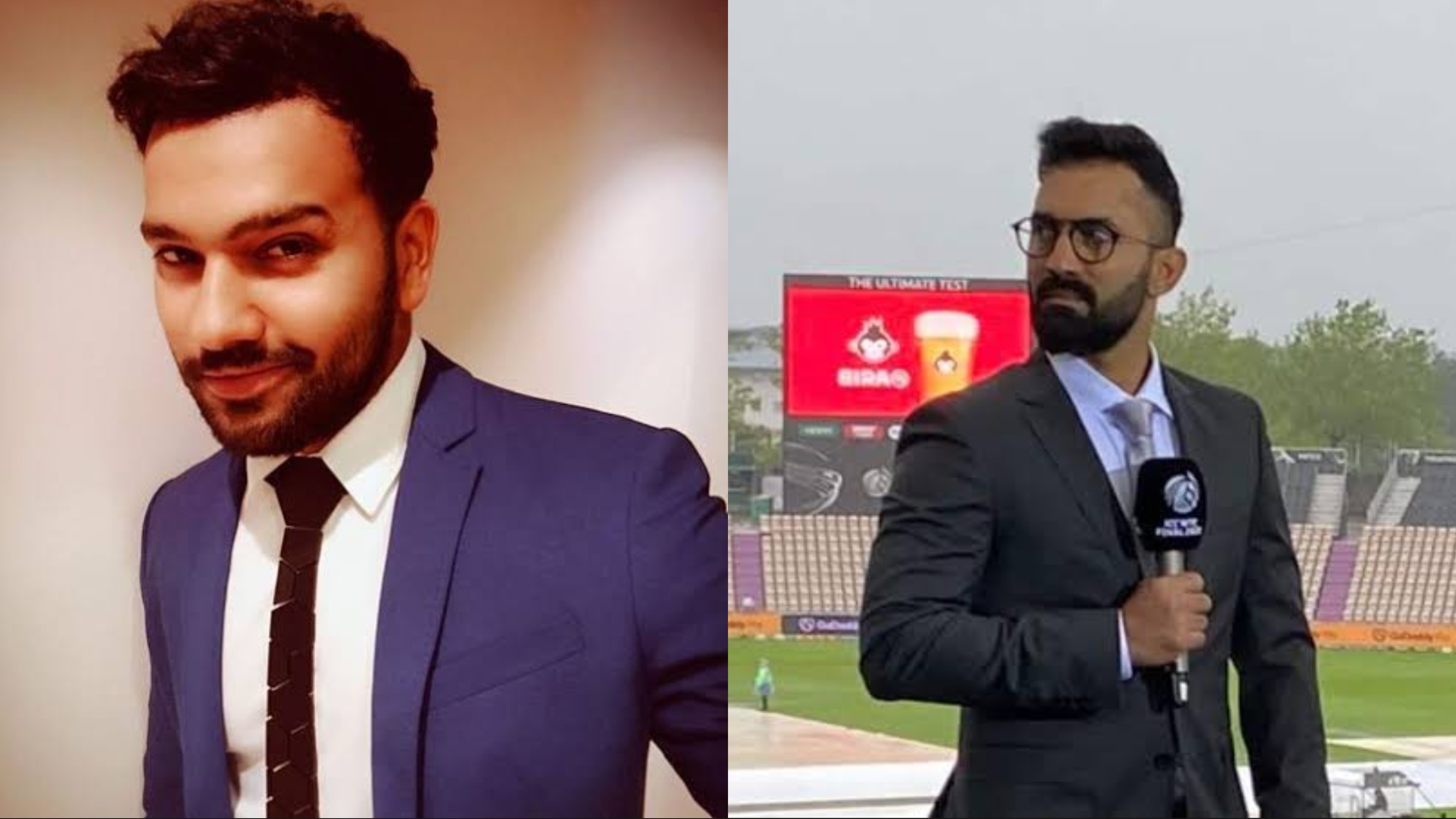 All the on-tv-spectators of cricket are very well aware of a new name that has popped up in the recent Indian series. Although not on the team sheet, the list of commentators.

Dinesh Karthik, The experienced wicketkeeper, has had a memorable opening stint as a commentator in England. His remarks and opinions about the game show how well-versed he is about the game. His analysis on the microphone has left the fans shook. We all like some insights about our favorite cricket stars’ performances, don’t we?

It has been a pleasure listening to the Tamil Nadu Captain in the commentary box. He has brought excitement amongst the fans because he is yet so popular and capable of playing cricket.

On July the 14th, Dinesh Karthik took to Instagram, shared some of his pictures from his commentary exposure, and focused on his stylish attires. Fans and Cricket Lovers praised the 36-year-old in high regard instantly.

Indian Cricket Team opener Rohit Sharma expressed a reminder to his colleague. “You still have some cricket left. FYI,” the Mumbai Indians captain commented. Honestly, a cricketer only resorts to commentary when their playing days are numbered. However, retirement doesn’t seem the immediate move for Karthik. To the comment, the Kolkata Knight Riders player replied, “@rohitsharma45, don’t ever doubt that, Sham”.

Karthik is raring to have a go at the cricket pitch. He has had a season to forget, as he could not contribute much to the seven games already played. His next task is the upcoming IPL remainder later this year. He is an experienced campaigner for the team and will be hoping for a better run in the rest of the season.

Meanwhile, Rohit Sharma is preparing for the upcoming test series against England on away soil. He had a decent opening run in the World Test Championship final and will be hoping to have a better outing against the English.